Prof. Goodchild is awarded University Consortium of Geographical Information Science (UCGIS) Fellow status in recognition of his leadership, contributions to UCGIS, and his remarkable impact on the field of GIScience. Goodchild is the Jack and Laura Dangermond Chair of Geography and Professor of Geography at the University of California, Santa Barbara (UCSB). He is a graduate of the University of Cambridge in physics (1965) and earned a Ph. D. in geography at McMaster University in 1969. He is recognized as the leading academic GIS practitioner in the world. He was elected member of the United States National Academy of Sciences and Foreign Member of the Royal Society of Canada and of the Royal Society of the British Academy. He has been awarded four honorary doctorates and France’s Prix Vautrin Lud. He serves on the editorial boards of ten journals and has had published 15 books and 400 articles. He was editor of the journal Geographical Analysis and of the Methods, Models, and Geographic Information Sciences section of the Annals of the Association of American Geographers. He was Chair of the National Research Council’s Mapping Science Committee. Currently he is Director of UCSB’s Center for Spatial Studies which he helped establish.

Prof. Batty is Bartlett Professor of Planning at University College London where he is Chair of the Centre for Advanced Spatial Analysis (CASA). He has worked on computer models of cities and their visualisation since the 1970s and has published several books, such as Cities and Complexity (MIT Press, 2005) and The New Science of Cities (MIT Press, 2013). Both books won the Alonso Prize of the North American Regional Science Association. His most recent book Inventing Future Cities was published by MIT Press in late 2018.  His blogs www.complexcity.info cover the science underpinning the technology of cities and his posts and lectures on big data and smart cities are at www.spatialcomplexity.info. Prior to his current position, he was Professor of City Planning and Dean of the School of Environmental Design at the University of Wales at Cardiff from 1979 to 1990 and then Director of the National Center for Geographic Information and Analysis at the State University of New York at Buffalo from 1990 to 1995. He is a Fellow of the British Academy (FBA) and the Royal Society (FRS), was awarded the CBE in the Queen’s Birthday Honours in 2004 and the 2013 recipient of the Lauréat Prix International de Géographie Vautrin Lud. In 2015 he received the Gold Medal of the Royal Geographical Society for his work on the science of cities. In 2016, he received the Senior Scholar Award of the Complex Systems Society and the Gold Medal of the Royal Town Planning Institute. In 2018, he was awarded the Waldo Tobler prize for GI Science of the Austrian Academy of Sciences and in 2019, he was elected as a Fellow of the Regional Science Association. 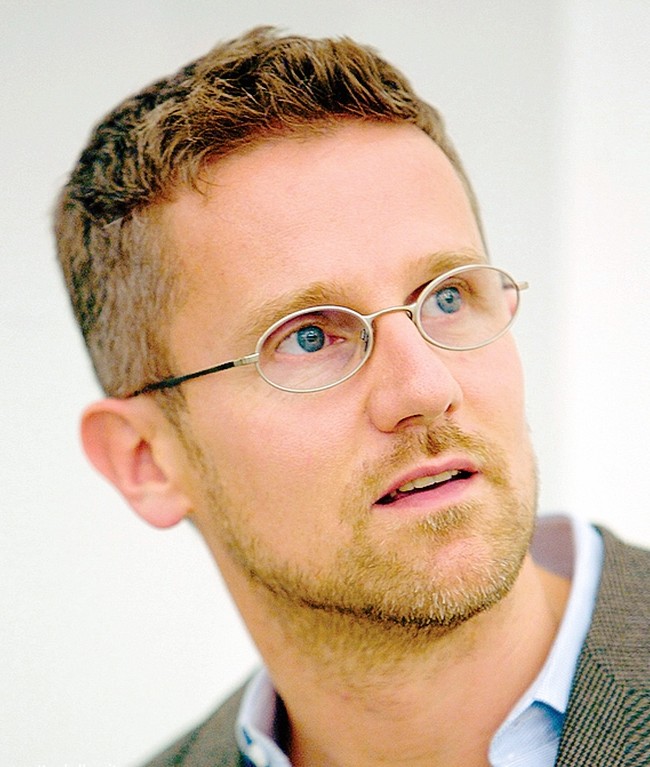 An architect and engineer by training, Professor Carlo Ratti teaches at MIT, where he directs the Senseable City Laboratory, and is a founding partner of the international design and innovation practice Carlo Ratti Associati. A leading voice in the debate on new technologies’ impact on urban life, his work has been exhibited in several venues worldwide, including the Venice Biennale, New York’s MoMA, London’s Science Museum, and Barcelona’s Design Museum. Two of his projects – the Digital Water Pavilion and the Copenhagen Wheel – were hailed by Time Magazine as ‘Best Inventions of the Year’. He has been included in Wired Magazine’s ‘Smart List: 50 people who will change the world’. He is currently serving as co-chair of the World Economic Forum’s Global Future Councilon Cities and Urbanization, and as special advisor on Urban Innovation to the European Commission.
For further information visit www.carloratti.com and senseable.mit.edu

Prof. Yeh joined the Centre in 1981 after working as a Research Officer of the Strategic Planning Unit of the Hong Kong Government. He is now the Chair Professor of Department of Urban Planning and Design, Director of the Geographic Information Systems (GIS) Research Centre and the Deputy Convenor of Contemporary China Studies Strategic Research Area of the University. He has been the Dean of the Graduate School, Director of Centre of Urban Studies and Urban Planning, Director of Institute of Transport Studies and Head of Department of Urban Planning and Design, My main areas of specialization are urban planning and development in Hong Kong, China, and SE Asia, and the applications of geographic information systems in urban and regional planning. He was elected as an Academician of the Chinese Academy of Sciences in 2003, Fellow of TWAS (The Academy of Sciences for the Developing World) in 2010, and Academician of the Academy of Social Sciences in UK in 2013. He was the recipient of the 2008 UN-HABITAT Lecture Award in recognition of outstanding and sustained contribution to research, thinking and practice in human settlements development and planning and 2012 Dr. Gill-Chin Lim Global Award presented in the 53rd Annual Conference of Association of Collegiate Schools of Planning (ACSP) held in Cincinnati, USA, in November 2012, in recognition of global commitment and leadership as a scholar and an educator in the field of humanistic globalization. He is at present President of Asia Geographic Information System Association. He was Secretary-General of the Asian Planning Schools Association (APSA) and Asia Geographic Information System Association.He has been Chairman of the Hong Kong Geographical Association, Vice-President of the Hong Kong Institute of Planners (HKIP), Vice-president of the Commonwealth Association of Planners (CAP), Programme Director of the Geographic/Land Information Technology Programme of the Commonwealth Association of Planners (CAP), Founding President of the Hong Kong Geographic Information System Association (HKGISA), and Chairman of the Geographic Information Science Commission of the International Geographic Union (IGU). He is also honorary professor at various major universities and research institutes in China, including Institute of Geography, Beijing; Tongji University, Shanghai; Zhongshan University, Guangzhou, and Wuhan University, Wuhan. Apart from working in Hong Kong and China, He has done fieldwork in Thailand, Malaysia, Japan, Taiwan, and the Philippines. He has been invited to attend many expert group meetings of the United Nations Centre of Regional Development (UNCRD) and United Nations Educational, Scientific and Cultural Organization (UNESCO). He has conducted many CPD training courses on urban planning and management and geographic information systems in Hong Kong and China. He has served on various planning related bodies of the Hong Kong Government. At present He is a member of the editorial board of Computers, Environment and Urban System, Transactions in GIS, Progress in Planning, International Planning Studies and other international journals. He has been a member of the Planners Registration Board, Transport Advisory Committee, Town Planning Appeal Board, Member of the Pan-PRD Panel of the Central Policy Unit and Chairman of the Transport Complaint Unit of the Hong Kong SAR Government. At present, He is a member of the Appeal Tribunal (Buildings Ordinance). He has been invited to participate in many expert group meetings on master plans of Chinese cities, such as Guangzhou, Zhuhai, Shenzhen, and Hangzhou.

Academician of Chinese Academy of Sciences;
Research Professor and Deputy Director of the Institute of Geographical Sciences and Natural Resources;
Director of the State Key Laboratory of Resources and Environment Information System, China

Prof. Chenghu Zhou is an academician of CAS and Research Professor and Deputy Director of the Institute of Geographical Sciences and Natural Resources, CAS; he is also the Director of the State Key Laboratory of Resources and Environment Information System.He is one of IGU Vice-President and the vice-chair of the commission on Geographical Information Science. He chairs the Environmental Remote Sensing Division and Hydrology Commission of the Chinese Geography Society; and Professional Committee of Chinese GIS Association. He is a member of the expert panel of China 863 Program in marine sciences;invited honorary commissioner of the Ministry of Land and Resources. His major research interests include spatial and temporal data mining, geographic modeling, hydrology and water resources and geographic information systems and remote sensing applications. He organized and participated in some key programs and projects such as "Remote sensing monitoring of major natural disaster events and its operational evaluation", "Comprehensive Environmental Remote Sensing study of Hong Kong","Multi-Resolution Land Use & Land Cover study". In the past 5 years, he was awarded with four National S&T Progress Awards (second place); three provincial and Ministry level Science and Technology awards (first prize).

Prof. Li Qingquan, President of Shenzhen University. He is professor, doctor in engineering and doctoral supervisor. Professor Li is a chief scientist of national “973 project”and “863 project”. As a national talent, he is a member of the Science and Technology Committee of the Ministry of Education, an academician of the Eurasian Academy of Sciences, a winner of the He Liang Heli Science and Technology Progress Award, and the recipient of the State Council special allowance.

Professor Li is Vice Chairman of China Society of Surveying and Mapping, and Vice Chairman of China Geographic Information Industry Association. He has long been engaged in the theoretical and applied research of dynamic precision engineering measurement, he also has combined surveying and mapping theory with information tools and engineering problems so as to conduct multidisciplinary research. As a result, he has constructed dynamic precision engineering measurement theory and method, created technical methods for major engineering applications such as high-precision dynamic detection of roads, digital restoration of cultural heritages, and detection of urban dynamic change laws. He has brought about the basic research (thesis) to technical methods (patents) to Systematic innovation in equipment development (products). He has exerted a great influence on the field of precision engineering measurement in China. 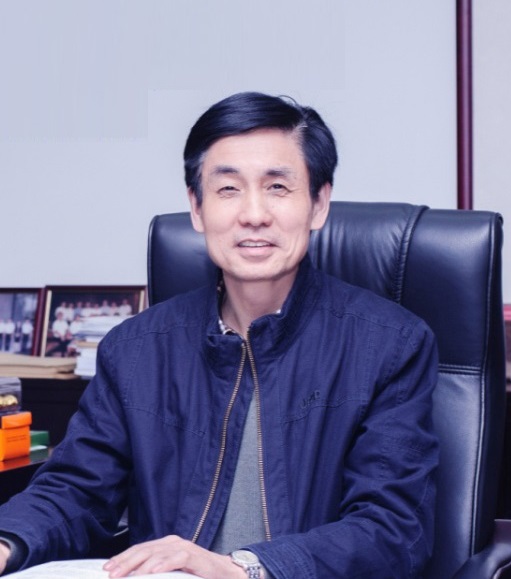 Prof. Renzhong GUO was born in Jiangsu, China. He is member of the Chinese Academy of Engineering. He received the B.S. and M.S. degrees from Wuhan University, Wuhan, China, in 1984, and the Ph.D. degree in Geography from University of Franche-Comté, Besançon, France, in 1990. He is currently a professor and the dean of the Research Institute for Smart Cities, School of Architecture and Urban Planning, Shenzhen University, Shenzhen, China.

He has been engaged in research and development of Cartography, GIS, and Construction Strategy of Digital City for a long time. Great achievements are also be made in theories and methods of Geographical Information System, Information Engineering of Land Resource Management. 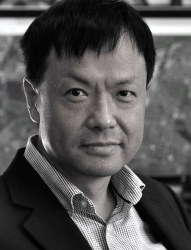 Dr. Ying Jin is a University Reader in Architecture and Urbanism at Cambridge.  He first developed a practitioner career as a specialist consultant on land use planning, transport modelling and collaborative urban design in the UK, Europe, Asia, Latin America and the World Bank.  He returned to teaching in 2009 at Cambridge, and since 2012 leads the research there on predictive models for planning and design in cities.  Ying is currently working on model-based radical development scenarios for the UK2070 Commission, an inquiry into regional inequalities and a new framework for action across the countries in the UK.  He is the Director of the Martin Centre, a leading academic institution on land use, built form and integrative design for more than 50 years.  He is also an active member of several interdisciplinary Cambridge initiatives, including his appointment as an inaugural Visiting Fellow at the Bennett Institute for Public Policy. 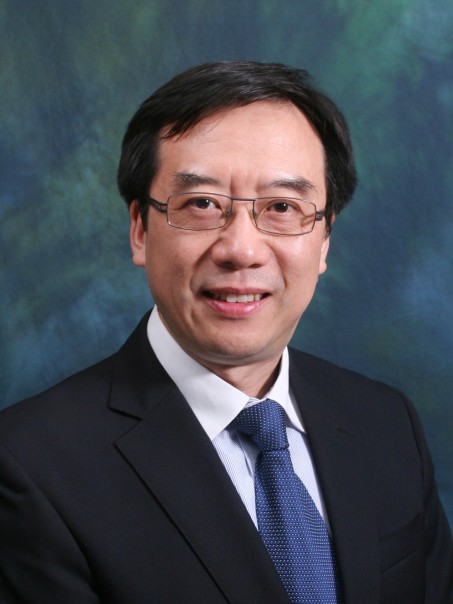 Prof Shi is Head of Department of Land Surveying and Geo-Informatics, Otto Poon Charitable Foundation Professor in Urban Informatics, Chair Professor in GISci and remote sensing, Director of Laboratory for Smart City and Spatial Big Data Analytics, The Hong Kong Polytechnic University. He obtained his doctoral degree from University of Osnabrück in Vechta, Germany in 1994.

Prof Shi served as President of Commission II for International Society for Photogrammetry and Remote Sensing (2008-2012), President for Hong Kong Geographic Information System Association (2001-2003). He also serves as an editorial board member for a number of international journals. He has published more than 400 scientific articles (with over 200 SCI papers) and 15 books. He received a number of prestige awards, including an award from International Society of Photogrammetry and Remote Sensing and Natural Science Award from the State Council, China.