PolyU 85th Anniversary: FH-FB Joint Distinguished Lecture: Venturing into Chinese culture: A pilgrim psychologist’s Journey to the West to find the City of Light in the East 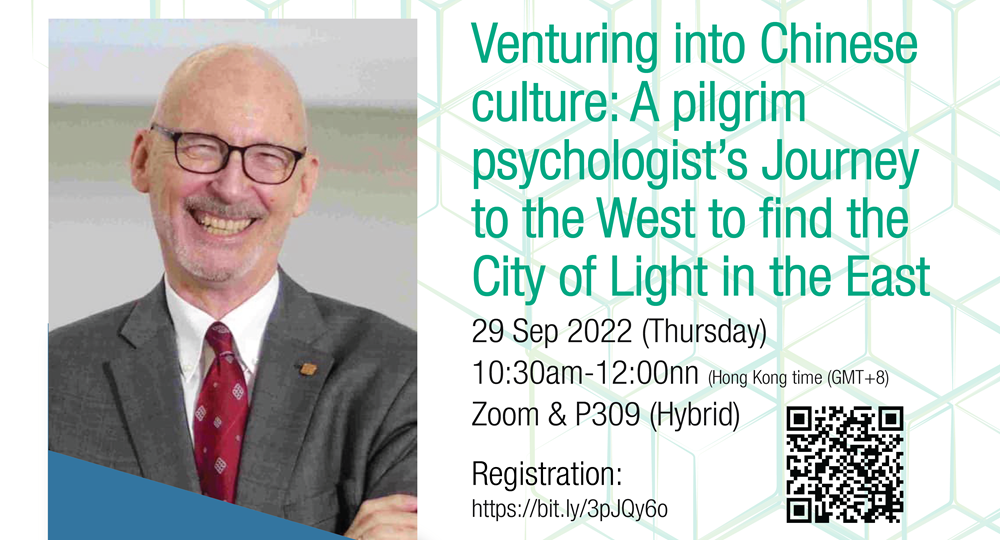 What is “the golden thread” that would enable cross-cultural psychologists to explain the distinctive patterns of Chinese cognition, emotions, and behavior? In my 50-year quest to “unweave this rainbow”, I have participated in four successive stages in the developmental trajectory of Chinese psychology, as more and more Chinese psychologists have joined the international community of scholars to discover the password that will unlock the program for the Chinese person’s “heart-mind”, my “City of Light”. Using personages from the history of science, I have labelled these successive stages the Aristotelian-descriptive, the Linnaean-mapping, the Wundtian-explanatory, and the Bronfenbrennerian- contextualizing. Each emerging stage has been characterized by empirical research that provoked scholarly thinking about how to explain the distinctive pattern of Chinese psychological responding to the complex world that all humans confront everywhere. In this presentation, I describe these four stages, discuss some helpful theorizing that emerged at each stage, and suggest some ways forward in our questioning. The search for “the golden thread” of Chinese culture has evolved into a multi-colored tapestry integrating the contributions of evolutionary anthropologists, comparative sociologists, economists, linguists, political scientists, and psychologists, each confronting the legendary Sufi elephant in the dark room from their disciplinary perspective. What emerges from this relentless conflux is a galaxy of contemporary answers to the Confucian claim that, “Within the four seas, all person are siblings”.

About the speaker
Michael Harris Bond (BA from University of Toronto; PhD from Stanford University) was born and raised by Anglo-Canadian parents in Toronto, Canada. He has practised as an academic in Hong Kong over the last 48 years and written widely on cultural differences in cognition, emotions, and behavior, integrating this research work most recently as co-author of Understanding social psychology across cultures (Sage, 2013). He teaches “Cross-cultural management” at the Faculty of Business, The Hong Kong Polytechnic University and collaborates with colleagues internationally doing multi-cultural research on trust, religiosity, morality, and life satisfaction, but worries about the fate of our planet earth. 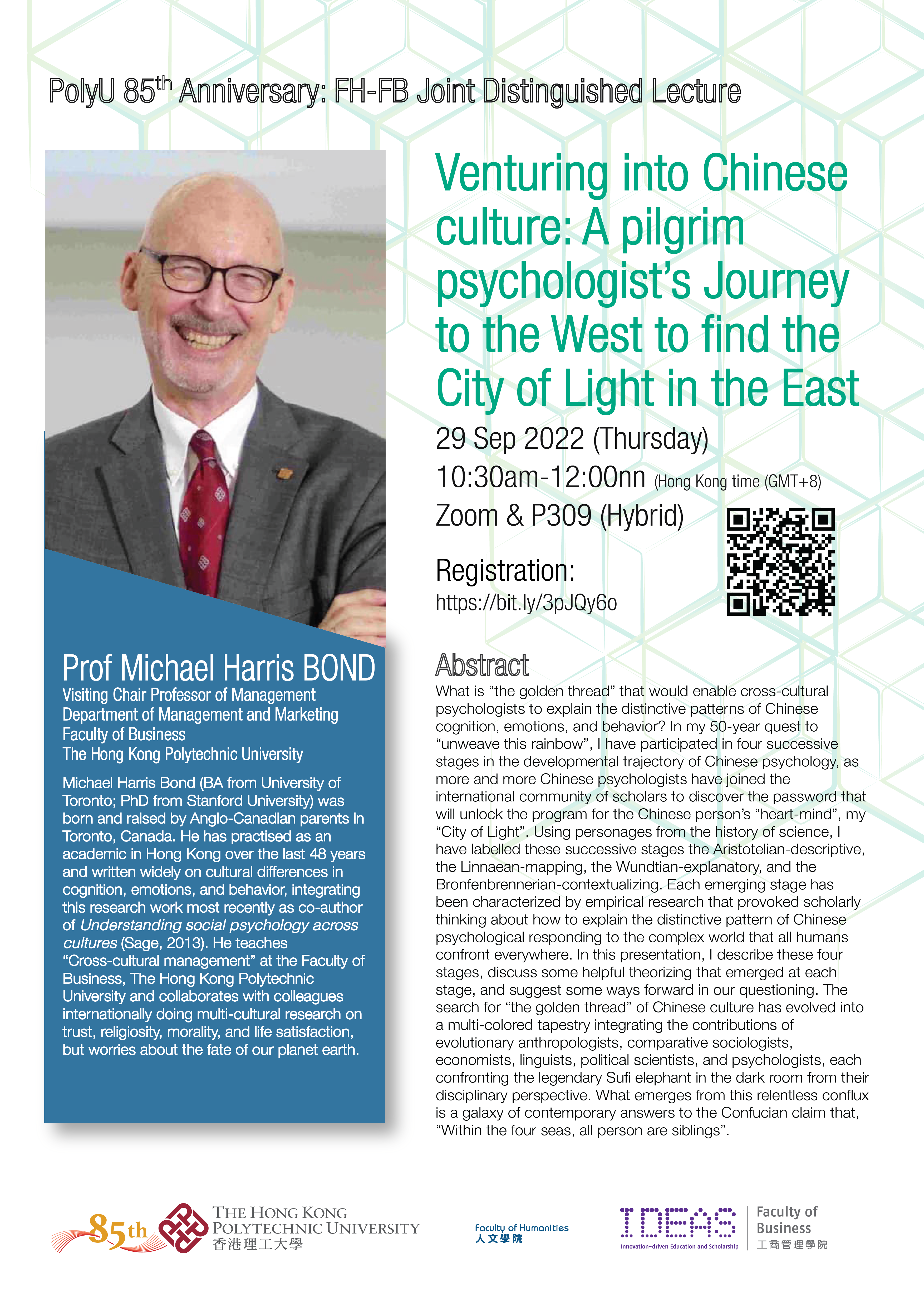