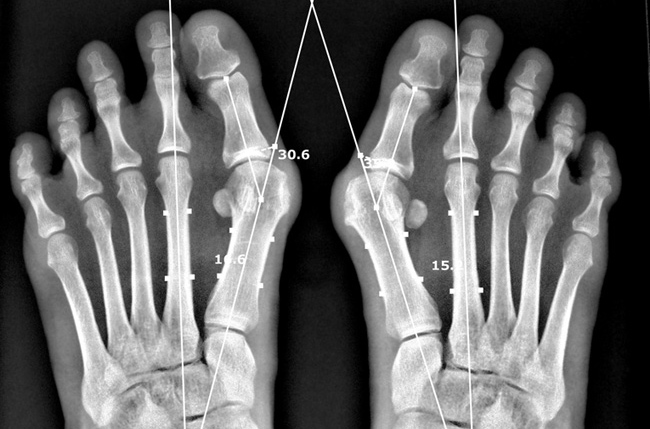 A joint study by PolyU and the Center for Non-Bone-Breaking Bunion Surgery has shown that “Syndesmosis” can improve foot functioning in patients with bunions.

Consider a woman who habitually wears high-heeled, pointed shoes and suffers from constant or relapsing pain and inflammation. One day, with a big bump to her toes, she cannot walk without severe pain in her feet, calves and back. Bone-breaking surgery can help remedy her problem, but she is worried about the associated pain, metatarsal fractures or secondary problems that might arise from the surgery and refuses her orthopedist’s advice. Indeed, many women have similar concerns about such surgery and look for alternatives. 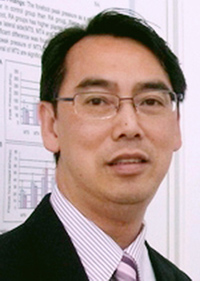 In Hong Kong, approximately one-third of women have bunions, which not only affect the foot’s appearance but also cause pain and walking problems. Now, this condition can be remedied without breaking bones.

Introduced to Hong Kong by orthopedist Dr Daniel Wu Yiang, the non-bone-breaking approach “Syndesmosis” can re-align and re-stabilize the displaced but normal bones of the bunion foot by tying the displaced and loose first metatarsal bone to the adjacent second metatarsal bone. This triggers the body to create a syndesmosis fibrous bridge to connect and stabilize the bones. An impressive 90% success rate and rapid recovery are the results of this approach. 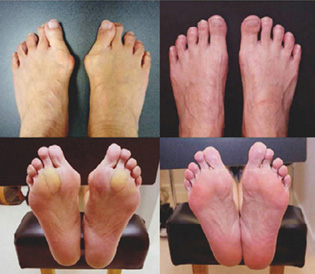 Feet shape before (left) and after (right) surgery

In collaboration with the Center for Non-Bone-Breaking Bunion Surgery, Dr Aaron Leung Kam-lun at PolyU’s Interdisciplinary Division of Biomedical Engineering conducted a retrospective study that assessed 27 patients’ foot functioning after the bilateral Syndemosis procedure from mid-2008 to early-2009. Study participants walked in flat shoes with insole sensors; plantar pressure was measured and analyzed while they were walking.

The findings indicated that in the two years after the procedure was conducted, patients’ mean maximum force under the hallux region increased significantly from 20.6% to 35.2% of body weight and that of the second and third metatarsal bones decreased from 43.9% to 34.2%. These changes indicate the restoration of hallux functioning and a reduction in pain, allowing patients to walk with force on areas they previously could not. In summary, the study confirmed the effectiveness of non-bone-breaking Syndesmosis in restoring foot functioning in patients with bunions.  ♦