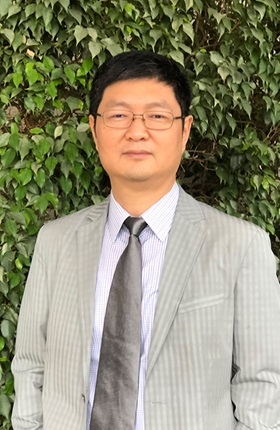 Prof. Zhang (M’04, SM’14) received the B.Sc. degree in 1995 from Shenyang Institute of Aeronautical Engineering, Shenyang, P.R. China, the M.Sc. and Ph.D degrees in Control Theory and Engineering from Northwestern Polytechnical University, Xi’an, P.R. China, respectively in 1998 and 2001. From 2001 to 2002, he was a research associate in the Dept. of Computing, The Hong Kong Polytechnic University. From Jan. 2003 to Jan. 2006 he worked as a Postdoctoral Fellow in the Dept. of Electrical and Computer Engineering, McMaster University, Canada. In 2006, he joined the Dept. of Computing, The Hong Kong Polytechnic University, as an Assistant Professor. He was promoted to Associate Professor in Sept. 2010 and to Professor in Jul. 2015, and has been a Chair Professor in the same department since Jul. 2017. His research interests include Image and Video Processing, Computer Vision, Pattern Recognition and Biometrics, etc. Prof. Zhang has published more than 200 papers in those areas. According to Google Scholar, his works have been cited more than 12,000 times and his H-index is 55. Prof. Zhang is currently an Associate Editor of IEEE Trans. on Image Processing, IEEE Trans. on CSVT, Image and Vision Computing, etc. He was awarded the 2013 Faculty Award in Research and Scholarly Activities. More information can be found in his homepage.