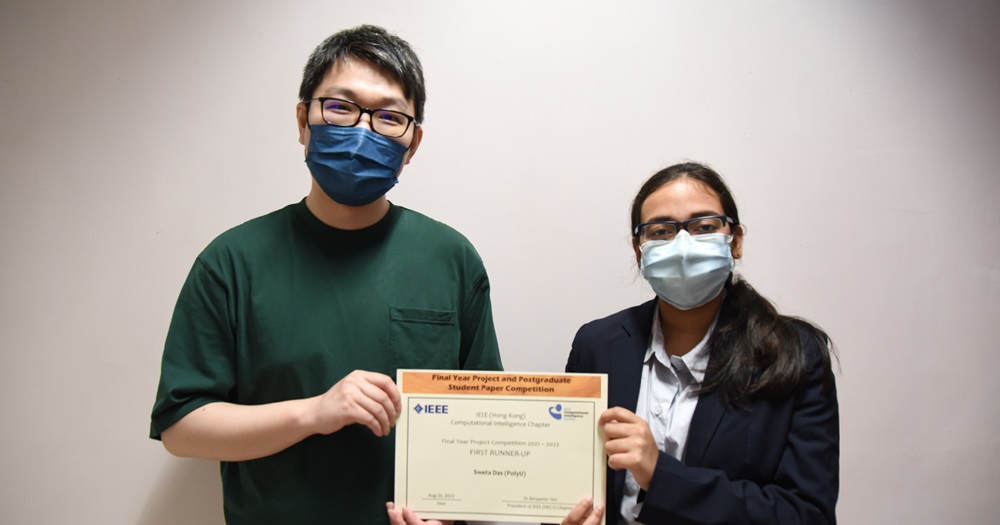 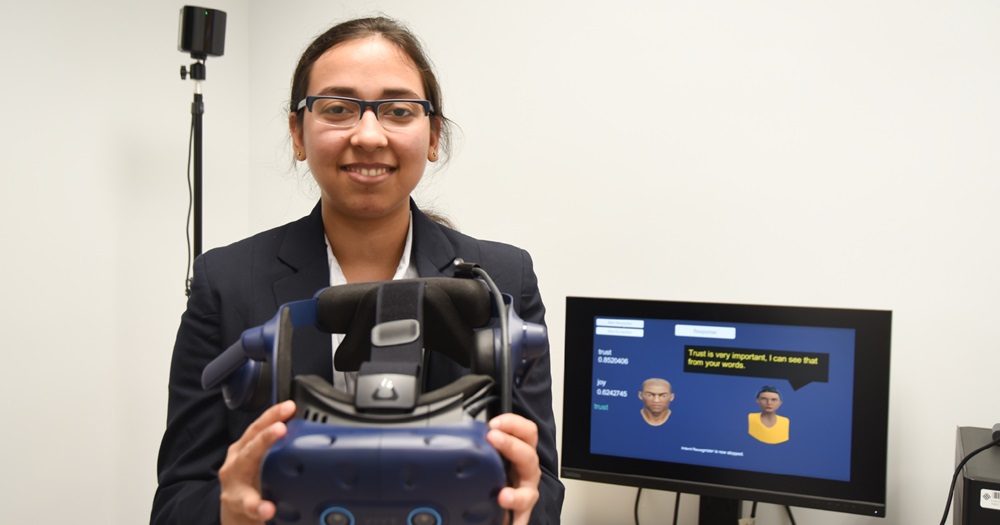 Sweta Das, our recent graduate of BSc (Hons) in Computing, received the first runner-up award in the competition with her capstone project titled “Affective Awareness Agents in Virtual Reality”. The project aims to create an affective awareness agent, which can understand the user’s emotions from multiple input channels and make responses in support of VR.

Analysis of speech or facial expressions alone usually depicts human emotions inaccurately. The awarded project addresses these limits and examines the emotions of users with both speech and facial recognition. The speech of the user is captured in the microphone, while the facial expressions of the lower mouth are captured through the facial tracker attached to the headset. In return for the inputs, an agent replies by lip synchronising the response to the user according to the emotion analysed. The project was inspired by a few successful research projects published in academia and industry.

Dr LI Chen Richard, COMP Research Assistant Professor, is the supervisor of the project. “I am thankful to Dr Richard Li for his invaluable guidance and support throughout”, said Sweta.