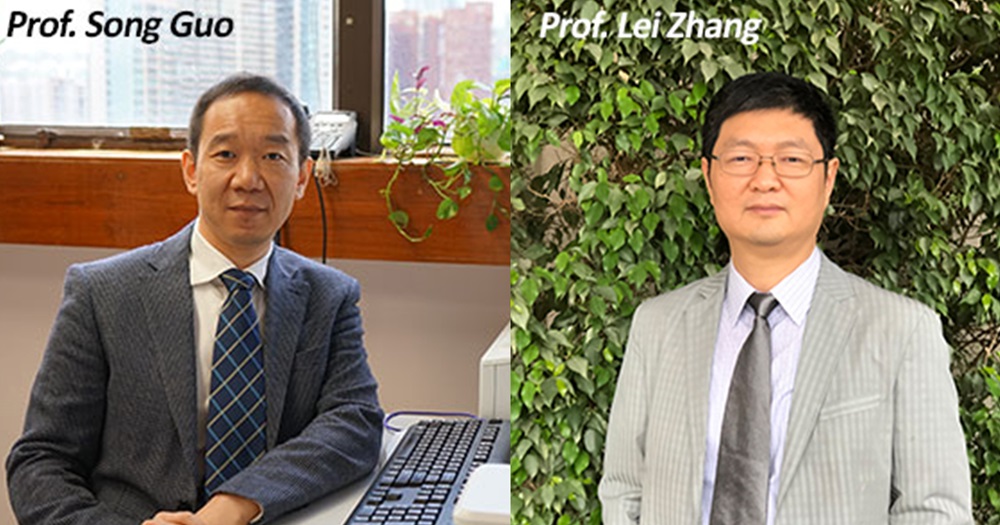 We are proud to announce that Prof. Song Guo, Professor, and Prof. Lei Zhang, Chair Professor of Computer Vision and Image Analysis, have been recognised in the list of Highly Cited Researchers 2021 by Clarivate Analytics for their exceptional research and scientific impact in the field of Computer Science and Engineering respectively.

Prof. Guo conducts research mainly in the areas of Big Data, Edge AI, Mobile Computing, Machine Learning and Distributed Systems. He is an IEEE Fellow and the Editor-in-Chief of IEEE Open Journal of the Computer Society. He has also served on the editorial board of prestigious international journals. This is the second year in a row for Prof. Guo being named a Highly Cited Researcher.

Prof. Zhang is an IEEE Fellow and he has been named a Highly Cited Researcher for the seventh consecutive year. His research interests include Image and Video Processing, Computer Vision, Pattern Recognition and Biometrics, etc. and he has published more than 300 papers in these areas. According to Google Scholar, his works have been cited more than 67,000 times and his h-index is 125.

Clarivate™ Highly Cited Researchers identifies the world's most influential researchers of the past decade, demonstrated by the production of multiple highly cited papers that rank in the top 1% by citations for field and year in Web of Science™.