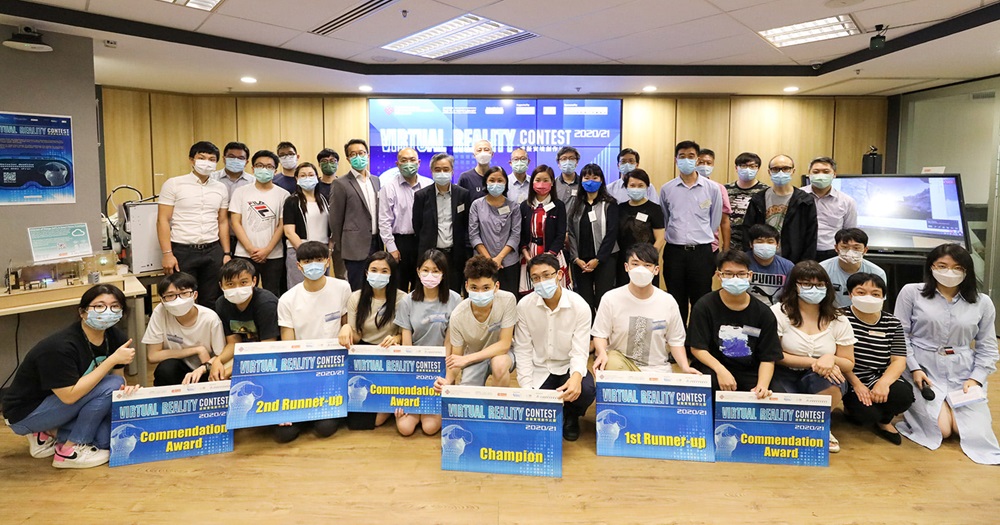 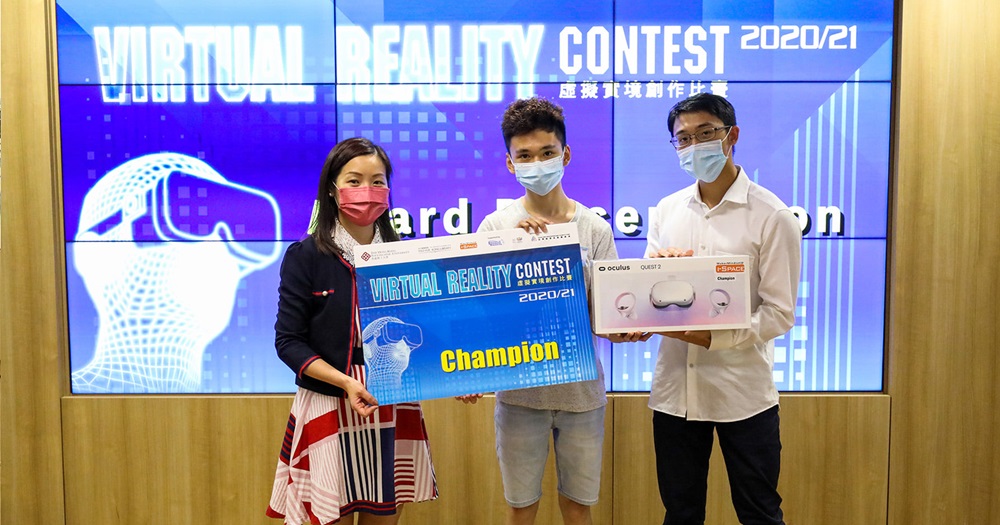 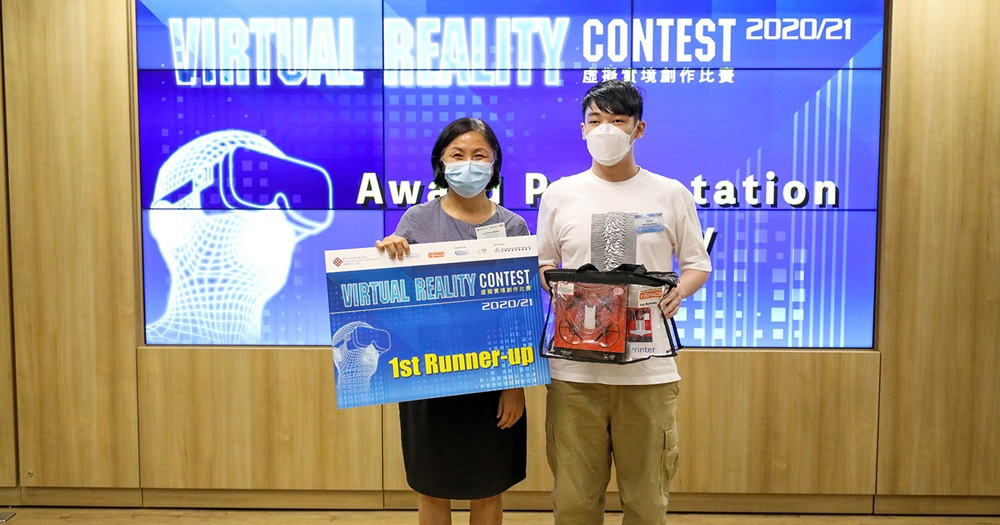 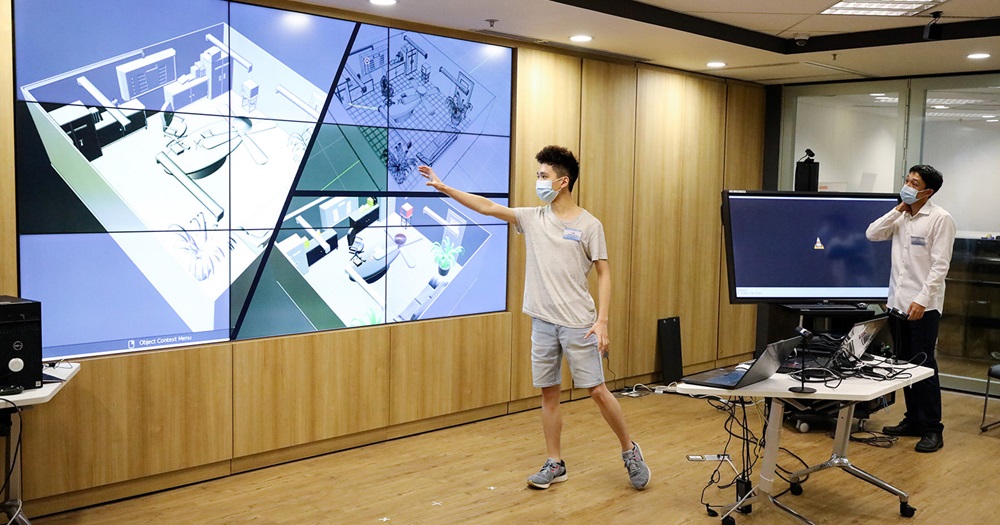 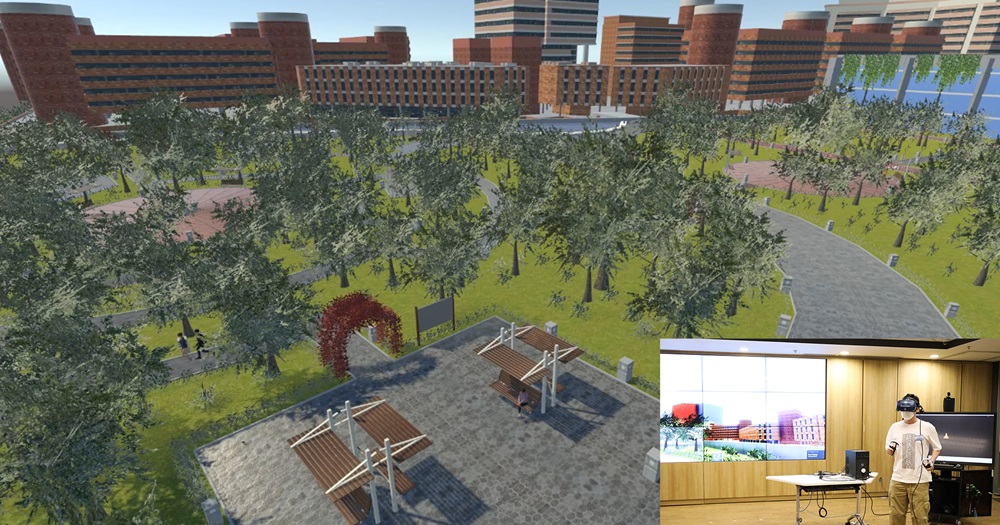 We are glad to announce that two of our undergraduate students, Declan Leung Chun-hin, (BSc (Hons) in Enterprise Information Systems, Year 4) and Wu Chun-hung, (BSc (Hons) in Computing, Year 3) have recently won the Champion and First Runner-up with their projects titled “Chernobyl Disaster” and “Green Ark” respectively in the Virtual Reality (VR) Contest organised by the PolyU Library.

Declan teamed up with another student from the Department of Health Technology and Informatics (HTI) to create their VR work “Chernobyl Disaster”. It was a storytelling simulation of the Chernobyl nuclear catastrophe. Users could immerse themselves in conducting a VR safe test on a nuclear reactor and get the first-person experience in the incident.

“Green Ark” was based on PolyU’s Green Deck plan to build a green public park above the Hung Hom Cross-Harbour Tunnel for recreation use. Chun-hung added a VR effect to let people connecting with this green space.

“I have been engaged in VR and game development for at least four years. Joining this contest allowed me to re-examine my weaknesses and ability to complete a single game,” Chun-hung shared.

To prepare and encourage students to participate in the contest, a series of online workshops and webinars related to VR was held from October 2020 to April 2021 for them to pick up skills that help them develop their own VR application.