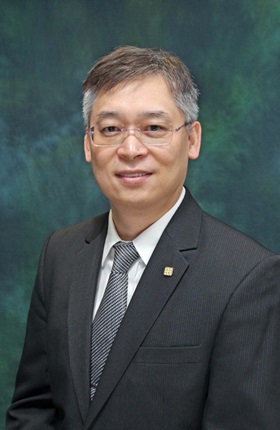 Professor To Chi-ho graduated in Optometry at the Hong Kong Polytechnic in 1987. He obtained his PhD degree from the University of Wales, College of Optometry in Cardiff, United Kingdom. In 1993, he returned to the Hong Kong Polytechnic, working as a Lecturer. In 2019, Professor To was promoted to Chair Professor. He has supervised or co-supervised numerous Masters and Doctoral theses since 1994.

Professor To is one of the inventors of Defocus Incorporated Soft Contact (DISC) lens and Defocus Incorporated Multiple Segment (DIMS) lens. The DISC lens won the Grand Prize and Gold Medal with Jury’s Commendation at the 39th International Exhibition of Inventions of Geneva in 2011. The DIMS lens also won the Grand Prize, Grand Award and Gold Medal, as well as the Congratulations of the Jury at the 46th International Exhibition in 2018.

Professor To is an Honorary Member of the Hong Kong Association of Private Practice Optometrists. He is also a Member of Scientific and Medical Advisory Board of Retina Hong Kong.