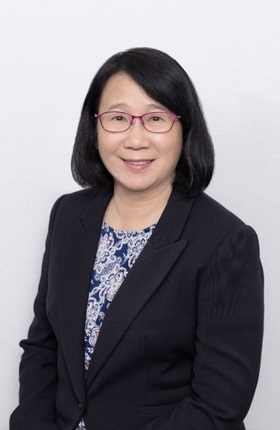 Carly has a long-standing research interest in myopia and has published over 50 papers in this topic. She was among the first to record the high prevalence of myopia (reaching 80%) in the Hong Kong school children during the early 1990s. As one of the founding members of the Centre for Myopia Research in the School of Optometry, Carly further focus on identifying possible factors causing myopia development and seek for myopia control options. Carly has also researched into the treatment for amblyopia and binocular vision anomalies in young children.

She is currently the external examiner for Optometry at Universiti Kebangsaan Malaysia (UKM), Malaysia. She is also currently an Adjunct Professor at Department of Optometry and Vision Sciences at University of Waterloo, Canada and has served as Visiting Professor at Anglia Ruskin University, West China School of Medicine, Sichuan University, Nankai University Eye Hospital and Clinical College of Ophthalmology, Tianjin Medical University, Management and Science University and Tianjin Vocational Institute.

One of the important milestones of Carly’s research was the development of the Defocus Incorporated Soft Contact (DISC) lens and Defocus Incorporated Multiple Segment (DIMS) spectacle lens for myopia control; these methods can slow myopia progression as much as 60% over a two year randomized clinical trial study respectively. Both the DISC and DIMS lens method has now obtained patents from a number of countries.