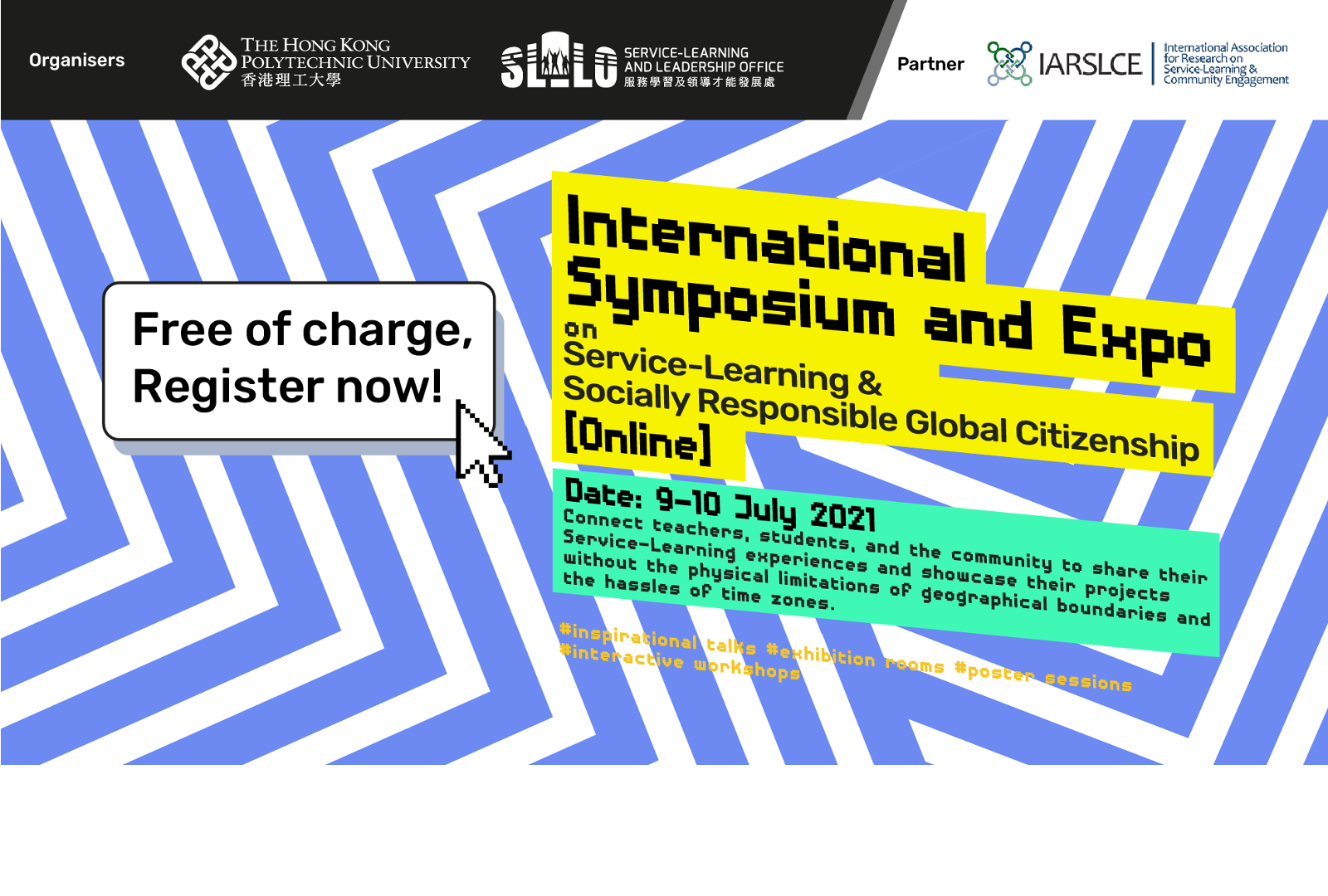 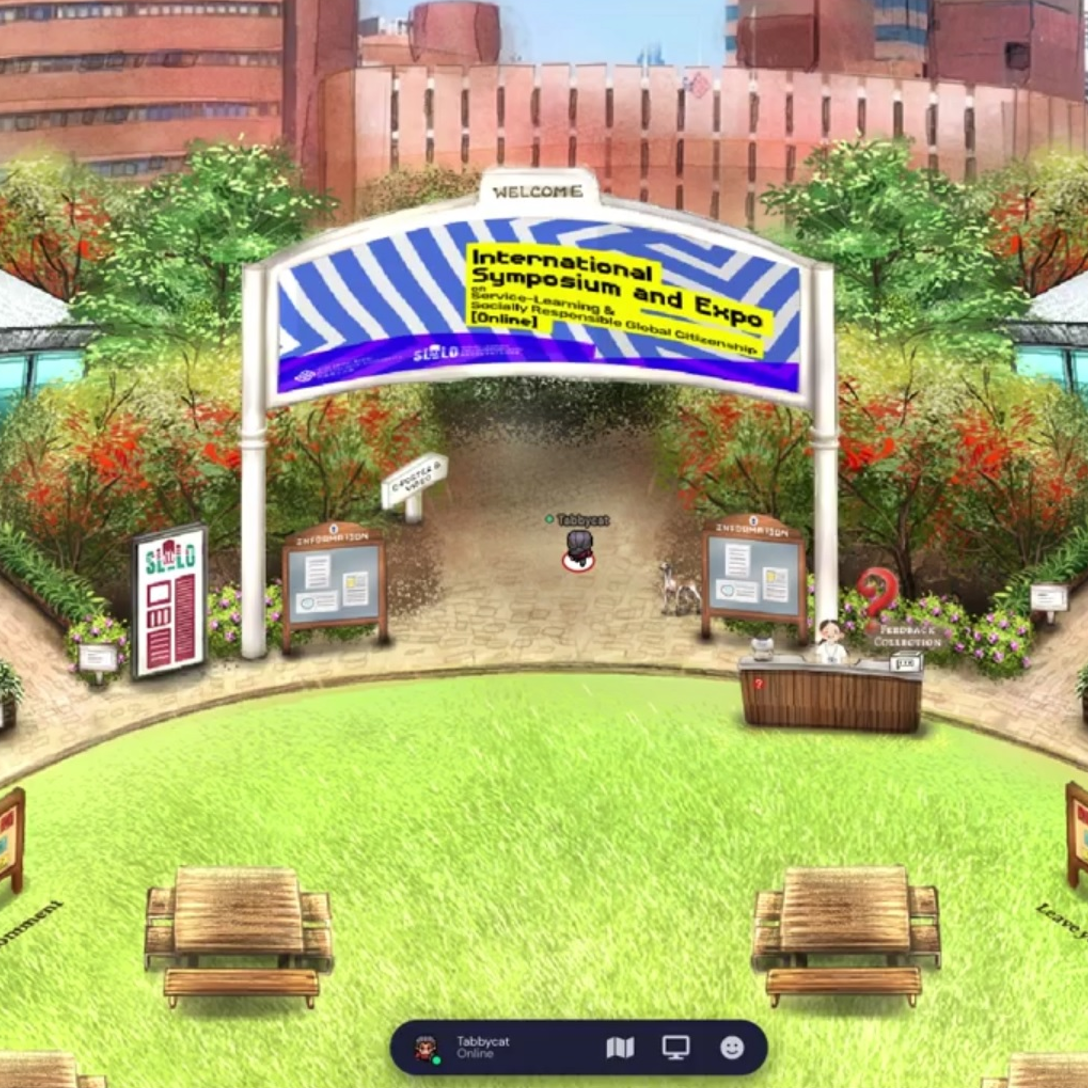 The COVID-19 pandemic imposed social distancing on all of us and precipitated a plethora of changes in serving the community. It forced us to clarify our beliefs and reiterate our determination to serve. Reflecting on the one-year anniversary of the pandemic, one key lesson we have learned is that creative, caring, inclusive and regular communication between different partners can lead to an improved understanding of individual responsibility and foster a greater capacity to adopt “the new normal”. Learning about how others have adjusted and adapted their practices and learning can be a stepping stone to a “new future”, that is not just a stopgap that has to be adopted during this difficult time, but has far-reaching potentials for benefitting the community at large and reaching out to the most excluded ones, both right now and in the future beyond COVID-19.

Through the Symposium and Expo, we target to provide spaces for like-minded colleagues to share practices, expertise and collaborations. There will be inspirational talks, exhibition rooms, poster sessions, or even interactive workshops. It will take place online, and we will use technology to facilitate participants to have spontaneous conversations with those around them and explore different interactable objects.

Note: The schedule of all activities are displayed according to HK Time Zone (HKT / UTC+8).

All talks will be conducted on ZOOM. Prior registration is required.
Medium of instruction is English, with simultaneous interpretation in Cantonese and Putonghua. 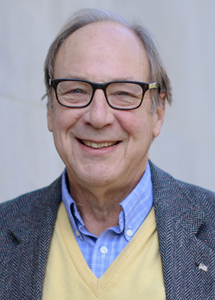 John A. Paulson School of Engineering and Applied Sciences,

Harry Lewis is Gordon McKay Research Professor of Computer Science in Harvard’s John A. Paulson School of Engineering and Applied Sciences. Among computer science books he has recently authored or co-authored are Blown to Bits: Your Life, Liberty, and Happiness After the Digital Explosion (2nd edn.), Essential Discrete Mathematics for Computer Science, and Ideas That Created the Future. His books about higher education include Excellence Without a Soul and What is College For?

After graduating from Harvard College in 1968, Lewis served as a commissioned officer in the US Public Health Service before returning for his PhD. He joined the Harvard faculty in 1974 and became full professor in 1981. His students include founders of Microsoft, Facebook, and Tripadvisor and professors at most leading American CS departments. Lewis has served as Dean of Harvard College and as interim Dean of Harvard’s Engineering School.

Starting in the 1970s, Lewis created Harvard’s undergraduate CS curriculum and the CS major itself, and long served as Director of Undergraduate Studies in CS. He also developed popular courses on computing in society. He is a director of the electronic privacy organization EPIC.org and a faculty associate of Harvard’s Berkman-Klein Center for Internet and Society.

Abstract of the Speech

Those engaged in service learning probably think of it as something different from classroom learning. It’s done in the field; it’s done as a group; it’s done to help other people.

But all learning is a form of service. Teachers, researchers, and scholars are preserving civilization and trying to improve it, one student and one academic work at a time. Students are not just making a better life for themselves; they are reflecting on the fate of humanity, why life is worth living at all, and how they can contribute to the lives of others.

What makes learning different from other service vocations is its competitiveness. Professors compete to write the best books and to make the best scientific discoveries; universities compete to build the best laboratories and to attract the best scholars; students compete for admission to the best universities and to gain the top marks once they have matriculated.

As in any marketplace, competition in universities improves quality, but it can distort the perspective of the individual participant. Because its goal is to improve society as a whole, education is not a zero-sum market; victory for one party today need not mean loss for another or for the future. Only when they remember that they are service professionals can educators reconcile their individual ambition and their disappointments with the present with their hopes for the future and the altruism and sacrifices to which they are called.

“The Transformational Power of Service-Learning: A Global Perspective” 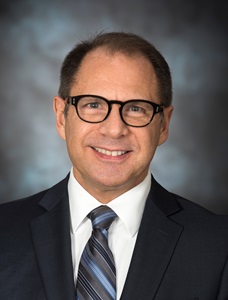 Andrew Furco is Associate Vice President for Public Engagement at the University of Minnesota, where he also serves as Professor of Higher Education and Director of the University’s International Center for Research on Community Engagement. As Associate Vice President, he works to further the institutionalization of all forms of community engagement across the University’s research, teaching, and public service activities. His scholarly work focuses on examining the role of community engagement practices in primary, secondary, and higher education systems in the U.S. and abroad. From 1994-2007, he worked at the University of California-Berkeley as the founding director of the Service-Learning Research and Development Center and as a faculty member in the Graduate School of Education. At Berkeley, he led more than 30 studies focused on issues pertaining to the impacts, implementation, and institutionalization of service-learning across various countries. In 1998, he was selected by the National Campus Compact to serve as a National Engaged Scholar. Through this work he developed and standardized the Self-Assessment Rubric for Institutionalizing Service-Learning in Higher Education, which has been incorporated in the service-learning work at than 400 colleges in various counties. Professor Furco has consulted with more than 100 universities in more than 30 countries on issues pertaining to the advancement and institutionalization of service-learning and community engagement. His publications include the books, Service-Learning: The Essence of the Pedagogy (2001), Service-Learning Through a Multidisciplinary Lens (2002), Service-Learning: How Does It Measure Up? (2016), as well as more than 100 journal articles and book chapters that explore the study and practice of service-learning and community engagement.

Service-learning contains several properties that create transformational experiences for participating students, teachers, and community partners, regardless of setting, situation, subject matter, or societal issue. In this session, we apply a global lens in exploring the particular elements and practices of service-learning, which when present, create impactful and transformational experiences for participants across primary, secondary, and higher education. 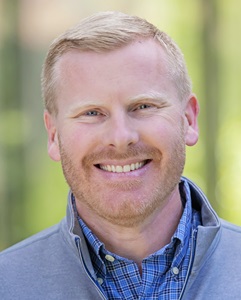 Dr. Luke Terra is the Director of Community Engaged Learning and Research and Associate Director of the Haas Center for Public Service at Stanford University. Prior to his role at the Haas Center, Dr. Terra managed international civic education programs at the Center for Civic Education and served as Assistant Director of the Center for Service and Learning at Colorado College. A former secondary teacher, he has taught U.S. and World History in public and public charter schools in Colorado. Dr. Terra’s research focuses on history and civic education in post-conflict settings such as Northern Ireland, and comparative studies of education policy and social studies curricula. In 2018, he co-edited a volume on Teaching and Learning the Difficult Past: Comparative Perspectives. In his role at the Haas Center for Public Service at Stanford University, Dr. Terra leads the university’s community engaged learning and research effort, including faculty training and support, community partnership development, community-based research course design and support, and graduate student training and mentorship. He serves on the board of the International Association for Research on Service-Learning and Community Engagement. He earned his doctorate in International Comparative Education and History of Education at the Stanford Graduate School of Education.

Service-learning is widely recognized as a “high-impact practice” in post-secondary classrooms, but the approach offers benefits for K-12 learners as well. Yet the constraints of the K-12 curriculum present challenges for teachers who want to integrate service-learning into their teaching. In this talk, we will identify best practices in service-learning in K-12 settings, discuss examples from multiple disciplines, and share how service-learning can deepen students’ academic engagement across the curriculum.

“What a Teenager Could Do?” Mr. Dion Chen received his education in Hong Kong, the United Kingdom and Australia. He obtained a Bachelor's Degree in Accounting & Financial Analysis from the University of Newcastle Upon Tyne, UK, and a Master's Degree from the University of Newcastle, Australia. He has also obtained a Postgraduate Diploma in Education and a Professional Diploma in Management of Extra-Curricular Activities from universities in Hong Kong. He started his career in education in a special school in 2002. Two years later, he joined YMCA of Hong Kong Christian College as a Business Teacher and was well respected by students. During his 17 years at the school, he took up various leadership responsibilities and was appointed Principal in 2013. He is passionate about nurturing young people and developing their talents, as well as fostering the pursuit of the emotional and academic well-being of the whole person, excellence, community service and responsibility.

Principal Chen will use his school as an example to share his insights on promoting community engagement in school, with the following focuses:

- The workshops will be conducted on ZOOM and in English, unless otherwise specified.

- Prior registration is required for all workshops. 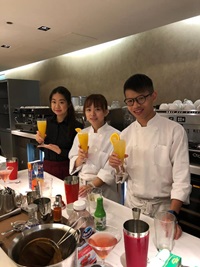 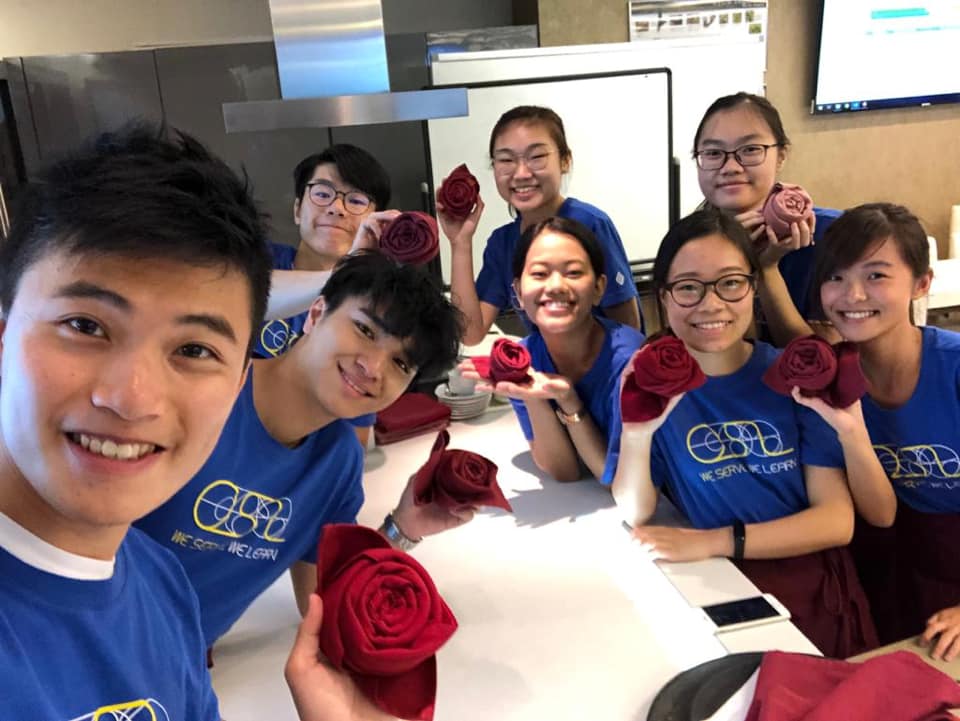 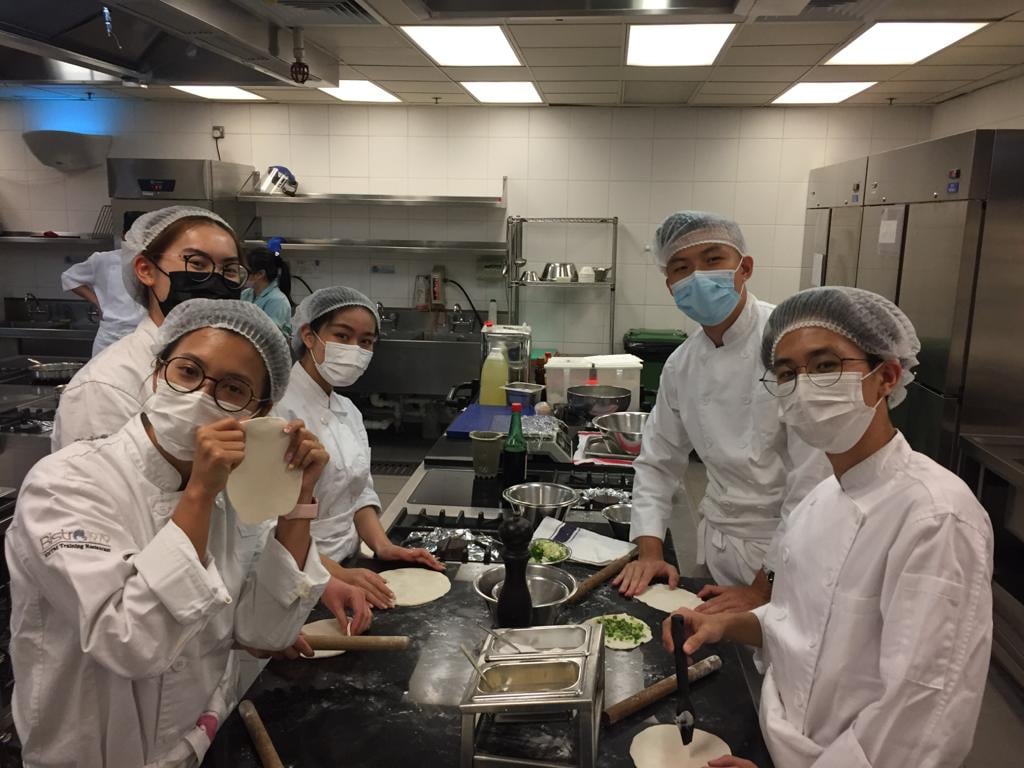 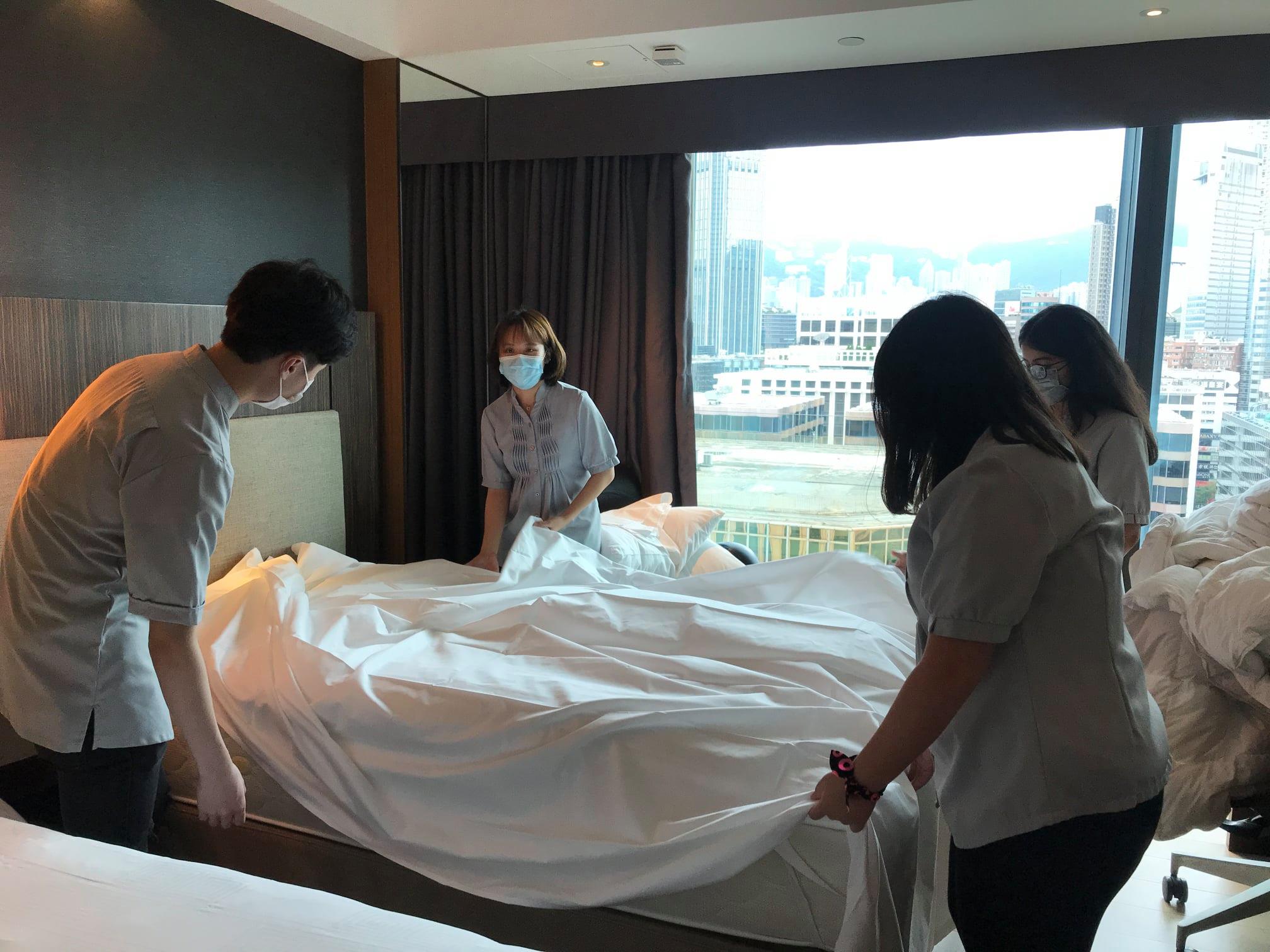 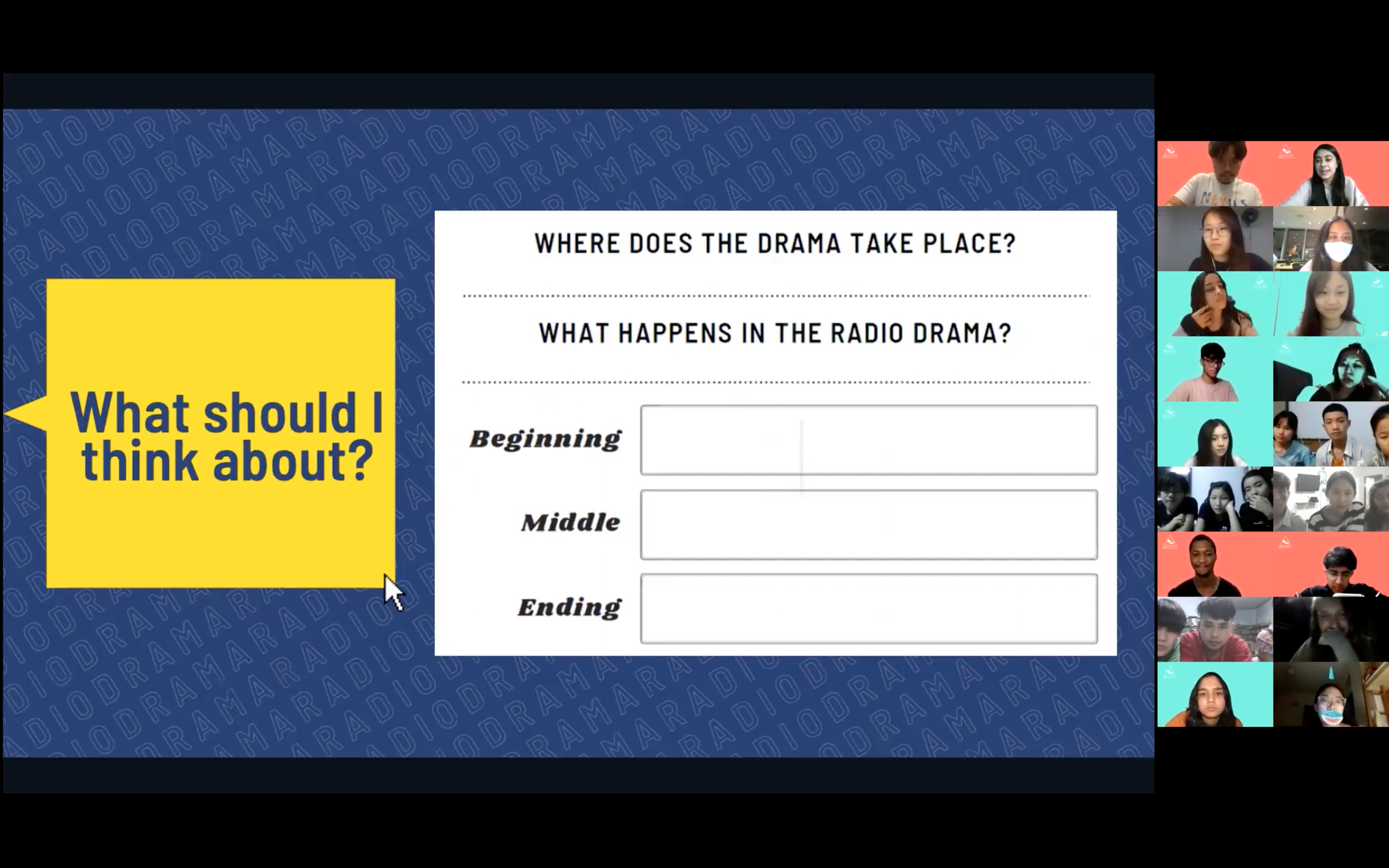 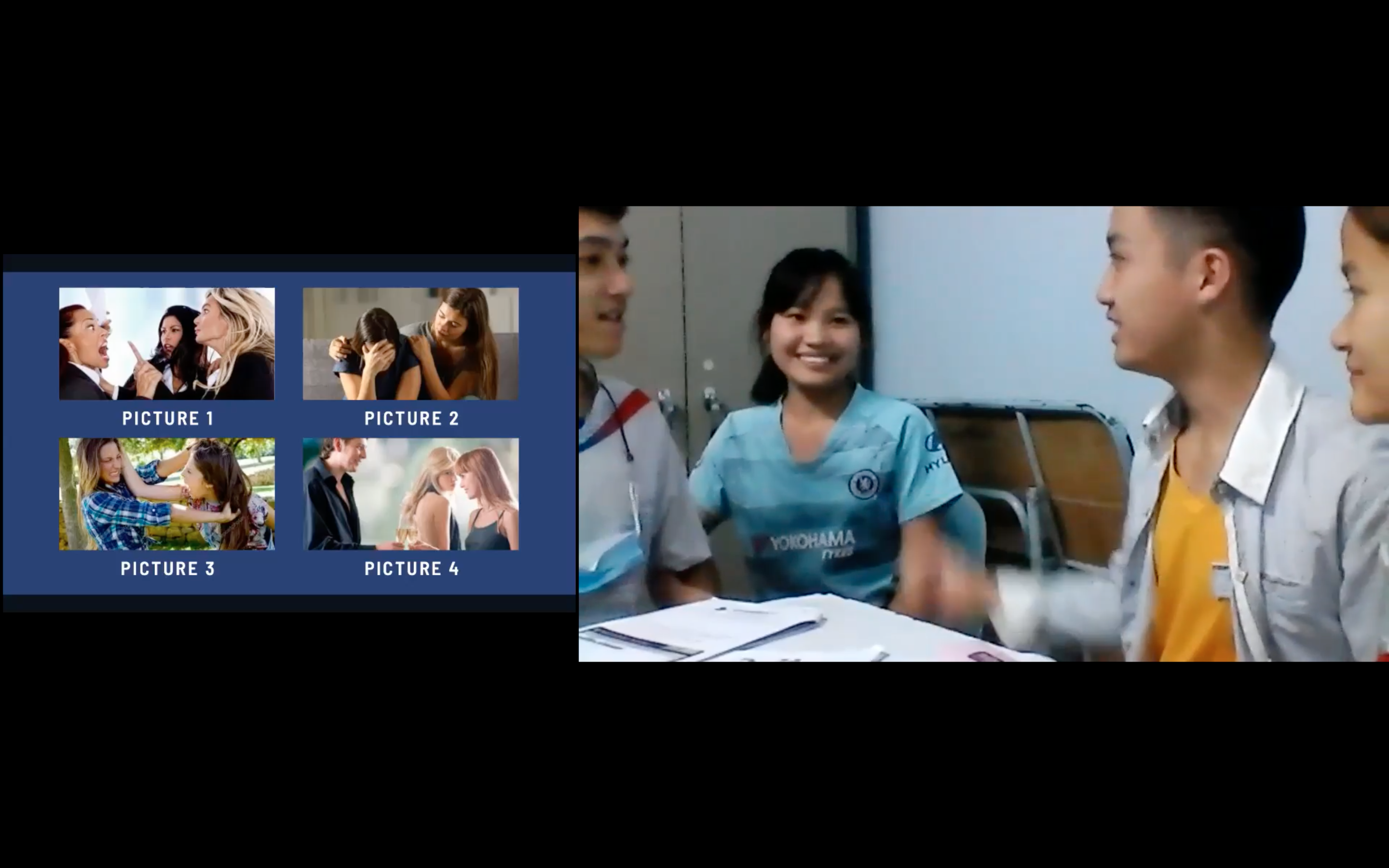 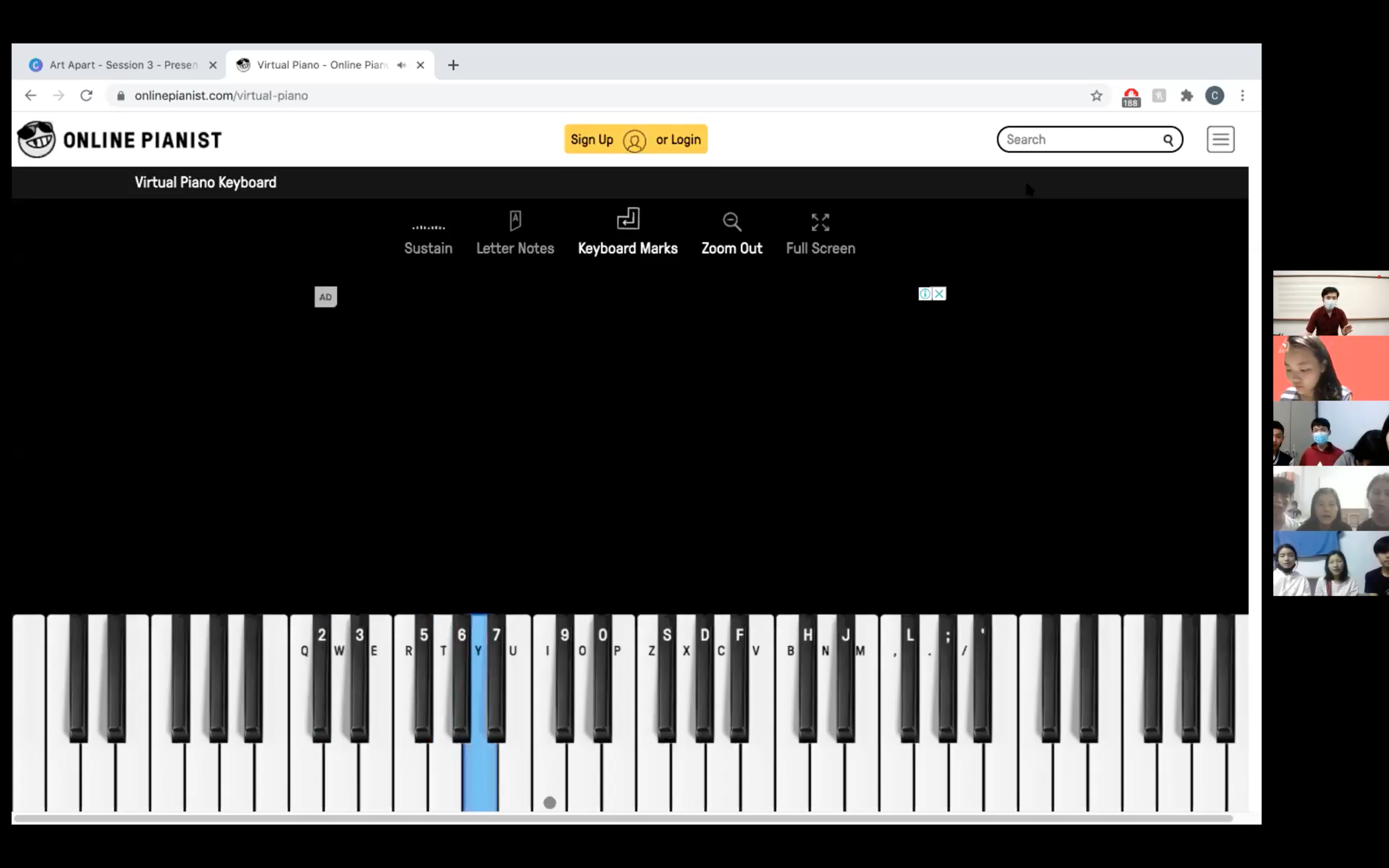 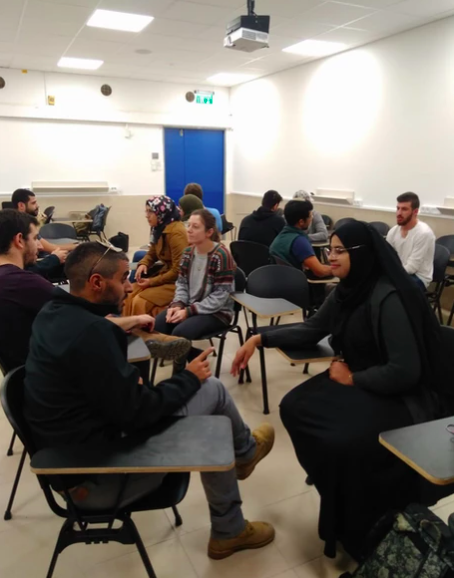 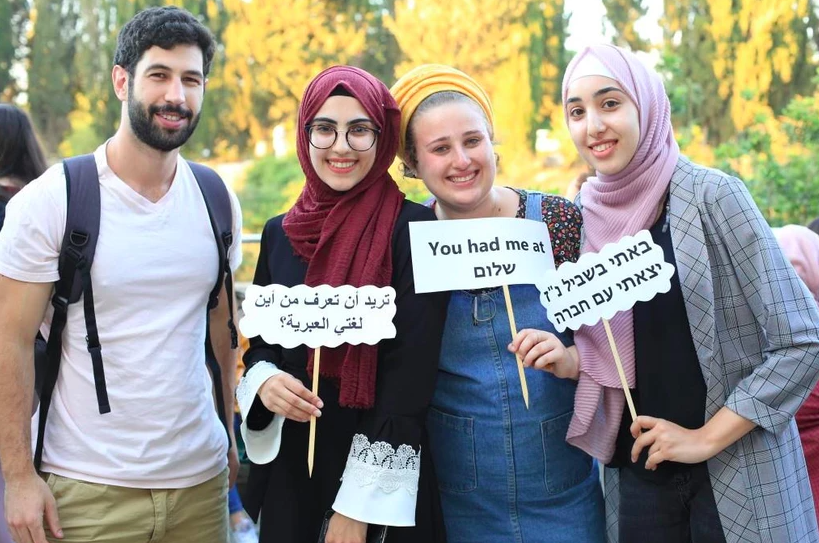 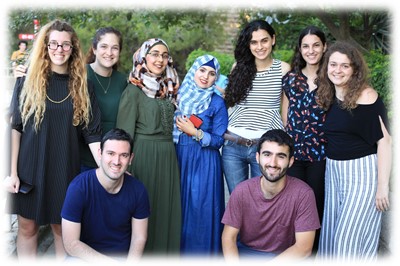 Workshop F - Sustainable Community Development through International Partnership and Service-Learning: A case of an NGO in Vietnam 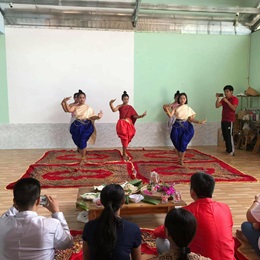 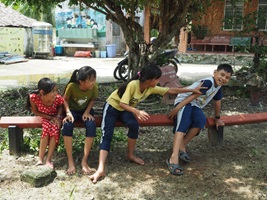 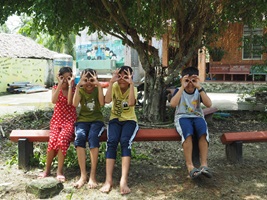 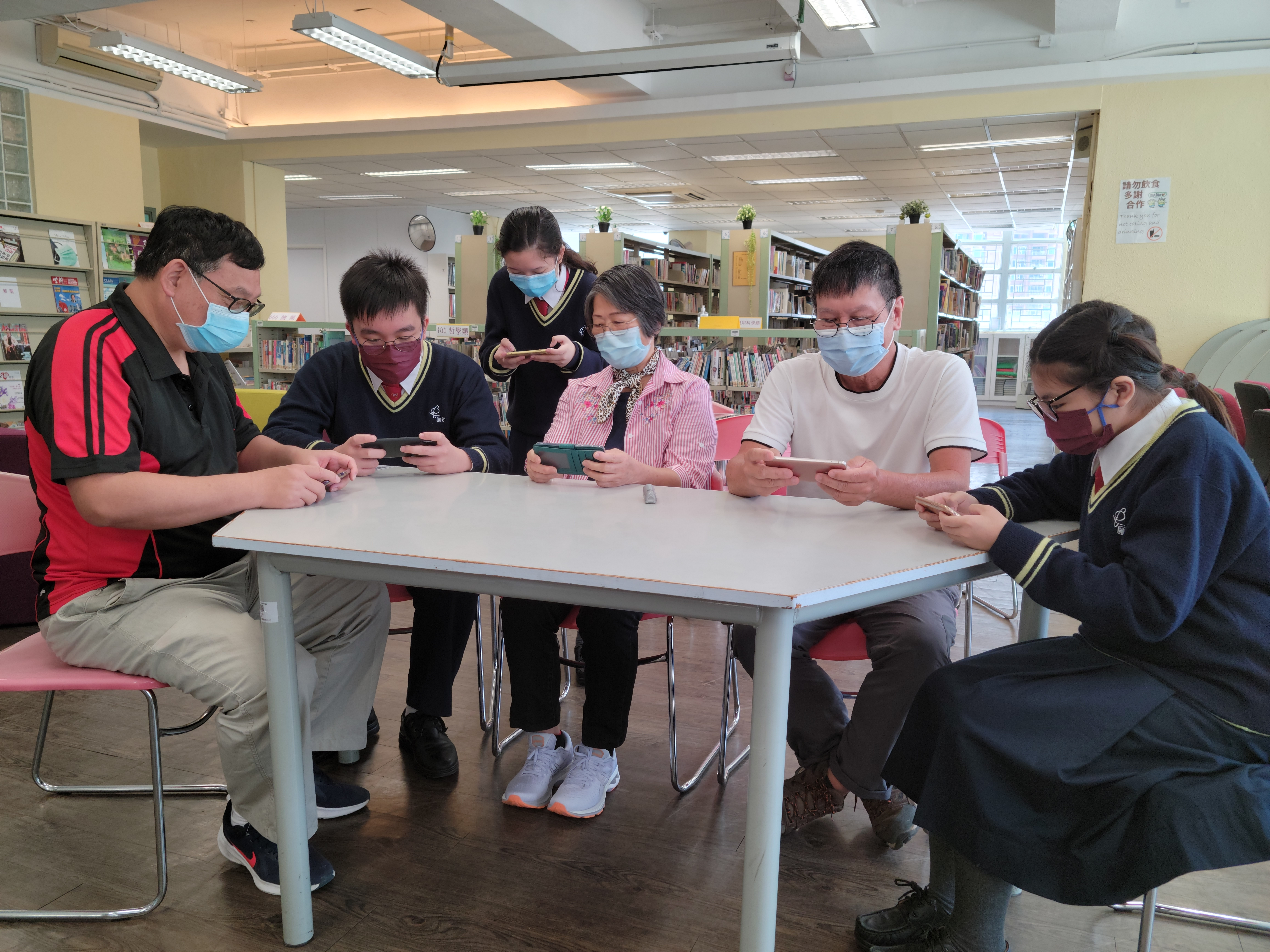 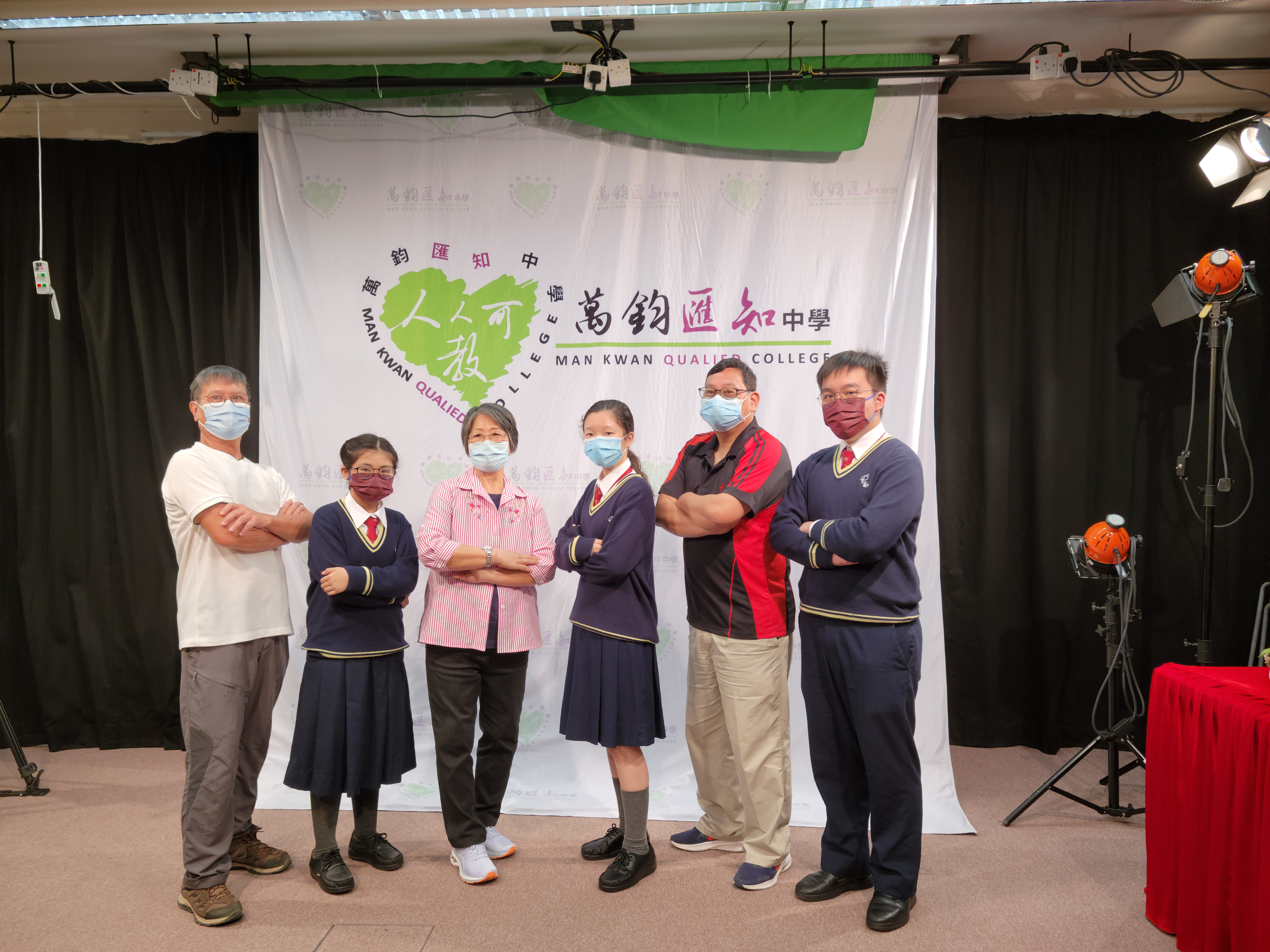 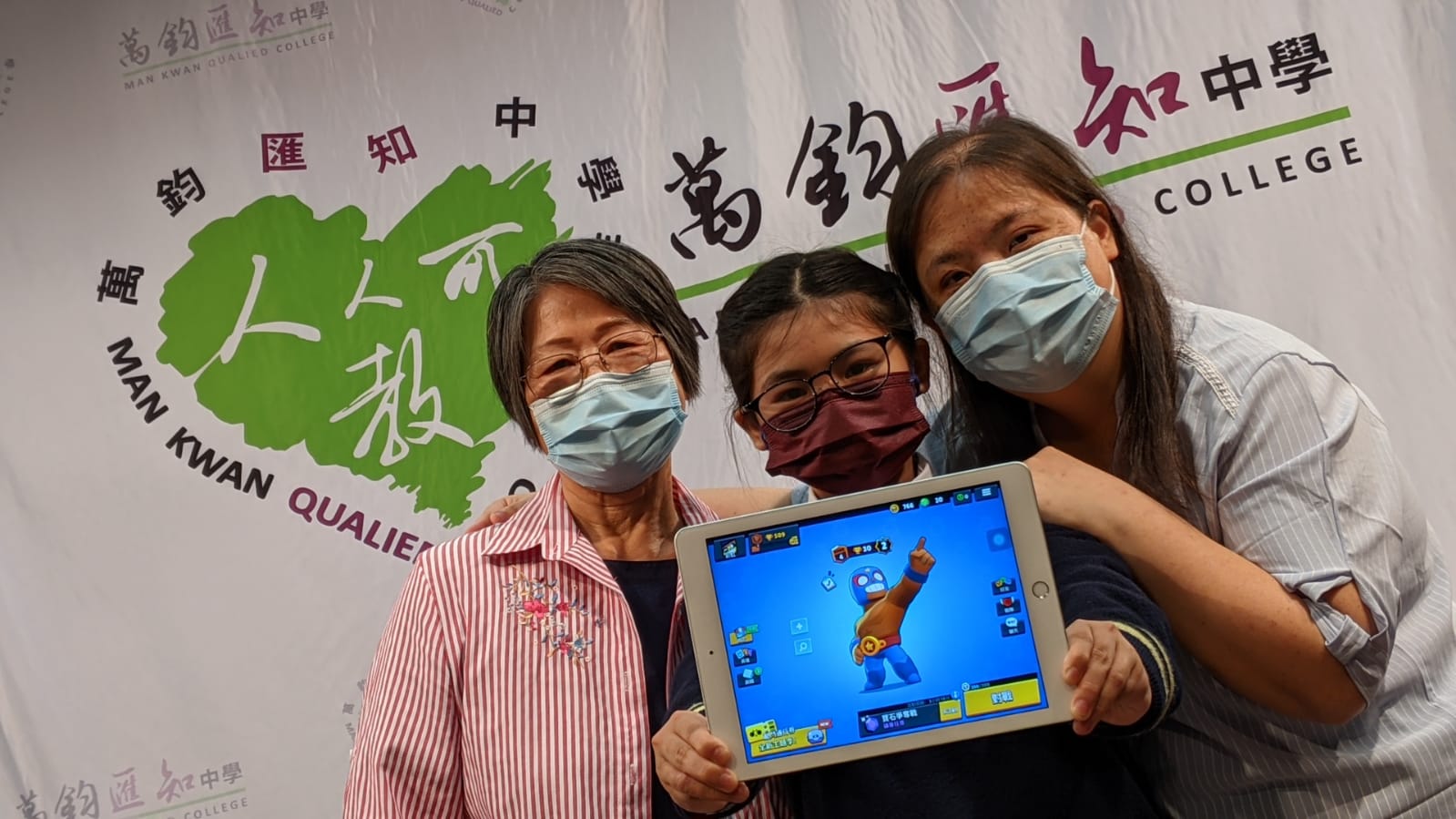 Facilitators: Dr Grace Ngai (Head of Service-Learning and Leadership Office, Associate Professor of Department of Computing, The Hong Kong Polytechnic University), and her colleagues and students 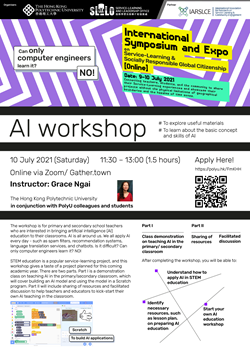 In our virtual Expo, over 50 e-posters and videos presenting community engagement initiatives, service-learning research and projects from researchers, teachers and students from Hong Kong, Mainland China, Asia, North America, Africa, and Europe will be displayed.

A poster and video sharing session will be held on 9 July 2021 (17:00-18:30, HKT). During this session, the presenters will be online next to their e-posters or videos to exchange ideas and share experiences with you.

Full list for Higher Education (Student) and Secondary School Tracks (Come and vote for the best in your eyes!)

For the Secondary School and Higher Education (Student) tracks, People’s Choice Awards will be given to the top 3 teams receiving the highest number of votes in each track.

All participants are welcome to participate in voting for the best poster/video in their eyes. The voting will start at the beginning of the Expo and the cut off time will be 10 July 2021 12:30pm (HKT).

A prize game will be performed to encourage our participants to actively participate in this activity. A total of six prizes with a value of HK$200 will be presented.

The results of the People’s Choice Awards and prize game will be announced in the Award Ceremony. We will contact the winners through their registered emails after the event.