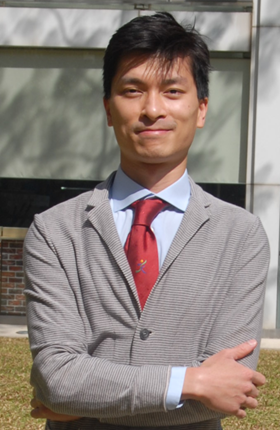 Dr Hui received his postdoctoral training in MRI from three different institutes in the United States, namely the Methodist Hospital at Houston (2009), The University of Texas Health Science Center at San Antonio (2010), and the Medical University of South Carolina (2011). He was appointed as Research Assistant Professor at The Center for Biomedical Imaging, Medical University of South Carolina in 2012. He left the United States in 2013. For more details, please refer to his CV.

As an MRI scientist, Dr Hui’s researches on the brain have morphed from the characterization of anatomy at the regional level (using diffusion MRI) to that at the system level (diffusion and functional MRI). His overall goal is to fill the critical knowledge in the link between the static anatomical connections and the dynamic functional connections across the brain (Figure 1) in the hope of elucidating the neurophysiological mechanisms underlying cognition and stroke recovery.

Figure 1. Our behaviours are constrained and facilitated by the static anatomical connections between different parts of the brain (the brain wiring diagram on the left). Under these anatomical or structural constraints, the dynamic functional connections between different parts of the brain (the ball and stick diagram on the right) change as we perceive, think and act. Dr Hui aims to answer two important questions: But how exactly do these dynamic functional connections emerge from the underlying anatomical connections (yellow arrows)? And what is the optimal way to characterize this relationship? You should join Dr Hui’s journey of scientific inquiry!

Dr Hui is currently hiring postgraduate students and postdoctoral fellows. Please email him to discuss more if you are interested.

Dr Hui not only enjoys conducting scientific researches, but also reading books on philosophy, behavioural economics, entrepreneurship, and other subjects.