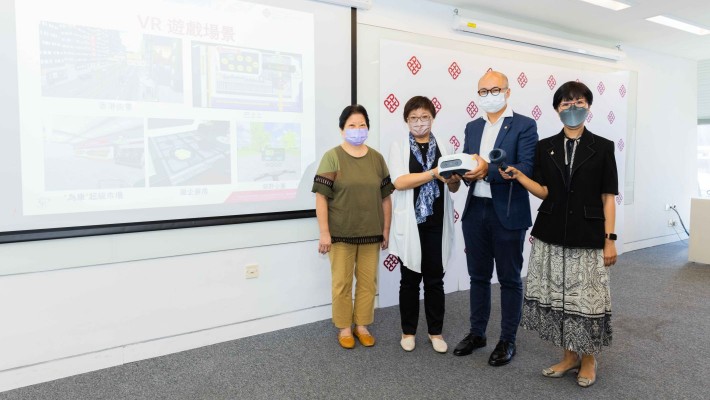 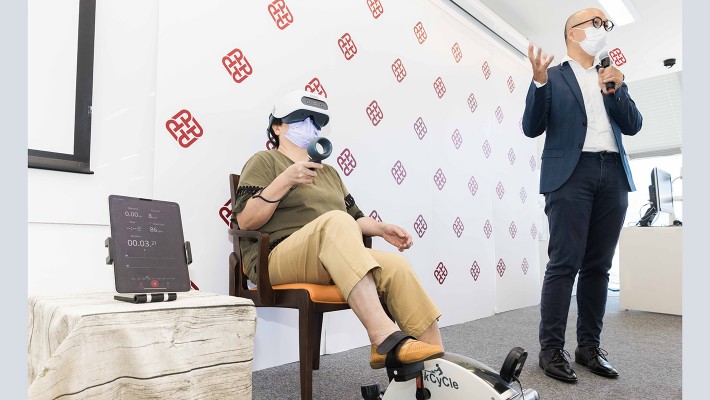 Cognitive frailty is a clinical syndrome in which cognitive impairment and physical frailty co-exist. The elderly who suffer from cognitive frailty tend to possess a higher risk of dementia and other subsequent physical disabilities.

A recent study led by PolyU’s Dr Rick Kwan Yiu-cho, Assistant Professor of the School of Nursing, has demonstrated that motor-cognitive training with virtual reality (VR) is effective in enhancing the functions of the elderly suffering from cognitive frailty.

The team spent nearly a year developing the prototype of the VR system with the help of HK$2.92 million in funding from the Innovation and Technology Fund for Better Living last year. During the year, 17 seniors aged 60 or above were recruited to join a pilot study that lasted for eight weeks.

They participated in two 30-minute sessions each week, with the elderly in the VR group being asked to complete daily tasks such as grocery shopping or finding bus stops in virtual reality games while cycling with an under-desk ergometer. Results showed that seniors in the VR group exhibited a more significant improvement in various functions, including calculation, memory, reaction, and attention than their controlled counterparts.

Take a look at the following media coverage to understand how the system can help the elderly maintain a good life: