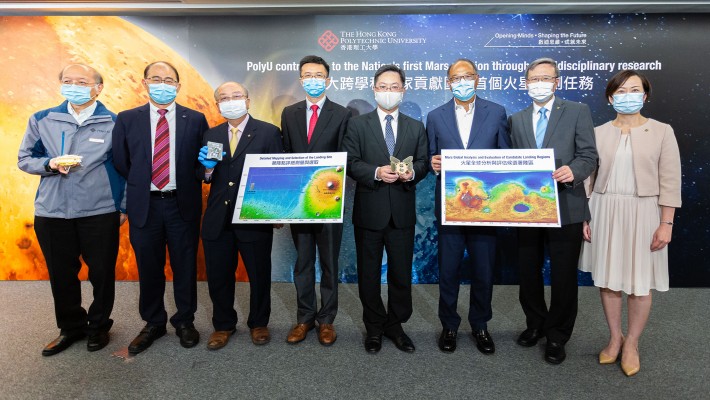 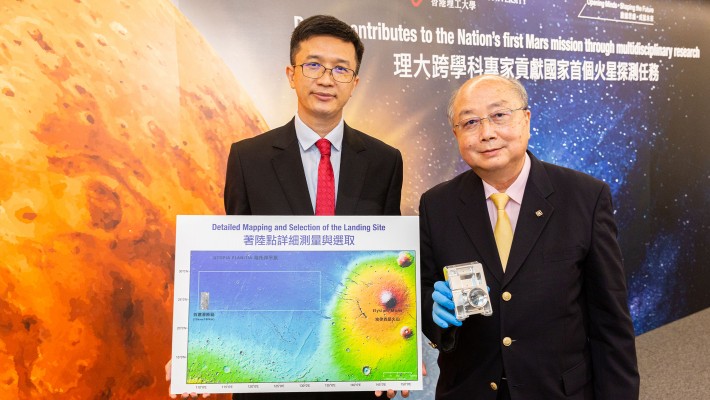 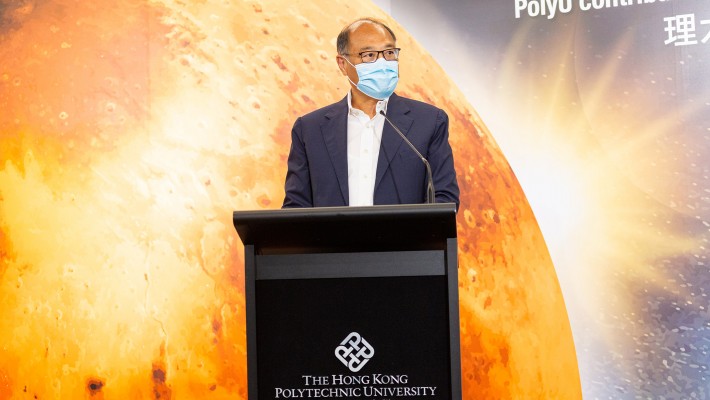 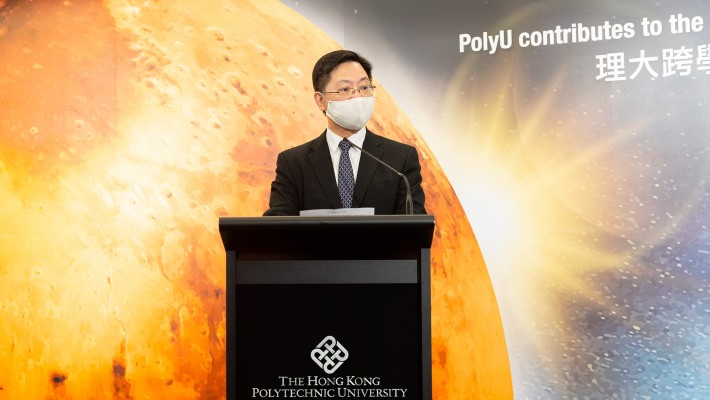 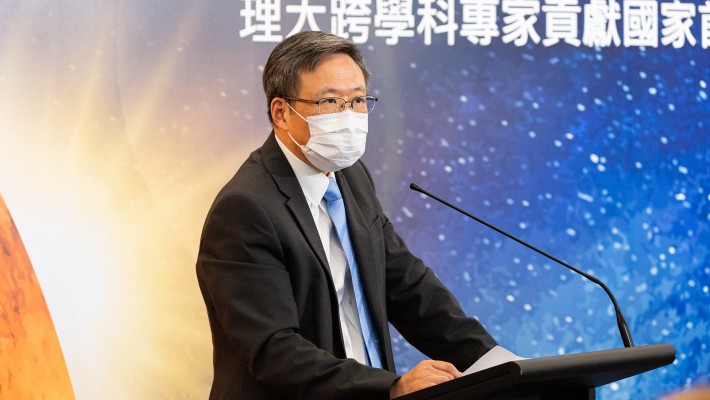 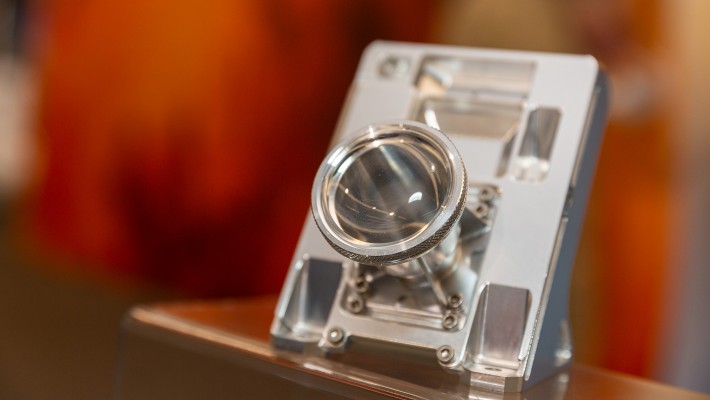 Please click here to watch the highlights of the press conference on PolyU’s participation in the Tianwen-1 mission.

China’s space programme took a giant leap when it landed a rover on Mars on its first attempt on 15 May 2021, as part of the Nation’s landmark Tianwen-1 Mars exploration mission. The Zhurong rover drove down from its landing platform on the Martian surface on 22 May 2021, beginning a tour of the Red Planet that is expected to last for 90 days. Behind the historic achievement were two research teams from PolyU which had been in a race against time to help locate an optimal landing site and developing a camera on board the lander to monitor the operation of the rover.

Dr Lam Tai-fai, Chairman of Council, PolyU, offered his warmest congratulations to the Nation on the successful soft landing of Tianwen-1 in the press conference held on 21 May 2021. He said, “The Nation has developed an impressive track record in deep space exploration, such as its lunar exploration and lunar sample return missions. This time the Nation begins its planetary exploration journey by setting its sights on Mars for the first time, which further cements China’s advanced space capabilities. We are immensely encouraged that PolyU played a pivotal part in facilitating the Tianwen-1 mission. With extraordinary creativity, perseverance and innovative minds, our researchers will continue to contribute to the well-being of mankind in various scientific fields.”

Mr Alfred Sit, Secretary for Innovation and Technology of the HKSAR Government, said, “I would like to extend my heartfelt congratulations to our Nation on the successful landing of the Nation’s first Mars exploration project. Basic research is the strength of local universities, and the fact that PolyU was invited to participate in another major national space mission with its scientific research capabilities is a clear demonstration of Hong Kong’s exceptional strength in research and innovation. Hong Kong is also a place where many hidden talents emerge, forming an important force in national technological advancement. They will contribute to the Nation’s ‘Megascience’ projects with their expertise. I hope that local universities take advantage of research collaboration opportunities with institutions in the Mainland to create synergies that bring about complementary advantages.”

Professor Jin-Guang Teng, PolyU’s President, said, “We sincerely thank our Nation for trusting PolyU and inviting two of our Professors to participate in this national Mars exploration project. We are proud to have the opportunity to once again contribute to a major national aerospace technology mission. Leveraging the achievements of PolyU in the field of aerospace technology, we have decided to increase our support in this area by establishing the Research Centre for Deep Space Explorations led by Professor Yung Kai-leung. We aim to pool together experts in different fields such as Geology, Architecture, Machinery, Physics, and Remote Sensing to conduct in-depth research in different aspects of aerospace technology. We truly hope that the mission of Tianwen-1 will be a great success and that the world will learn more about the Red Planet.”

From 2017-2020, upon invitation by the China Academy of Space Technology, Professor Wu Bo from the Department of Land Surveying and Geo-Informatics led a team to carry out global-scale analysis and evaluation to help shortlist three candidate landing regions, namely the Amazonis Planitia, Chryse Planitia, and Utopia Planitia. The team further conducted detailed topographic and geomorphological mapping and analysis of the candidate landing regions, including their elevations, slopes, rock abundances, crater densities, and geological contexts. As a result of the evaluation, a region in the southern Utopia Planitia, the largest recognised impact basin in the northern hemisphere of Mars, was selected as the target landing region.

Another highlight of this unprecedented mission was the camera. With a wealth of experience in developing sophisticated space instruments, Professor Yung Kai-leung, Sir Sze-yuen Chung Professor in Precision Engineering, Chair Professor of Precision Engineering and Associate Head of the Department of Industrial and Systems Engineering, has led a team to undertake the research, design and manufacturing of the Mars Camera since 2017. Thanks to their dedication and perseverance, as well as the support of the University, the team successfully completed and delivered the Mars Camera with the corresponding space qualification experiments in less than three years.

PolyU is proud to have had the opportunity to once again contribute to a major national aerospace technology mission.