PolyU’s experts from multiple disciplines worked together to help China make history with the first soft landing on the far side of the Moon, supported by an innovative lunar topographic mapping and geomorphological analysis technique for selecting Chang’e-4’s landing site. The advanced Camera Pointing System also helped in unveiling this mysterious region. 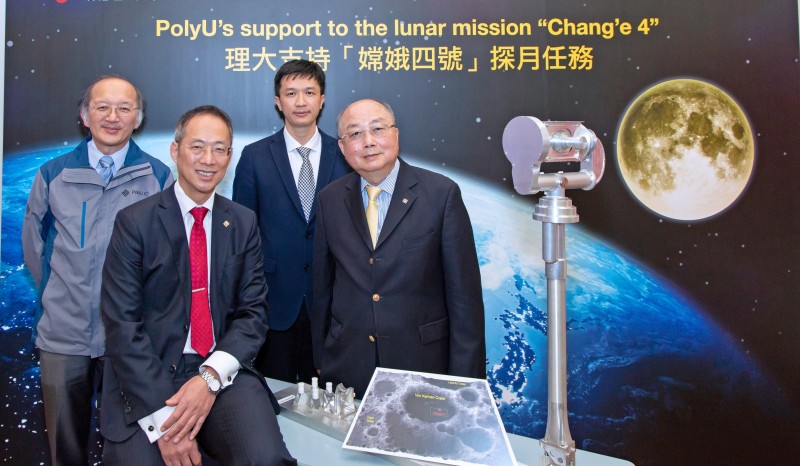 The Sun had just risen over the Von Kármán crater of the Moon on 3 January 2019 when China’s Chang’e-4 lunar probe performed the very first soft landing on the far side of the Moon. This historic event, the nation’s second lunar landing and a milestone in its pioneering lunar exploration programme, was greatly aided by multidisciplinary effort from researchers at PolyU.

Since 2010, PolyU has had the honour of working with the China Academy of Space Technology (CAST) to transform research excellence into cutting-edge engineering applications for China’s space flight missions. The Chang’e-4 mission is the latest outcome of this fruitful collaboration, building on the success of Chang’e-3, the first Chinese lunar landing mission, to propel the nation to the forefront of space exploration.