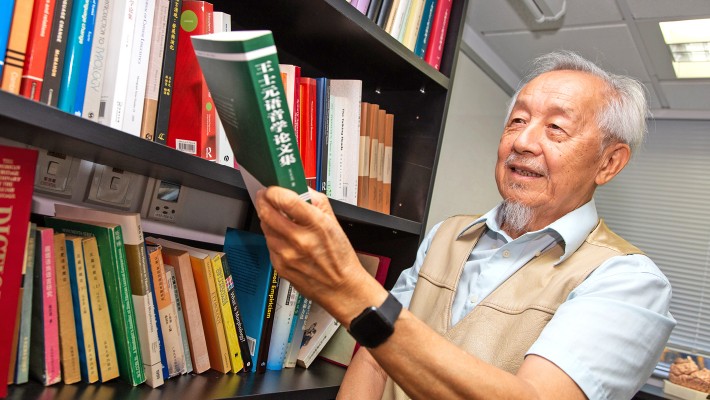 An internationally renowned figure in linguistics, Professor William Wang has made accomplishments that are impressive by any standard. His theory of lexical diffusion changed the way people think about how languages change in time. He founded the Journal of Chinese Linguistics in 1973, the first international journal in this field and still one of the most impactful publications in this area, and served as its editor through to 2018. Google Scholar lists him as the most cited scholar in the area of Chinese linguistics.

The acclaimed scholar, who joined PolyU in 2015 as Chair Professor of Language and Cognitive Sciences, has won many accolades. To name a few, he is Professor Emeritus of the University of California at Berkeley and an Academician of Academia Sinica, the highest academic honour one can attain in Taiwan. He is Honorary Professor at several universities, including Peking University. He received a Lifetime Achievement Award in Anthropology from Shanghai Society of Anthropology in 2017 and an Honorary Doctor of Humane Letters from the University of Chicago in 2018.

During his 60-year-long academic career, Professor Wang’s passion for linguistics has never diminished. His research covers a wide range of topics, including phonetics and phonology, automatic speech recognition, and the biological and evolutionary bases of language and cognition. His theory of lexical diffusion marked a seismic change in linguistics and has played a prominent role in the linguistic understanding of sound changes. “Today, the theory of lexical diffusion is being applied for studying historical and social aspects of many languages of the world,” the professor says.

As an academic, he has had a significant impact on research, advancing theories and setting up institutions. Lexical diffusion aside, he challenged the view that language complexity means progress. “Complexity and progress are elusive words that are hard to define,” the professor argues. He has established linguistics departments and language laboratories in the US and Hong Kong, and conducted extensive field work on languages spoken by ethnic minorities in Southwestern China. In the past decade, he has turned his attention to the relationship between language and cognitive decline brought about by ageing. 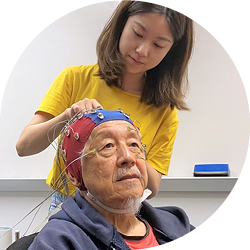 Professor Wang has a personal reason behind this recent shift in his research interest. The late Nobel laureate in physics Professor Charles Kao was his friend. He explains: “Charles succumbed to Alzheimer’s disease (AD) in his later years. AD typically onsets decades earlier than it can be detected clinically. When he received medical treatment, it was already too late.” The linguist is hopeful that his latest ageing-related study will unearth language biomarkers to predict the risks of neurodegeneration.

The Shanghai-born linguist believes truly original scholarship is multi-disciplinary in nature. Throughout his long and productive career, he engaged in numerous cross-disciplinary projects that utilised knowledge in linguistics, computational science and bio-science. At PolyU, he helped to set up the Research Centre for Language, Cognition and Neuroscience in 2019, which uses psychological and brain-imaging techniques to examine language-related issues in the brain. The ageing-related study the professor is currently undertaking at the centre aims to identify brain changes from a huge quantity of longitudinal data amassed over time. “The world is ageing rapidly and I hope this project can contribute to basic sciences as well as help answer society’s urgent challenges,” he says.

It is this urge to have a real impact on humanity that drives the linguist to focus on both academia and the real world. The same urge attracted him to join PolyU. “I appreciate the University’s dual emphasis on the exploration of knowledge, as well as the application of knowledge for practical use,” he says. 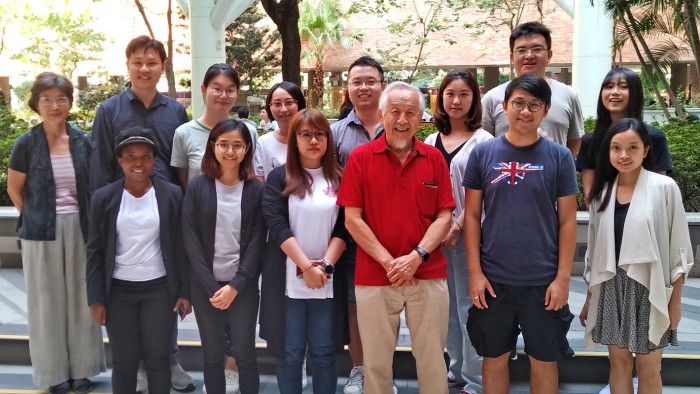 Professor Wang with his research team on Language and Cognition

After living in different parts of the world, Professor Wang decided to settle in Hong Kong in 1997, working for two other local universities before joining PolyU. He was attracted to Hong Kong in part because the city has inherited 2,000 years of Chinese linguistic tradition, and in part because he wanted to contribute to the building of systems of knowledge that are not dominated by WEIRD (an acronym for Western Educated Industrialised Rich Democratic countries). “If one is truly thinking globally, there is an urgent need to reach out to other parts of the world, such as Asia and Africa, where most of the world’s population reside,” he says.

In his 80s, the scholar is as energetic as ever before. He stresses that physical fitness is the foundation of mental health. His hobbies included sailing boats and piloting small airplanes; currently in Hong Kong he regularly plays golf and tennis. In his college days, he once wrote a short play about the Chinese legend of the cowherd and the weaver girl (牛郎織女); he loves Chinese and Western music, and has even written several songs.

Swimming in the ocean of knowledge for more than 60 years, Professor Wang believes language is at the very heart of what it means to be human. “We can manipulate biological evolution and control cultural evolution. All this becomes possible because we invented a very powerful mental instrument, language, for creating, handling and accumulating vast amounts of information across space and time,” he says. 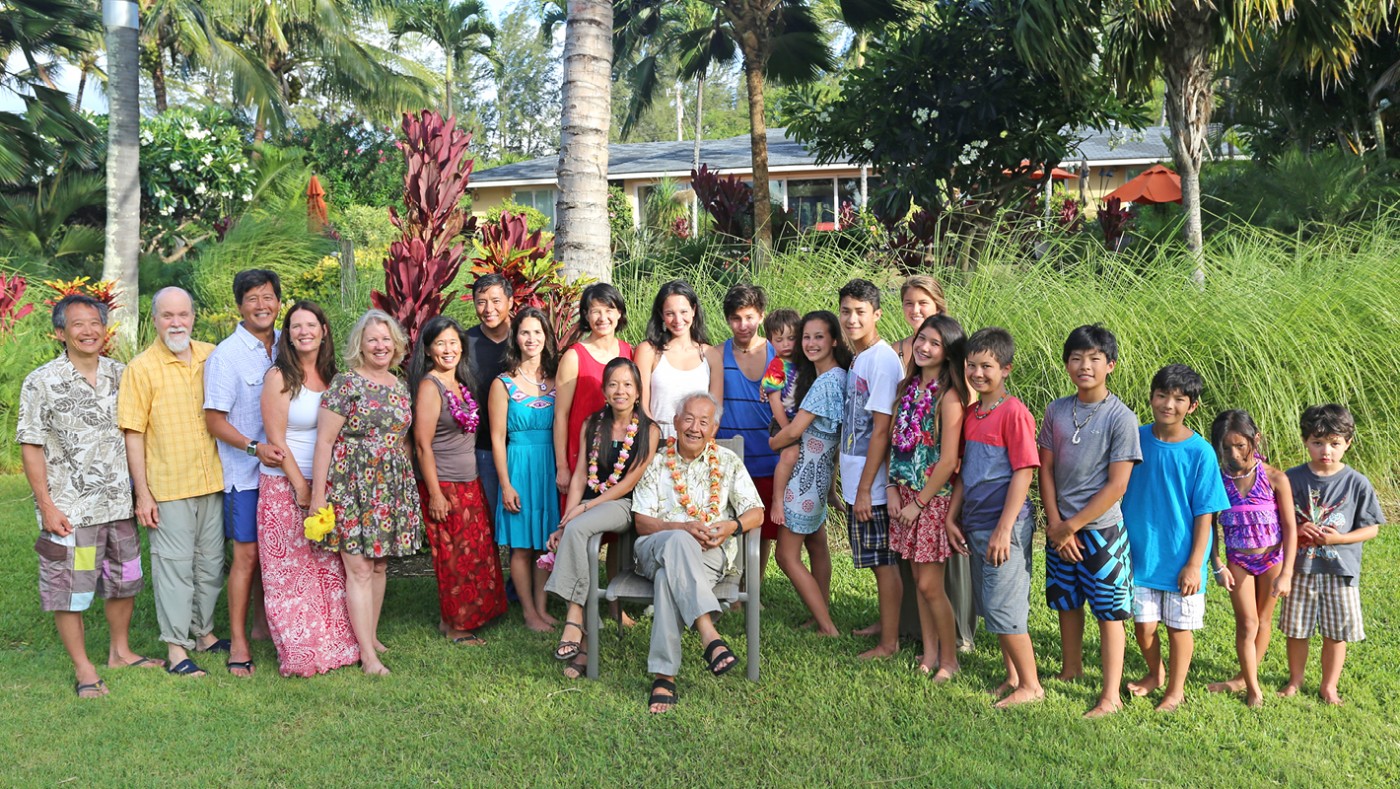