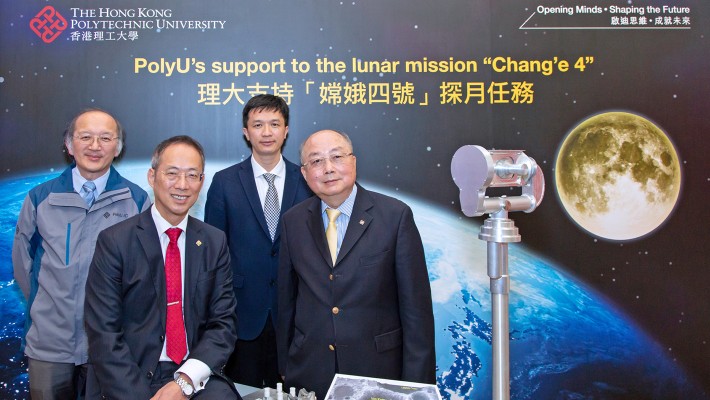 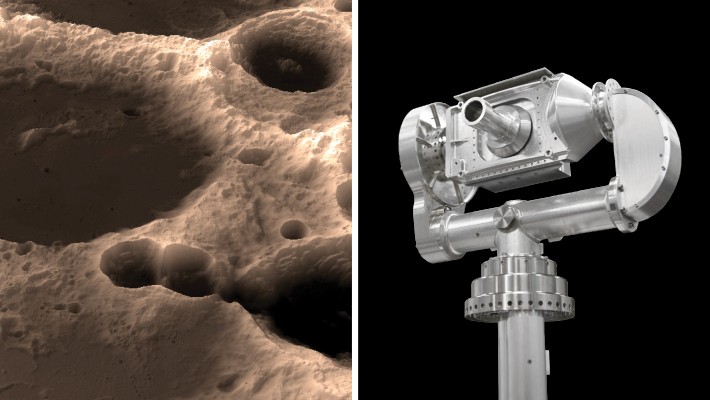 PolyU experts have been creating sophisticated tools for space adventures since the 1990’s. More recently, the University contributed to China’s Chang’e-4 probe in the first-ever landing on and exploring the far side of the Moon.

Funded by the China Academy of Space Technology (CAST), Dr Wu Bo and his research team from the Department of Land Surveying and Geo-Informatics created high-precision and high-resolution topographic models at the potential landing region for the Chang’e-4. The team also analysed the terrain and geology of that region to help put forward an evidence-based proposal of the possible landing sites.

Another expert team led by Prof. Yung Kai-leung from the Department of Industrial and Systems Engineering jointly developed the Camera Pointing System with CAST. Mounted on the upper part of the lander of Chang’e-4, the system is deployed for capturing images of the moon and facilitating movement of the lunar rover. At only 85 cm long, 27 cm wide, 16 cm deep and weighing 2.8 kg, this gadget is capable of moving vertically by 120 degrees and rotating sideway by 350 degrees. Delicately manufactured in PolyU’s Industrial Centre, this instrument is able to withstand the vast difference in temperature and function in the Moon’s gravity. Details>>