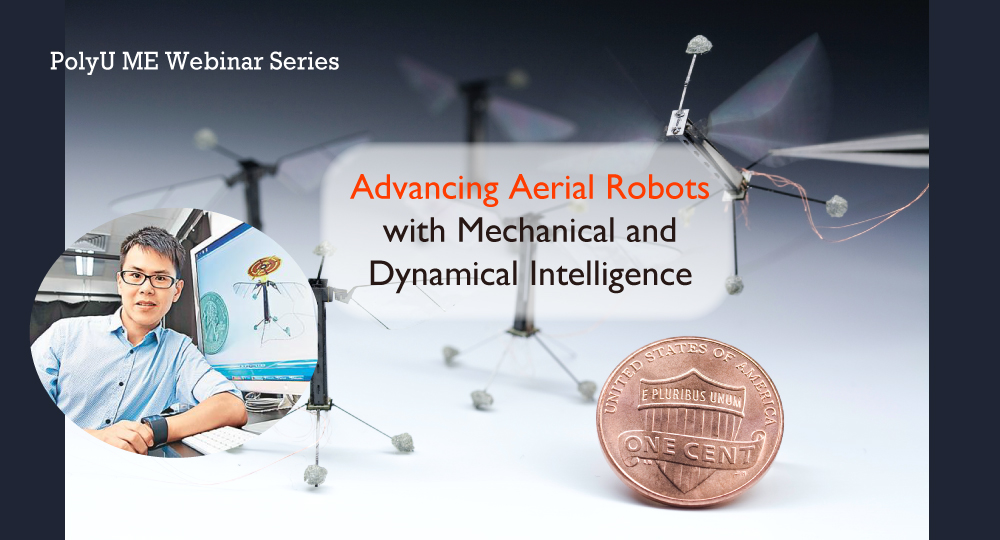 Dr Pakpong Chirarattananon received his bachelor and master’s degrees from University of Cambridge, UK, and a Ph.D. degree from Harvard University under the supervision of Professor Robert Wood in 2014. His graduate work was centered on the dynamics and control for insect-scale flapping-wing robots. His research interests include biologically inspired robots and micro aerial vehicles.

As the platform size is reduced, flight of aerial robots becomes increasingly energetically expensive. Limitations on payload and flight endurance of these small robots’ prompt researchers to explore various mechanisms that allow small robots to achieve more with less components. In this talk, we focus on the recent developments of the bio-inspired flight platforms. An example of passive mechanisms that was a key feature of an insect-sized flapping-wing robot becomes a motivation that leads to other interesting flight features, including an origami-inspired protective airframe and severely underactuated and multimodal multirotor vehicles.