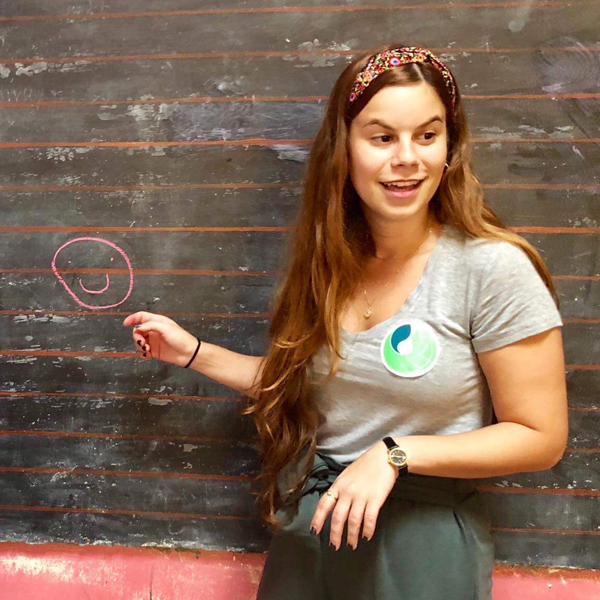 Shoshi studied in the University of Haifa and took part in the first student initiated project in association with the University Social Responsibility Network (USRN) to Uganda in Summer 2018.  Hear out what she says!

Last July I took part in a program called the Uganda Project.

We were a team of 7 members from 6 universities around the world, that are under the “University Social Responsibility Network”. We met during the Global Youth Leaders’ Summit held at The Hong Kong Polytechnic University in June 2017. Recognizing our role as global citizens and holding the view that young people can play an important part in developing our world, we developed a student network to connect like-minded young leaders and facilitate long-term cross-cultural collaboration.

After exploring the current pressing issues in developing countries, learning about the situations in communities, and promoting our observations and efforts to others we came up with the idea of project Uganda.

The goal of the project was to create a Child’s Learning Community Center in Uganda (East Africa). We believed that prior engagement with the community will lay ground work for sustainability of the activities of this center. This engagement has been done through partnership with a local NGO in Uganda called 40 Days Over 40 Smiles Foundation.

My part in the further development of the project was to be responsible for the English classes. It was a hard and challenging task, since I had to adapt the content for the different age groups and tried to create interesting content that would not feel like their everyday lessons. In addition, since we were a few team members, I had to create the lessons on my own. Finally, I found different content that could be suitable, and thanks to my experience in lecturing and training, I changed the content accordingly and turned them into lessons in the form of interesting activities.

Throughout the program I was very excited, I really felt that we were going to make a change and I tried to help all the team members so that the program would succeed. I tried to think about ways we could make a difference and influence and tried to put them into the program.

Execution of the plan
When I first came to Uganda I was afraid, it was new to me to get to a place I had never been to, with people I knew for a short period of time, but I must point out that this was one of the most empowering experiences of my life.

The first morning (24/7) we started presenting the content to the rest of the team to improve and adapt it according to comments from the rest of the team. I think it was an important and significant step for the success of the project and I am glad we did it. Afterwards, we went to a local university to tell them about this program and about past programs that we took part it in the past, to inspire them and to raise the idea of social engagement. This experience was empowering. I learned a lot from the local students which also joined us throughout the program, which was an enjoyable experience.

On the next day (25/7) we visited 4040 (local NGO). We met the staff members and took part in a discussion about their program, how it began and the ways they raise money and keep the program sustainable. I learned a lot from them, they inspired me to keep my beliefs and never give up. After the discussion, we visited project sites of 4040, we went to an orphanage to see the organization’s contribution. We spoke with the kids and the staff, we had a tour there and we saw the impact of 4040 work. That day was very emotional. The kids were cute, nice and positive and I enjoyed being with them, but it was also sad to think that most of them have no parents nor support system.

On Thursday and Friday, (27/7, 28/7) we had Full-day workshops in a local school in Kibuli slum, Kampala, Uganda with Games and activities. I oversaw the English lesson, and I received help from local students from Uganda KIU and from a student from Hong Kong Polytechnic University. When we delivered the lessons, the kids paid attention, they engaged with us and we could see that they are enjoying themselves. I was so happy that they learned new things and that we succeeded in making an impact. I think these two days were the most significant days for me.

Overall, I hope and think that we made an impact, even a small one. I believe that big things start with small things, and that it is just the beginning and it was a good start in the right direction towards a change.

I feel blessed to have had the opportunity to take part in this project, and hope for more to come.