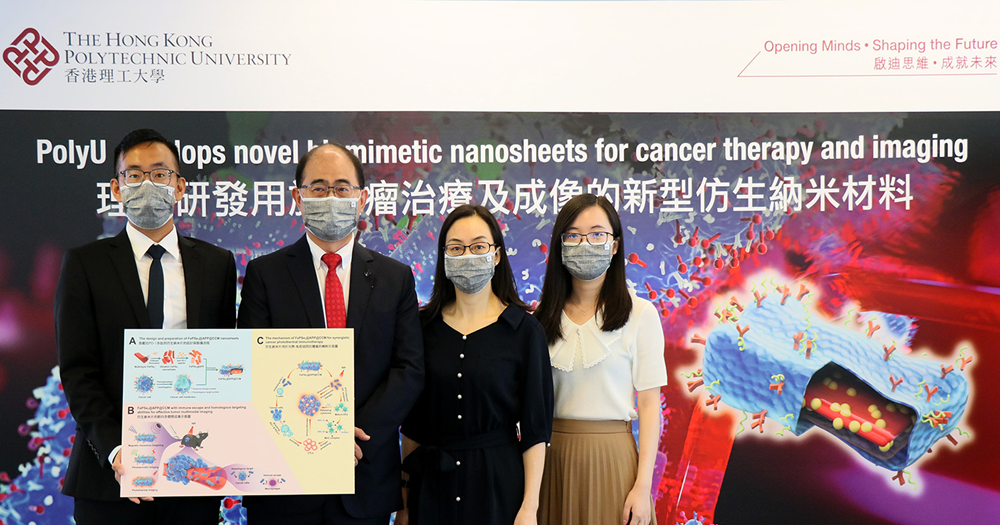 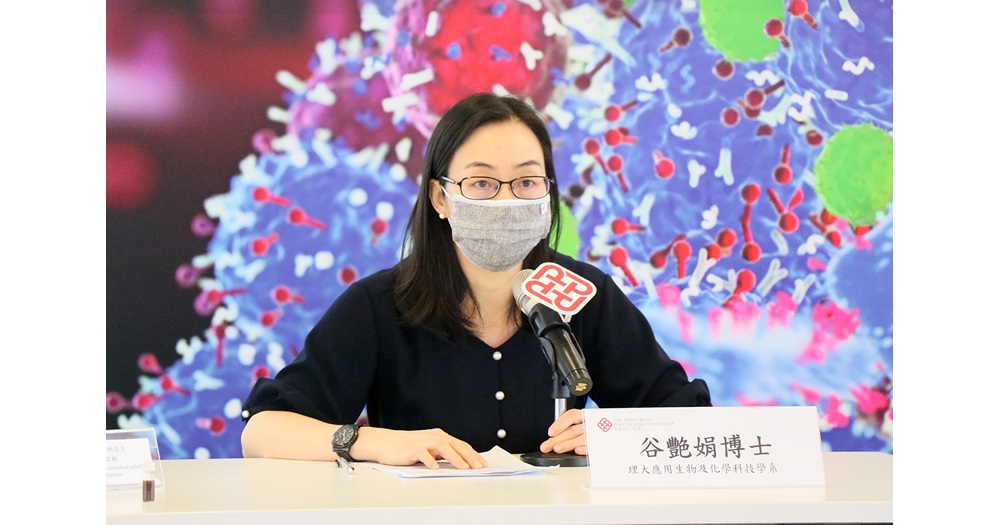 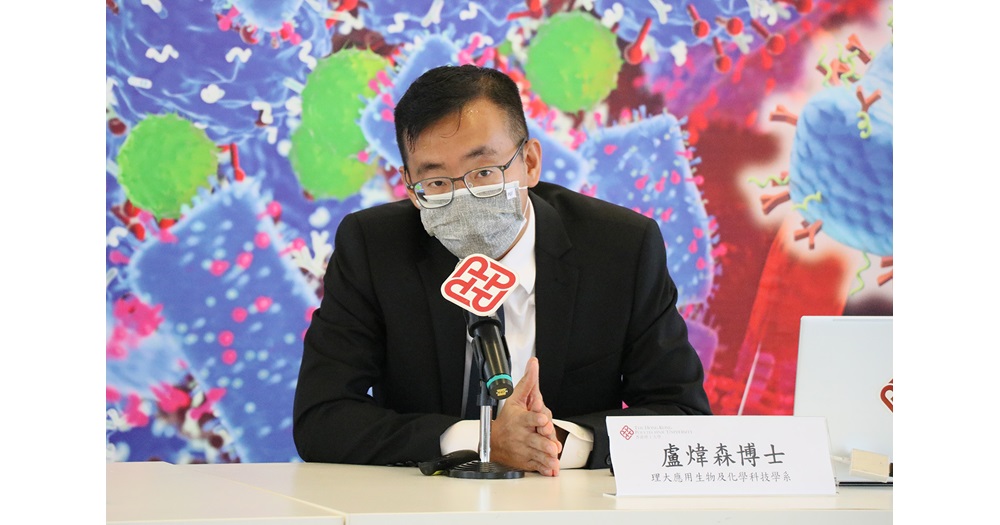 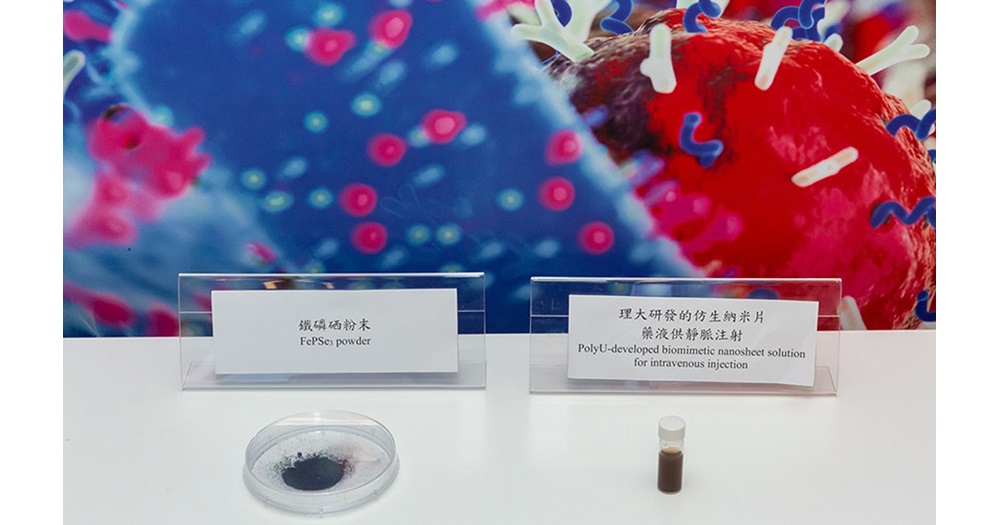 The Department of Applied Biology and Chemical Technology (ABCT) at PolyU has developed a novel type of biomimetic nanosheet. By harnessing two emerging cancer therapies, namely immunotherapy and photothermal therapy, the nanosheet enables effective and precise treatment of tumours, reduce side effects and increase patients' survival rates. The research findings have been published in the prestigious international journal Advanced Science.

The research team, led by Professor Wing-tak Wong, Chair Professor of Chemical Technology of the ABCT and the Deputy President and Provost of PolyU, used 2D nanosheets (FePSe3) to develop a novel multifunctional nanomaterial for cancer theranostics. The FePSe3 nanosheets are loaded with anti-PD-1 peptide which can block the conjugation between cancer cells and T cells. Without directly attacking the cancer cells, blockage of such interaction has been reported to revoke T cell functions, leading to enhanced antitumour immunity.

After coating with cancer cell membranes, the nanosheets will become a biomimetic nanomaterial with tumour cell membrane characteristics that provide effective camouflage, enabling them to target the tumour site efficiently.

Dr Summy Lo Wai-sum from ABCT explained that the innate immune system attacks foreign objects, making it difficult for the drug-loaded nanomaterials to reach the tumour site. The cancer cell membrane has a tumour-targeting characteristic that will converge homologous cells.

In addition, the large specific surface area of the 2D nanomaterials is conducive to improving the drug loading ratio of the anti-PD-1 peptide.

Dr Lo said by applying the synergistic therapy in an experiment for colorectal tumour treatment, they found that it was more effective than single therapy and had fewer side effects.

FePSe3 can also achieve the goals of theranostics. By harnessing magnetic, optical and thermal properties, FePSe3 enables three imaging modalities, namely MRI, PAI and PTI for real-time tracing and tracking of the tumour sites and the nanosheets, in order to achieve multimodal diagnosis in cancer treatment.

The PolyU team carried out experiments on mice bearing subcutaneous colorectal tumours to investigate the application in living animals. It showed that the tumour volume had significantly reduced after 25 days of synergistic therapy, whereas the survival rate of the mice was three times higher than that of the control groups. The research team also utilised the MRI and photoacoustic imaging capabilities of the biomimetic nanosheet to observe the tumour for 24 hours, visualising the targeting and accumulation of the nano-theranostic material at the tumour site.

Dr Lo said they will further expand the application of this nanomaterial to other cancer therapies and study the metabolism of the nanosheet in the living body. Clinical trials are expected in five years the earliest.