In 2012, he was awarded the title of ‘Fellow’ by the Academy of Social Sciences, UK. In 2015, he was elected as a ‘Foreign Member’ of The Finnish Society of Sciences and Letters (Societas Scientiarum Fennica). He is author and editor of twelve books, guest-editor of ten journal special issues and has published more than 250 journal articles and book chapters in leading journals. In addition, he has presented more than 1200 papers (including plenaries, keynotes, masterclasses and workshops) at international conferences and other forums. Since 1998 he is the editor of TEXT & TALK: An Interdisciplinary Journal of Language, Discourse and Communication Studies (formerly TEXT) as well as the founding editor, since 2004, of both Communication & Medicine and Journal of Applied Linguistics and Professional Practice (formerly Journal of Applied Linguistics). He is also general editor of the book series Studies in Communication in Organisations and Professions (SCOPE). He serves as an editorial board member for other journals and book series[es], and as a consulting advisor at many national and international levels.

Medical emergency calls are interactionally and thematically organised through question-answer sequences. The callers can be patients themselves, but in most cases the calls are made on behalf of patients, e.g., partners/spouses, children/sibling, professional carers and even strangers. This presentation is premised on the basic assumption that the caller profile is a key variable in how the communication process is mediated, irrespective of the algorithmic script guiding such calls.

Using theme-oriented activity analysis as the analytical framework, the findings indicate different interactional patterns of elicited and volunteered information at two phases of the call: the problem presentation phase and the detailing of medical condition phase. More specifically, there emerges a kind of gradation of elicitation by the call taker when it involves family members mediating the call – moving from directing questions at the caller to asking the caller to direct questions at the patient to expressing the intention to directly speak with/listen to the patient. This pattern deviates starkly when it involves patients and healthcare professionals as caller-types, given the direct accessibility of symptoms in the case of the former and the abundance of volunteered information in the case of the latter. In essence, during the emergency medical calls, the call taker handles not only ‘factual’ information in an algorithmic, scripted manner against established criteria but also the caller type as part of the emergent communicative contingencies. I suggest that such findings have practical relevance for call handlers and can constitute a core part of in-service communication training packages. 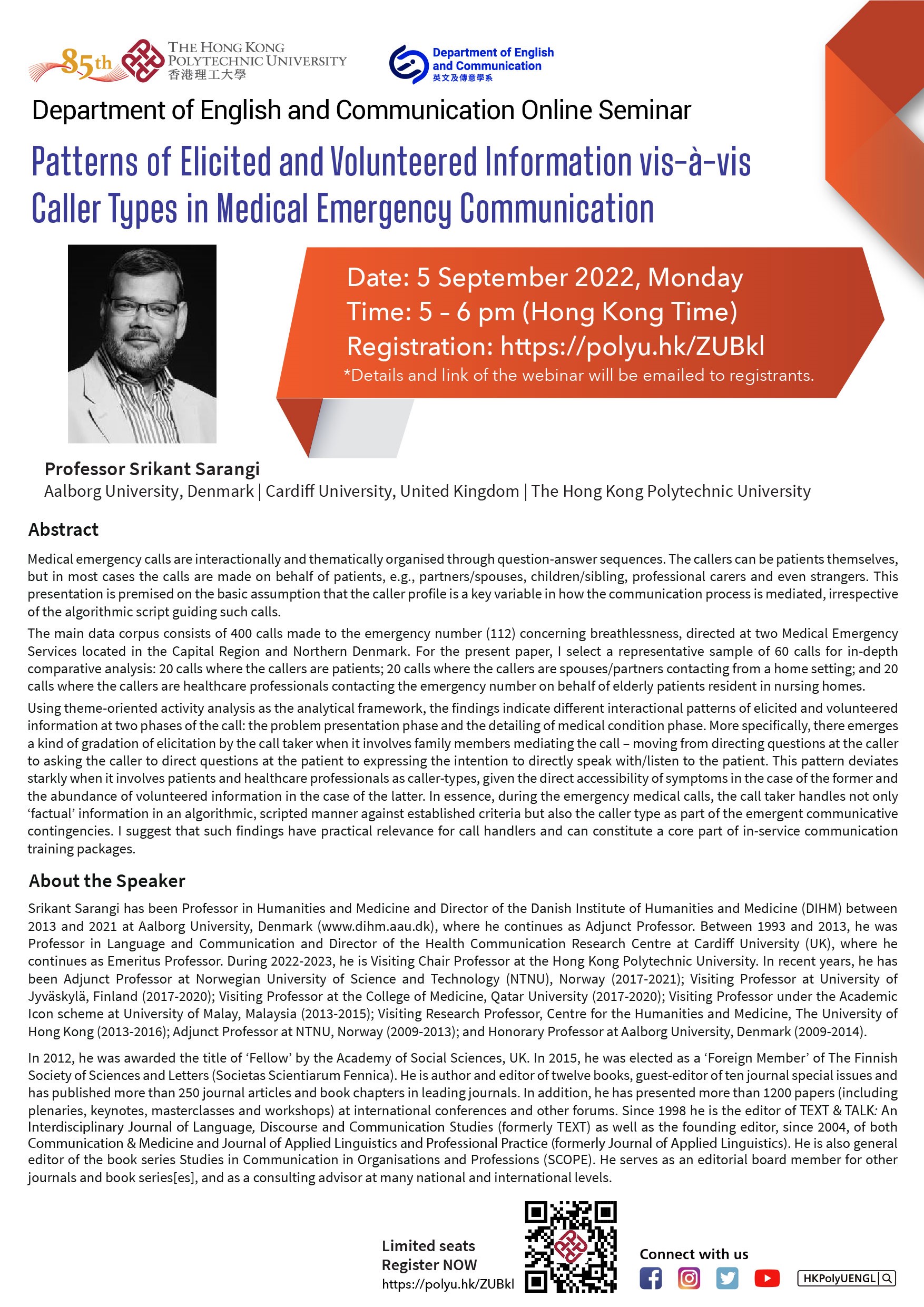 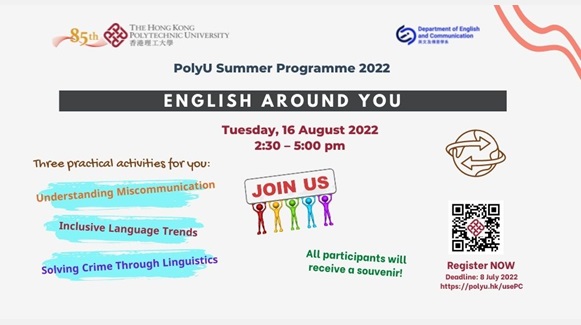 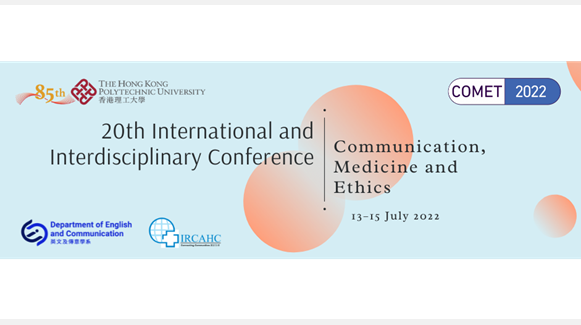 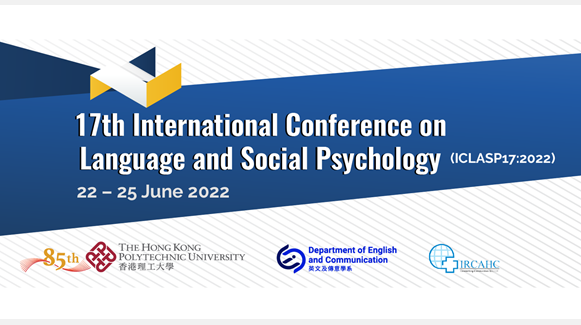 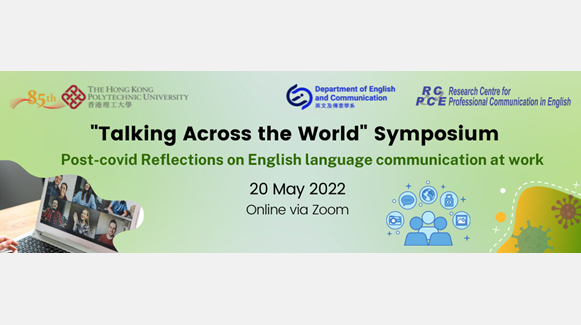 "Talking Across the World" Symposium 2022: Post-covid Reflections on English language communication at work