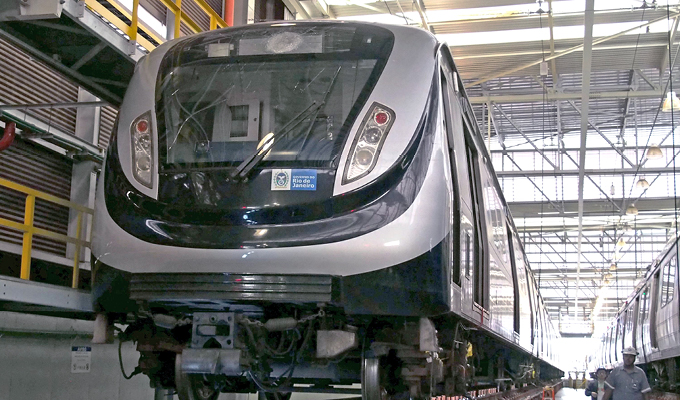 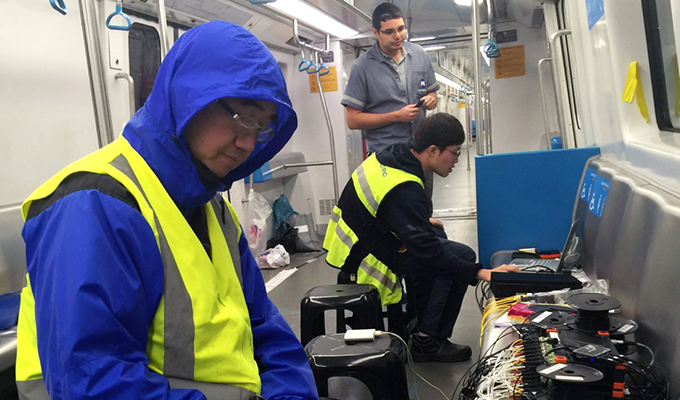 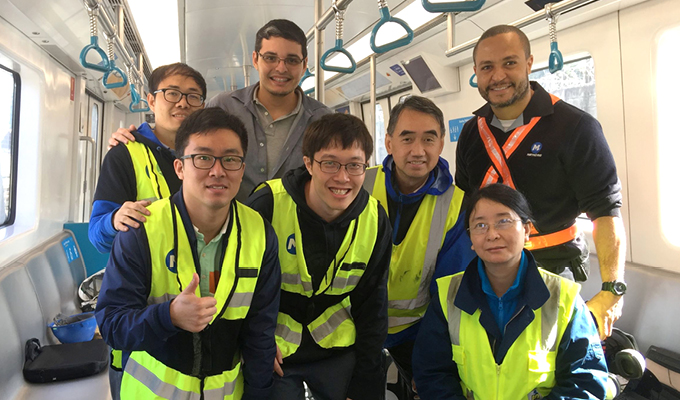 The research team made use of the PolyU-developed optical fibre sensing technology to conduct a comprehensive monitoring on the dynamic performance of the critical components (such as acceleration, strain and temperature) of motor and trailer cars, covering bogie, axle box, lifting plate, gear box, antenna beam and traction. The team also conducted a 4-day on-board monitoring for a cumulative mileage of 500 km, in accordance with industry standards. Prof. Ni Yiqing, Hong Kong Branch Director, said “the analysis results showed that the metro trains operated in satisfactory and healthy conditions which are critical for safety and stability of movement of the trains, even when travelling at full speed.”

The Olympic line was publicly launched on 30 July. Details>>