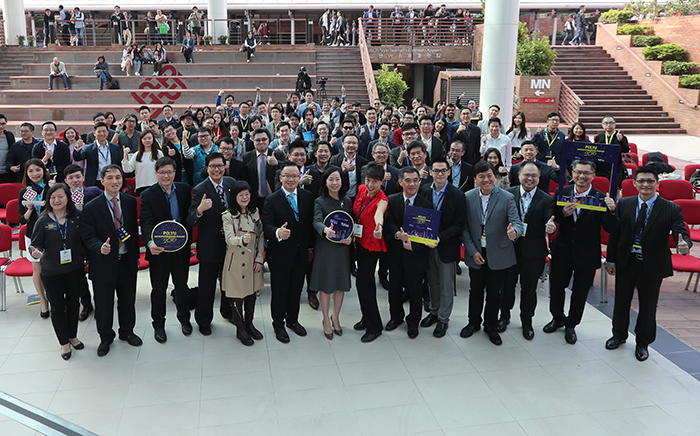 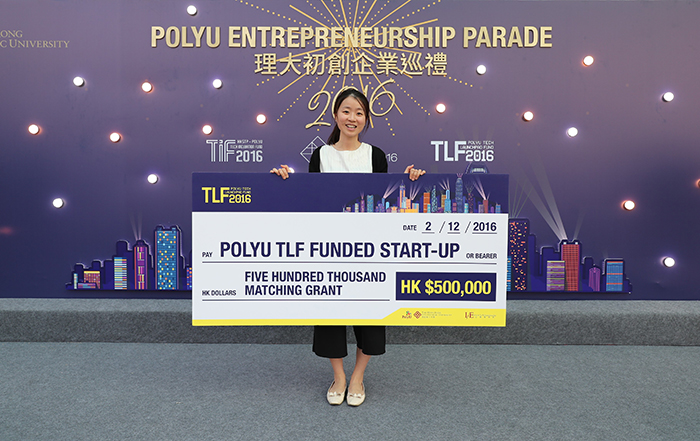 Speaking at the ceremony, Dr Miranda Lou, Vice President (Administration and Business) of PolyU, said, "PolyU has dedicated its efforts in promoting innovation and entrepreneurship through collaborating with different like-minded partners, including incubators from Shanghai and Hong Kong and angel investors. 'Micro Funding Platform' has been established with diversified funding schemes for start-ups at various stages, with the aim to nurture young entrepreneurs with the 'Do Well Do Good' entrepreneurial spirit."

Among the awarded start-ups, some of them have showcased their products in the international arena. Ms Nicole Or, a graduate from Department of Applied Social Sciences, has developed the camera app named Spincle which was presented in TechCrunch Disrupt SF 2016 Startup Battlefield in San Francisco, USA. Spincle is a camera app for creating 360° video as well as generating 3D virtual reality visual. In addition, Loom Loop, a local fashion brand established by our School of Design graduate Ms Polly Ho, had also been showcased in New York Fashion Week and other overseas fashion shows. Loom Loop incorporated the eco-friendly Canton Gambiered silk in designing its chic and trendy fashion.

At the ceremony, Dr Lou also announced the establishment of InnoHub in PolyU and PolyU Shenzhen Base next year. InnoHub is a co-creation space bringing corporate experts, entrepreneurs, investors together for innovative, cross-discipline and cross-sector collaborations. It aims to create synergy among all and develop new technology and start-ups to help solve the problem of each sector or society at large.