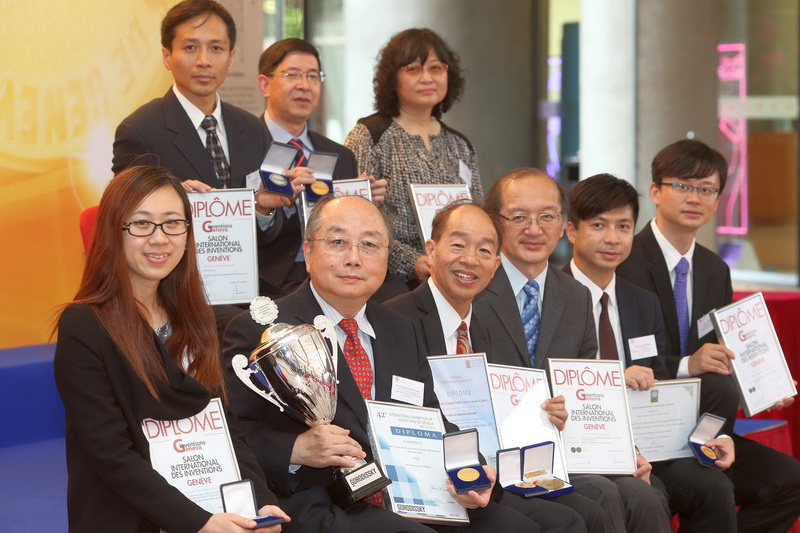 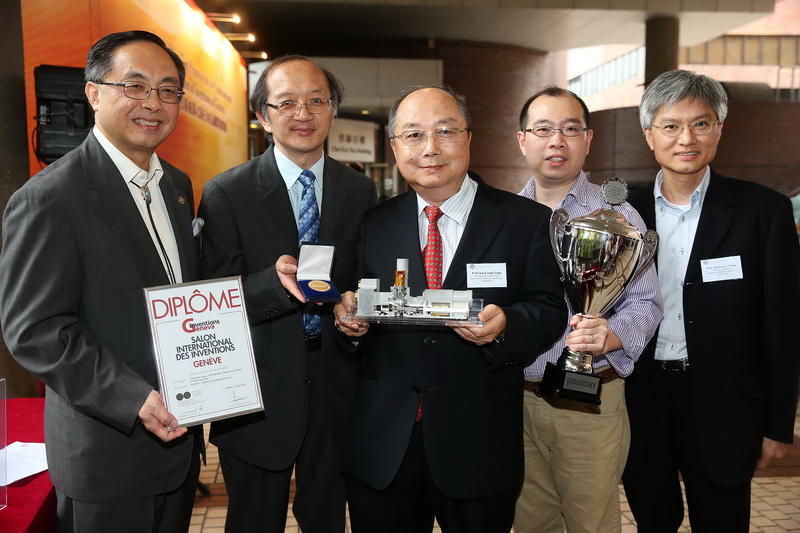 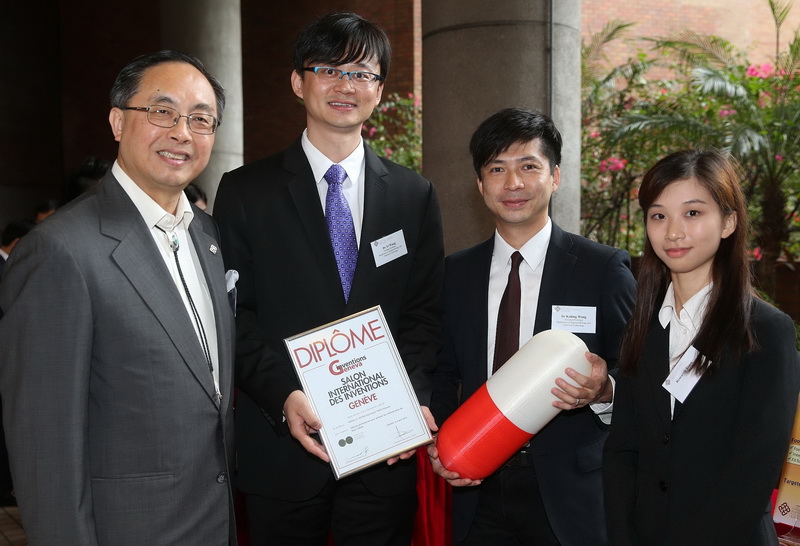 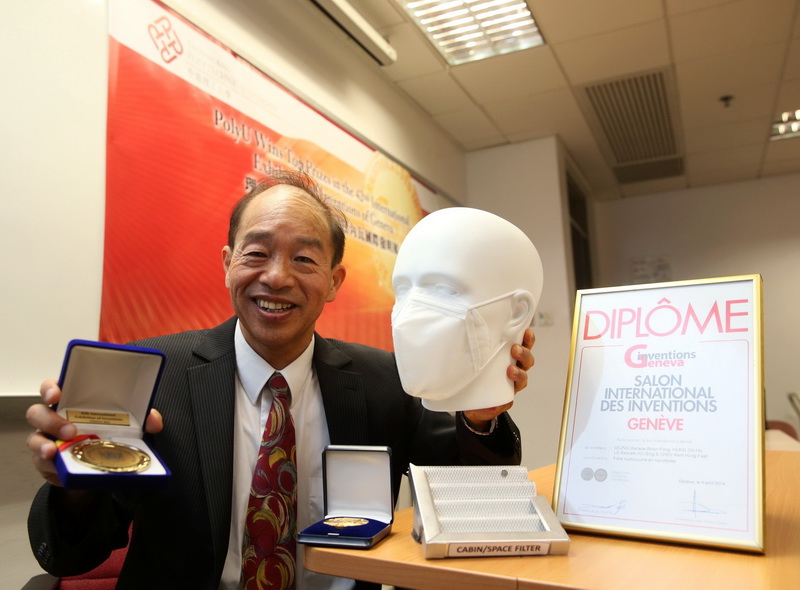 The Hong Kong Polytechnic University (PolyU) has won a total of 11 prizes for its multi-faceted innovations presented in the 42nd International Exhibition of Inventions of Geneva. Not only have these breakthroughs brought glory to Hong Kong, but also extended the frontiers of knowledge and enhanced the well-being of our society on different fronts.

This year, PolyU researchers have won one Grand Prize, one Special Gold Medal, three Special Awards, four Gold Medals and two Silver Medals in the international event. The winning projects were presented at a press conference hosted by Mr Nicholas W. Yang, Executive Vice President of the University today (5 May 2014). The winning entries are listed and briefly described as follows:

Soil Preparation System (SOPSYS) is a mission-critical space tool developed by PolyU for the Phobos-Grunt Mission, the first strategic interplanetary exploration of the Sino-Russian collaboration which led to historical attempts to land on the Martian moon Phobos, collect soil samples there and conduct in-situ analysis. This tool will also be used for the coming mission to explore Phobos.

SOPSYS is compact and lightweight for grinding and sifting Phobos rocks to sub-millimeter size for in-situ analysis, which is a crucial step in understanding the evolution of the universe. Some of the technologies developed for SOPSYS have been applied in the Camera Pointing System for the successful Chang'e-3 lunar mission of China.

Investigators developed a new food-grade capsule by using zein and pectin, in which zein acts as a water barrier to protect pectin from swelling while pectin protects zein from intestinal digestion. By varying the ratio of these two materials and modifying the capsule design, targeted drug delivery either to the stomach, the small intestine or the colon can be achieved.

Nanoaerosols, including diesel particulates, laser-printer particles, viruses and bacteria, can get into our respiratory, vascular, lymphatic and nervous systems, leading to various chronic diseases.

The multilayer nanofibre filter using multiple thin nanofibre layers, each supported by a permeable scrim material, attains high-capture efficiency of nanoaerosols. It also has a lower pressure drop compared to the case in which all nanofibres are packed in a single-layer.  By functionalizing the nanofibre layer(s), gaseous pollutants can be converted to harmless substances while bacteria can be killed.

This newly invented rehabilitation tape can fix subluxed joint and correct extreme deformity of body.  With good adhesion to the substrate, this innovative tape enables external fixation of subluxed joint and good control of the motion of the injured joint.  This project was jointly undertaken by the University’s Department of Rehabilitation Sciences and Hong Kong Research Institute of Textiles and Apparel (HKRITA).

Smart impact protective material is made of 3D auxetic spacer fabric treated with impact hardening polymer which is specially developed based on smart stress-responsive micro-gels. The treated fabric is flexible during normal use. However, it can instantly get rigid on impact, rapidly transmitting the impact force onto a big area, and become flexible again after the impact. Well balanced between protective performance and comfort, the new fabric is an ideal textile material to substitute polyurethane foams and rubbers which are currently used to produce high-performance protective garment and equipment.

This project was jointly undertaken by the University’s Institute of Textiles and Clothing and HKRITA.

This platform provides force sensation for the physically impaired in rehabilitation treatment as well as occupational training in daily activities and people in need of training involving hand movement and dexterity.

This newly invented wearable conductive material is light and washable with provision of heat to multiple targeted regions.  It can be applied in outdoor apparel products, home thermal goods as well as healthcare and medical treatments.  This project was jointly undertaken by the University's Institute of Textiles and Clothing and HKRITA.