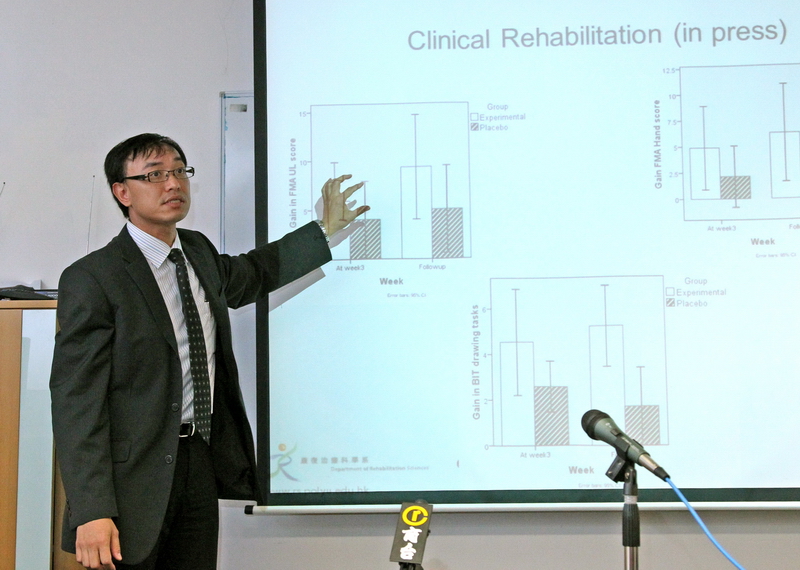 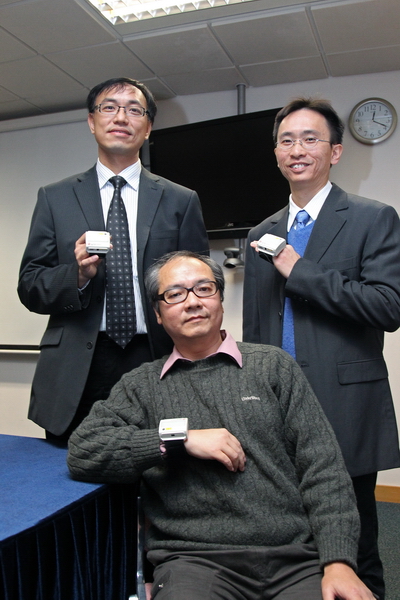 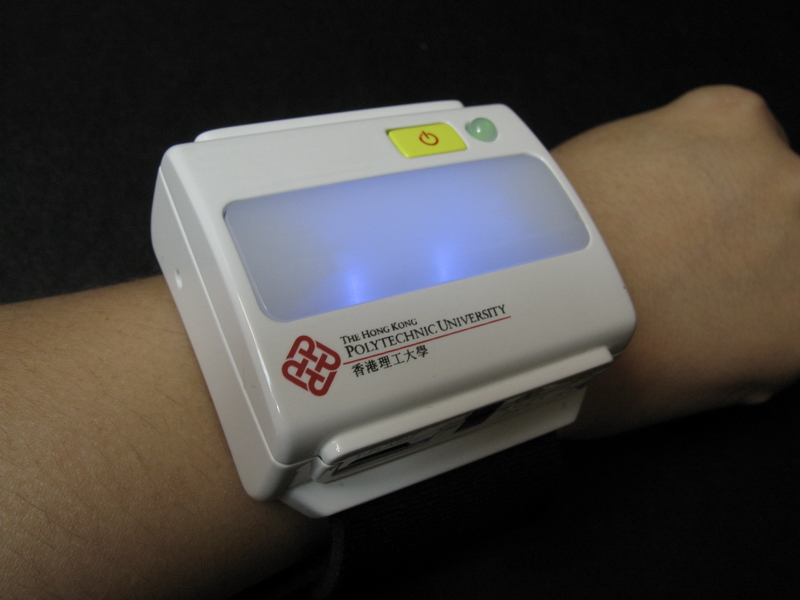 Researchers of The Hong Kong Polytechnic University (PolyU)'s Department of Rehabilitation Sciences have developed a novel treatment for people with hemiplegic arms because of stroke or unilateral cerebral palsy in order to speed up their recovery. Coined "Remind to move", the treatment requires the patients to wear a specially made sensory cueing wristwatch (SCW-V2), which is designed to provide pertinent sensory signals at a fixed interval.

The research was led by Dr Kenneth N. K. Fong, Associate Professor of the Department of Rehabilitation Sciences, who indicated that one of the common problems with arm recovery after stroke or in children with cerebral palsy is the "learned non-use". With learned non-use, a portion of motor impairment of the patient is not resulted from the brain cell damage but from the learned suppression of the movement, and that makes an individual unable to move or develop the arm further.

Dr Kenneth Fong therefore developed a sensory cueing wristwatch to promote the attention and overcome "non-use" of hemiplegic arm through sensory cueing (e.g. vibration) emitted by a portable ambulatory wristwatch device tied to the upper limb, thereby reminding the subject to move his/her arm as instructed by the therapist.

Three initial clinical trials have been completed in hospitals and in the community settings over the past few years. Not only have the research team published their results in top international rehabilitation journals, but also obtained patents for the device in the United States and on the Chinese mainland.

The results of a randomized controlled trial done in the hospitals supported the proposition that sensory cueing using a cueing device was better than using a placebo device in improving arm functions for patients with stroke and unilateral neglect. In the community settings, participants with chronic stroke were asked to wear a ambulatory sensory cueing device on their affected arms for three hours a day and engage in repetitive task practice for two weeks; while school children with unilateral cerebral palsy were asked to wear a sensory cueing wristwatch device for five hours a day over a three-week period to remind them to perform a set of pre-determined arm exercises to enhance their arm functions. All subjects ended up with significant improvement in using their hemiplegic arms.

The device is now being used in the occupational therapy departments of five hospitals under the Hospital Authority. As the device is small, light, user-friendly and cost effective, the treatment can be carried out at home and even in the absence of therapists' supervision. This allows patients to practise more using the hemiplegic arms in real life.

More recently, PolyU researchers have been awarded research funding from the Research Grants Council to support the further development of this novel treatment. The research team will also look for business and industry partners to further develop the wristwatch device with better design and a new monitoring system.