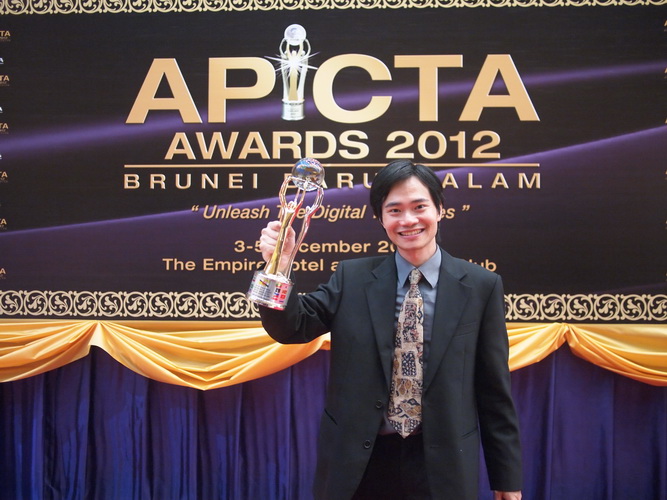 The "KineLabs" developed by researchers of The Hong Kong Polytechnic University (PolyU), which is a free software platform with rehabilitation games for elderly people and persons after stroke, has recently scooped the top prize in the "e-Health" category of the Asia Pacific ICT Awards (APICTA) 2012.

Using a Kinect sensor which captures depth data for reforming the body skeleton and tracks down the precise movement, "KineLabs" has impressed the judges by developing three rehabilitation games for elderly people and persons after stroke to have fun while enhancing their motor skills by using their 3D movement. Members of the public can download a free copy of the interactive game from the dedicated webpage at URL: www.polyu.edu.hk/kinelabs.

With the support of the Office of the Government Chief Information Officer (OGCIO), the project was kicked off in 2011 with seed money provided by the "Development of Assistive Technology for Persons with Disabilities Fund". The project team is headed by Dr Raymond Tong Kai-yu, with team members Dr Fong Ching-hang, Mr Lawrence Chong Kwok-wai and Mr Nathan Lam Kim-fung. Earlier this year, "KineLabs" won the Silver Award in the Hong Kong ICT Awards 2012: Best Innovation & Research Award.