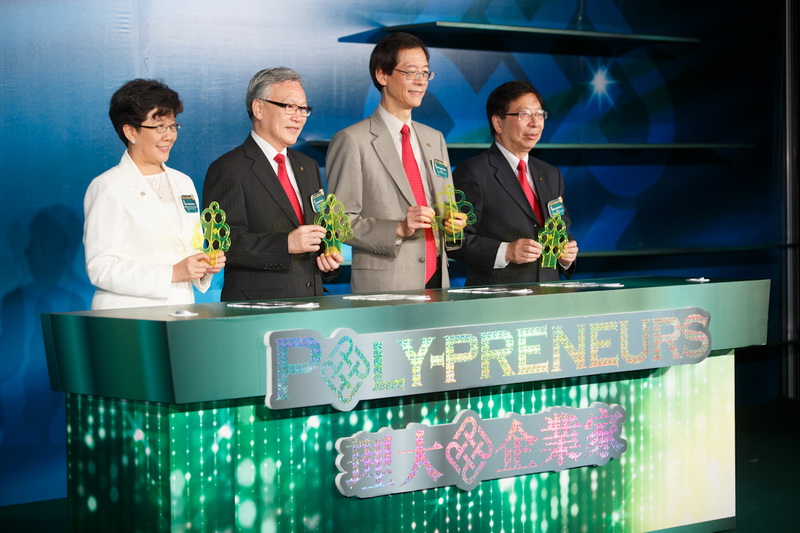 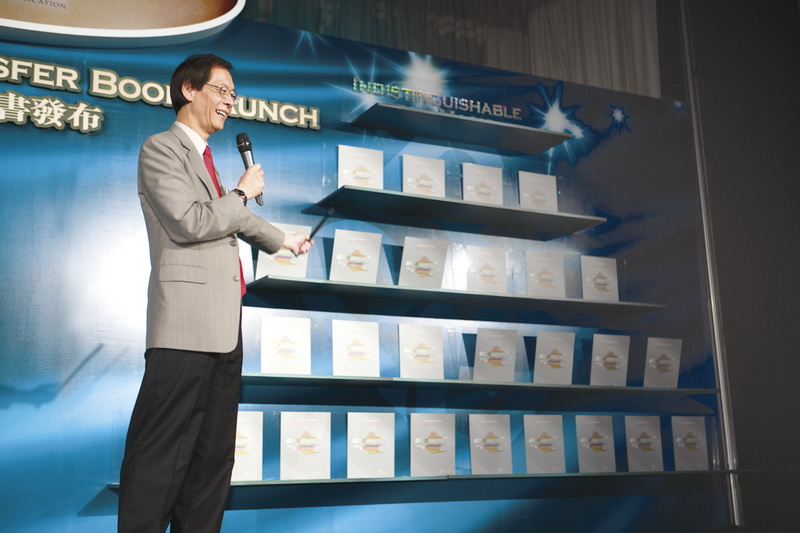 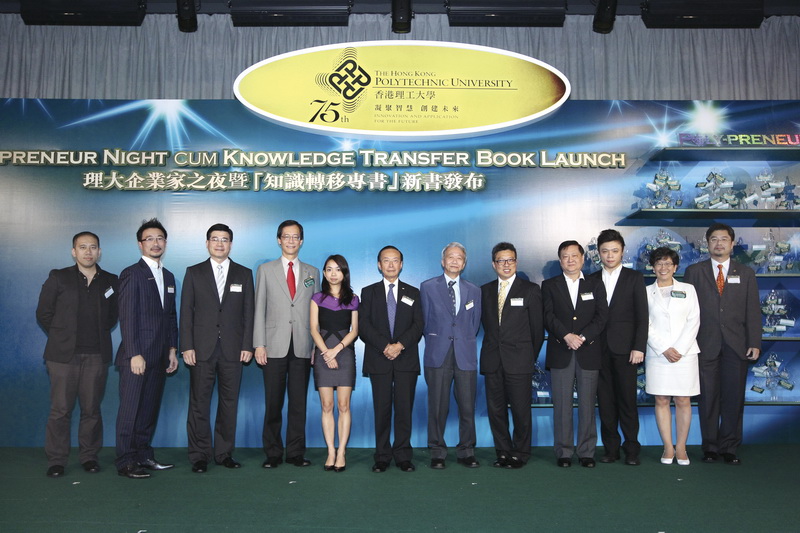 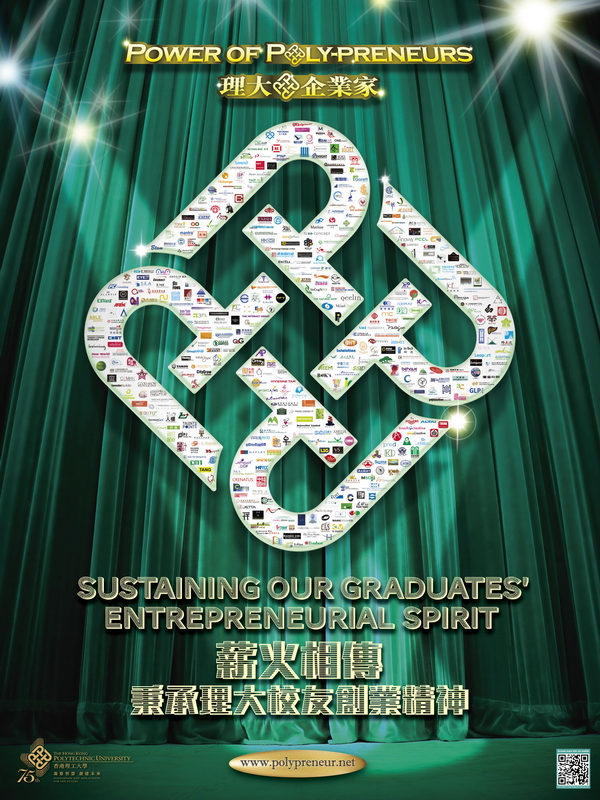 The Hong Kong Polytechnic University (PolyU) has coined a new term “Poly-preneurs” to acknowledge the entrepreneurial spirit of its venturous graduates who start their own business and their contribution to the advancement of Hong Kong’s economy.

In celebrating its 75th Anniversary, more than 400 Poly-preneurs’ company logos were collected to create a gigantic PolyU logo. This does not only serve as a special anniversary gift to the alma mater, but also showcases to the community the solidarity and concerted efforts of PolyU’s strong alumni force.

As a token of appreciation, these alumni entrepreneurs from different eras were invited to join the “Poly-preneur Night” on 31 May 2012 at Hotel ICON. The dinner was officially opened by Dr Ng Tat-lun, Deputy Chairman of PolyU Council; Ir Professor Johnny Fan, President of The Federation of The Hong Kong Polytechnic University Alumni Associations; Professor Timothy W. Tong, PolyU President; and Professor Angelina Yuen, Vice President (Institutional Advancement and Partnership).

“Poly-preneur Night” aimed to celebrate the University’s 75th Anniversary as well as PolyU graduates’ entrepreneurial spirit. In fulfilling the spirit of PolyU’s motto “To learn and to apply, for the benefit of mankind”, these venturous graduates have created employment opportunities and brought economic benefits to the society at large.

Speaking at the occasion, Professor Tong expressed his appreciation to the Poly-preneurs. He said, “PolyU is dedicated to cultivating ‘Do well, Do good’ entrepreneurship culture among the younger generation, and nurturing them to become socially responsible entrepreneurs of tomorrow.” He also called upon the Poly-preneurs to provide mentorship to the young PolyU entrepreneurs.

In the past 75 years, PolyU has long been committed to creating and transferring technology and knowhow with application value to the wider world in various ways. In pursuit of knowledge transfer, Institute for Entrepreneurship (IfE) was established to serve as an important platform to forge closer links between academics and business for their mutual benefits. While reinforcing University’s leadership position in transferring knowledge to the industrial sectors, IfE has recently expanded its function in fostering innovation and entrepreneurial culture in the University and the community. One of the key initiatives to advocate entrepreneurship in the University under IfE is the creation of “Poly-preneur” community.

The event also saw the debut of a book titled “Indistinguishable from magic” compiling more than 75 outstanding PolyU projects or applications to exemplify the University’s efforts and achievement in knowledge transfer. Ranging from sensors that can check railway tracks for cracks to robotic hand which responds to stroke patients’ mental intentions, PolyU has scored an unparalleled level of success in creating remarkable breakthroughs for the benefit of the community.

Many Poly-preneurs are also being very supportive to PolyU-developed technologies and offer great help in commercializing these novel breakthroughs. These include the “Hand of Hope”, Energy-saving LED Driver System, and Fabric Sensor, to name but a few.

“Poly-preneur Night” concluded in style, with each Poly-preneur sharing his/her success motto on a “tree of success”. The messages can be viewed at www.polypreneur.net/.