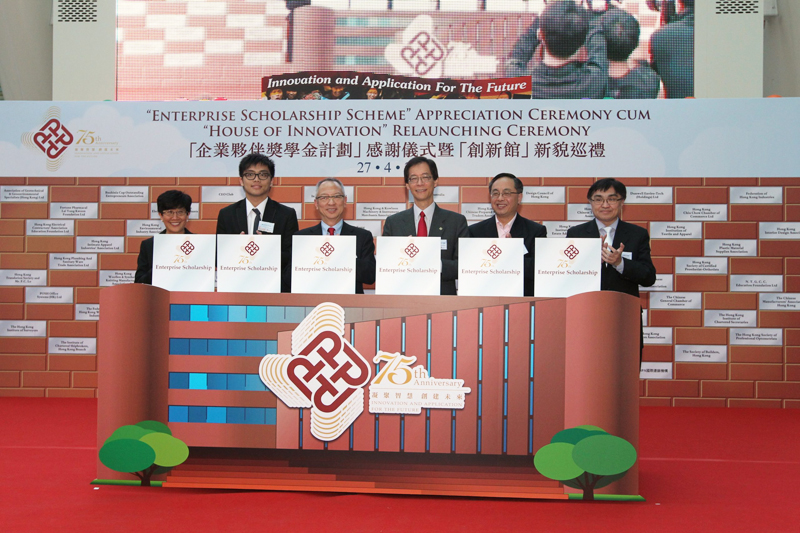 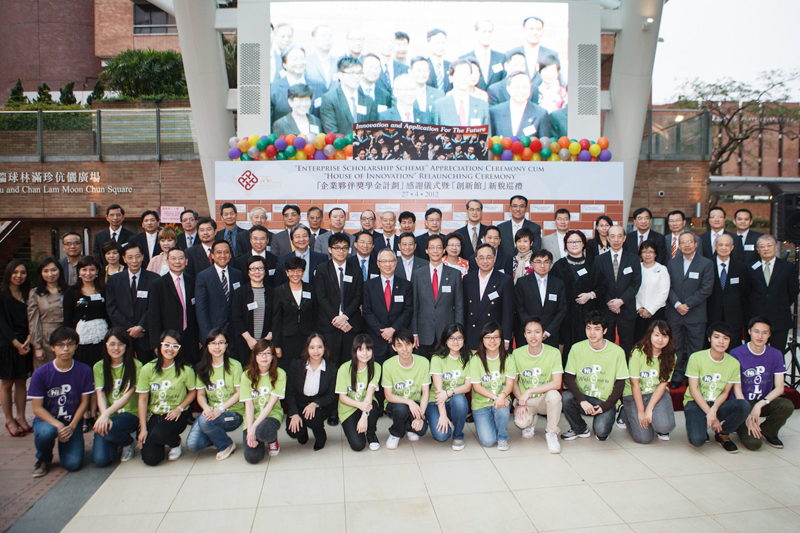 In celebrating its 75th anniversary, The Hong Kong Polytechnic University (PolyU) has recently launched the "Enterprise Scholarship Scheme". This new initiative has received overwhelming response from the industry, with more than 75 professional organizations and their unit members rendering support for the Scheme.

PolyU President Professor Timothy W. Tong expressed his sincerest thanks to the sponsors for their support at the appreciation ceremony held earlier on the university campus. He said, "PolyU has been offering application-oriented programmes which are in line with the development of Hong Kong. We also count on your support to create and pass on new knowledge for the betterment of our society".

The Scheme has won the support of professional organizations from all walks of life, and the newly established scholarships will be named after respective organizations in recognition of their support. About 200 PolyU students with outstanding academic achievements are expected to benefit from the Scheme this year.

The kick-off ceremony of the Enterprise Scholarship Scheme took place on PolyU campus last Friday (27 April), with Professor Roy Chung, Chairman of Federation of Hong Kong Industries; Professor Timothy W. Tong, PolyU President; and Mr Nicholas W. Yang, PolyU Executive Vice President officiating at the event. The ceremony was also attended by representatives of supporting organizations and they were each presented with a certificate.

Following the kick-off ceremony, the guests also visited the recently renovated "House of Innovation" (HoI) and were impressed by PolyU's innovations. On top of showing PolyU's research achievements in general, the House of Innovation has three designated areas themed on textile research, space research and structural health monitoring technology.

Some of PolyU's research projects have been incorporated into the new design of HoI. This can be illustrated by the "Wall of Light" using LED tubes created by PolyU researchers. These LED tubes are using less energy yet emitting more light than regular LED. This energy-saving breakthrough has already been licensed to a local company. It has once again testified PolyU's capability in knowledge transfer for the betterment of the community.

Institute for Entrepreneurship (for enquiries related to the "House of Innovation")