2012.03.29PolyU study sheds light on the diseasing-fighting process of "autophagy" 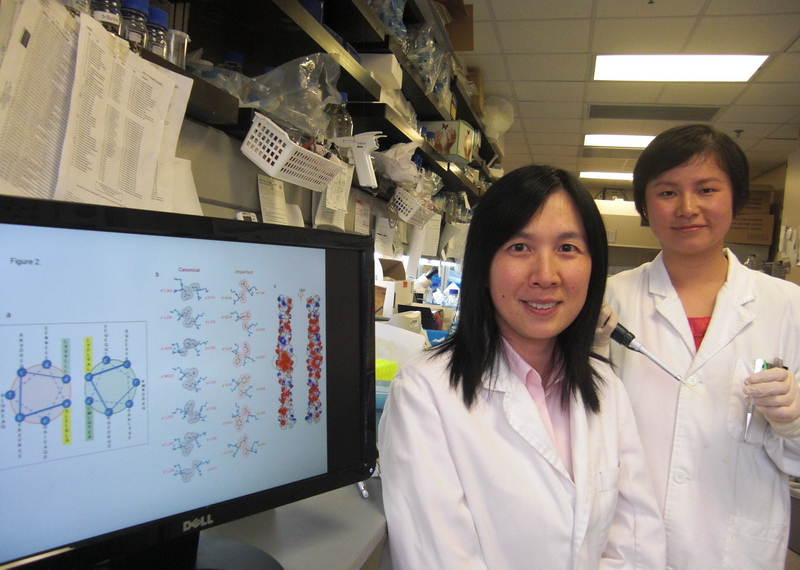 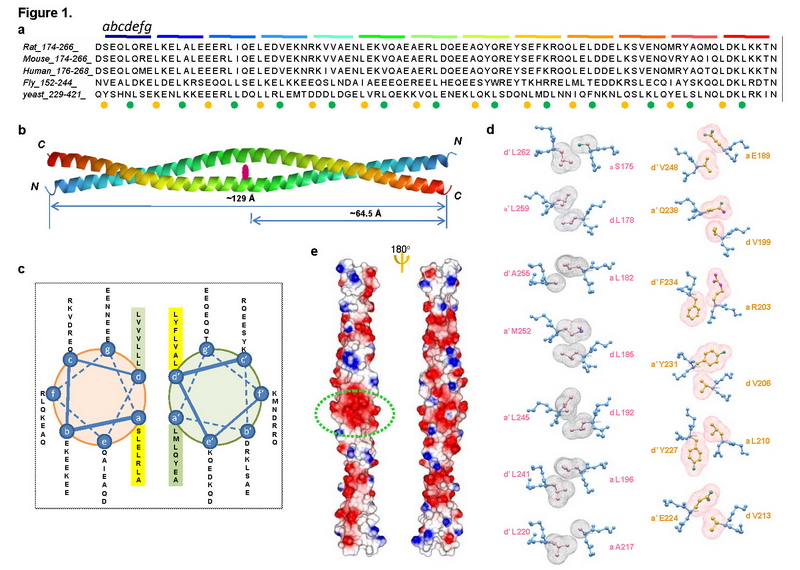 A team of scientists from the Department of Applied Biology and Chemical Technology at The Hong Kong Polytechnic University (PolyU) has made a novel discovery regarding the molecular structure of a protein that plays a crucial regulatory role in the “autophagy” cellular process. This breakthrough has paved the way for researchers to target “autophagy” for potential treatment of cancer and other diseases.

Heading the research team is Dr Zhao Yanxiang, Assistant Professor of PolyU’s Department of Applied Biology and Chemical Technology, with team members Dr Li Xiaohua and Mr Che Ka-hing. They are the first to solve the structure of a portion of the Beclin-1 protein, and this important finding has been recently published in the journal Nature Communications.

According to Dr Zhao, autophagy is a profoundly important process that takes place in all cells, providing the equivalent of a biological recycling system: aged, defunct components are broken down to its basic building blocks, which can be used to assemble new, functional machinery. Autophagy is closely related to many biological processes such as embryonic development and innate immunity. Malfunction of autophagy has been connected to ageing and many serious diseases such as Parkinson’s disease, diabetes and cancer.

Recent studies have shown that protein Beclin-1 is a major regulator of autophagy. Dr Zhao’s work sheds light on how this protein serves as a signal-sorting hub: its atomic structure reveals why it is capable of interacting with different partners. More importantly, by changing its partners, Beclin-1 can modulate cellular autophagy activity and thus influence a cell’s survival or death. Better understanding of how Beclin-1 and its various binding partners regulate autophagy could, for example, help determine how it can be exploited in cancer therapy, since autophagy and Beclin-1 are both key players in tumour suppression as well as resistance to chemotherapy.

Based on this important finding, Dr Zhao plans to further research on the role of Beclin-1 as this remarkable autophagy regulator, and how such knowledge might be translated into innovations and improvements in disease treatment.