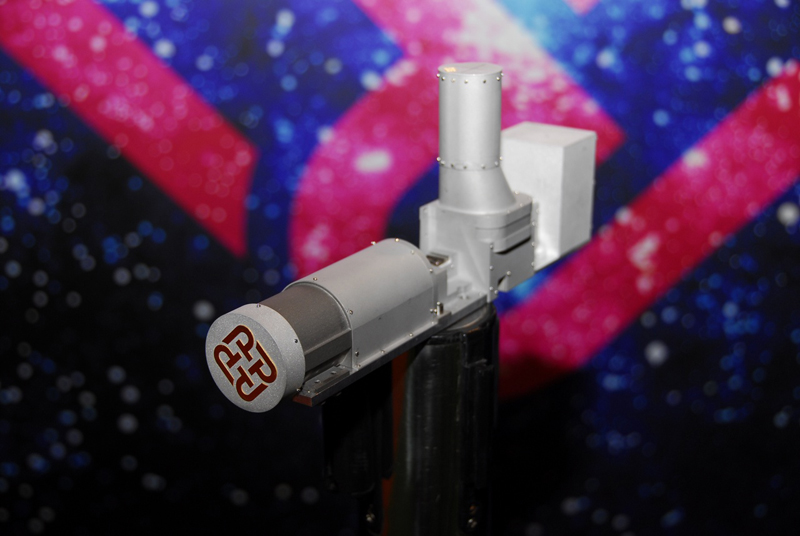 A Russian spacecraft carrying the state-of-the-art space tool made by The Hong Kong Polytechnic University (PolyU) is set to embark on a one-year space journey to the Red Planet at the Baikonur Cosmodrome in Kazakhstan on 8 November 2011 Moscow time.

This historical mission, also known as the "Phobos-Grunt" (which means soil of Phobos, the largest moon of Mars), marks the first strategic interplanetary collaboration between China and Russia.  This is also the first interplanetary mission of Russia after the dissolution of the former Soviet Union. PolyU has been entrusted with the responsibility of designing a mission-critical space tool known as the "Soil Preparation System" (SOPSYS) for the Sino-Russian Mars Mission.

Of interest to the scientific community will be the mission's first bold attempt in the history of mankind to land on the Martian moon Phobos and collect soil sample for in-situ analysis. If the mission goes as planned, the spacecraft carrying both PolyU-made space tool and Chinese satellite Yinghuo-1 will go near the Red Planet in November 2012. The explorer will then release Yinghuo-1 into orbit around Mars; and seek to release the Lander carrying PolyU-made SOPSYS onto the surface of the potato-shaped Martian moon Phobos.

SOPSYS weighs merely 400 grams and measures slightly larger than a cigarette pack. It is capable of grinding and sifting Phobos rock to the size of less than 1mm in diameter and then from it into a plug of measured size for in situ analysis. This procedure is considered a crucial step in understanding the evolution of the universe and the formation of the planet Mars.

The aerospace authorities of China and Russia agreed to jointly probe Mars and its innermost moon Phobos, following the signing of space collaboration agreement as witnessed by Chinese President Hu Jintao and former Russian President Vladimir Putin on 26 March 2007 during a state visit of Chairman Hu to Russia. Apart from in-situ analysis, the probe will also be making a Mars-Earth return journey to study the soil sample and the effect of cosmic radiation on the Life capsule containing bacteria onboard the spacecraft.

This collaboration with Russian Space Agency is made possible with the unremitting efforts of PolyU Fellow Dr Ng Tze-chuen, who is a dentist by profession; and Professor Yung Kai-leung, Associate Head of the University's Department of Industrial and Systems Engineering. They have put much effort in negotiating with space authorities and showed their experience of developing space tools and working with the Russian Space Agency and European Space Agency.

The University has a wealth of experience in developing space tools and for space agencies over the years. SOPSYS is also designed by Professor Yung and locally manufactured at the University' Industrial Centre.

The development of space tool by PolyU researchers can be dated back to 1995 with the launch of the Space Holiner Forceps for Russian astronauts working on the MIR Space Station. The Holinser Forceps, which function like a pair of dental forceps, were designed and developed by PolyU scientists and engineers from a concept initiated by Dr Ng. The idea was further developed into the Space Forceps System which consists of 70 inter-connectable components for used by astronauts in space. In 1995, four sets of Holinser Forceps were ordered by the Russian Space Agency for use by astronauts in precision soldering at the MIR Space Station.

In 2003, PolyU scientists also designed and developed the Mars Rock Corer which was carried onboard the Beagle 2 Lander in a spacecraft of the European Space Agency's Mars Express Mission. Although the Beagle 2 Lander reportedly crashed on the surface of Mars, PolyU researchers never give up their dream for space exploration. Professor Yung is also involved in designing the "Camera Pointing System" for Phase 2 of China's lunar exploration programme, which will be carried on board the Chang'e-3 spacecraft scheduled to be launched  towards the end of 2012.