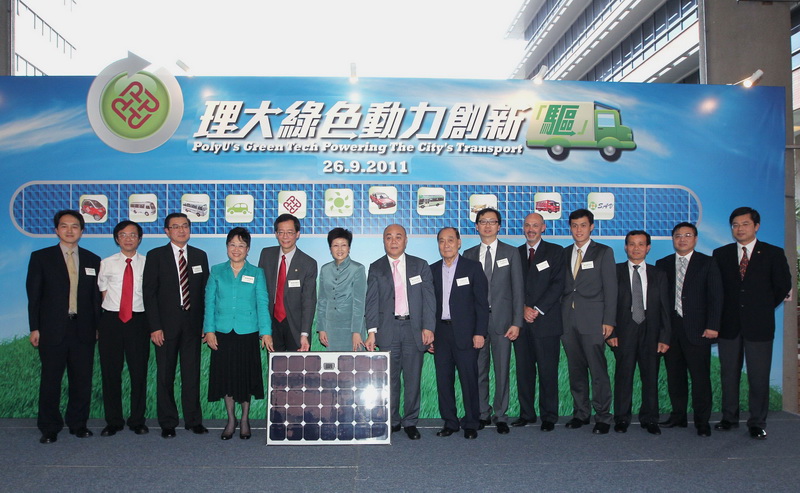 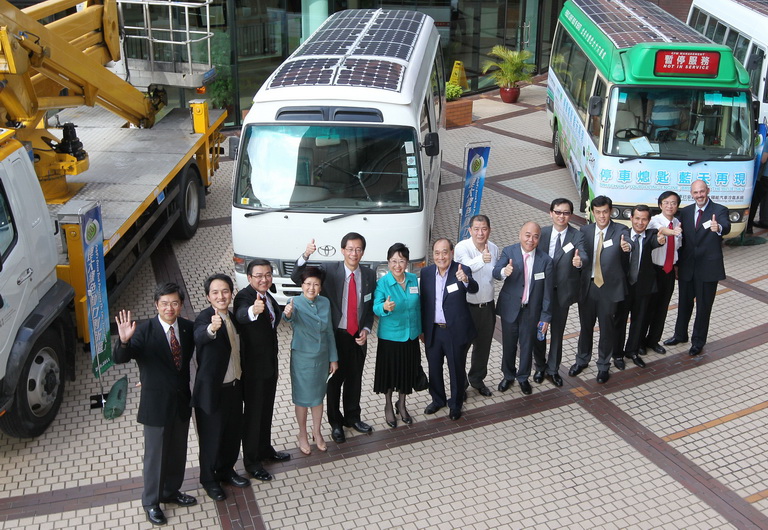 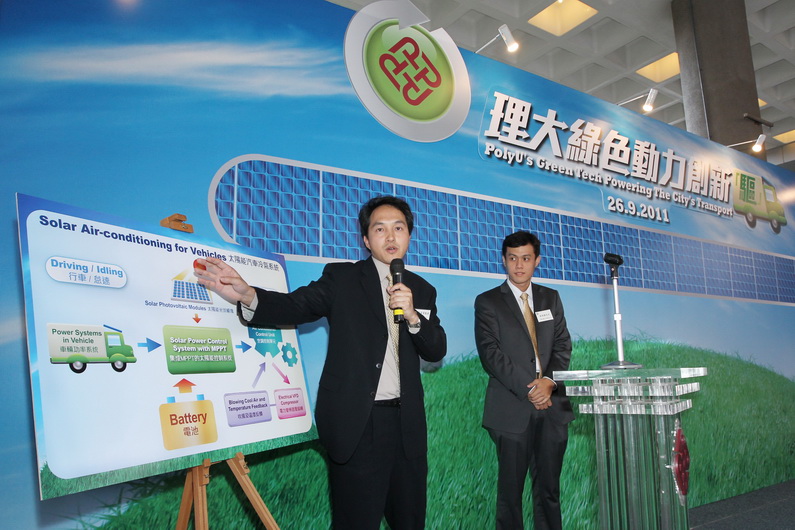 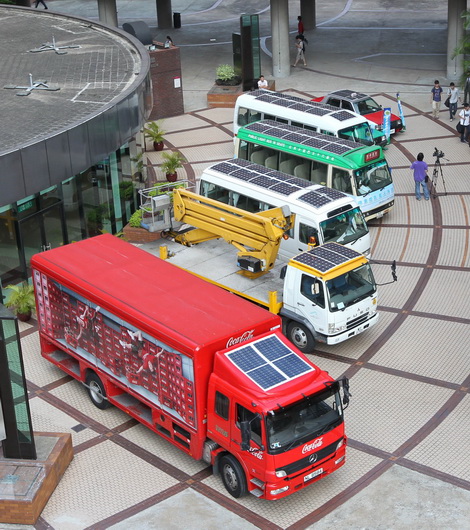 With strong support from the industry, The Hong Kong Polytechnic University (PolyU) has garnered momentum to further promote the use of its award-winning Solar-powered Air-conditioning System for installation on different types of vehicles, which now include mini-bus, taxi, public light bus and truck.

This green innovation was developed by Professor Eric Cheng of the University's Department of Electrical Engineering together with Green Power Industrial Ltd. With the support of Swire Coca-Cola Hong Kong, the system was first installed on the top of a truck for carrying beverages and proved to work on the road last year.

To mark the further use of solar energy on the road, the pioneering users and stakeholders gathered on the PolyU campus today (26 September) to join the "Green Transport Powering Ceremony" and showed their commitment for green transport. Dr Kitty Poon Kit, Under Secretary for the Environment; Legislative Councillor the Honourable Miriam Lau Kin-yee; PolyU President Professor Timothy W. Tong; and Mr Jacky Lau, Vice President of Green Power Industrial Ltd. also addressed the occasion and showed their support.

Speaking at the press briefing, Professor Tong said the innovation has provided a practical solution to providing green energy for the much-needed air-conditioners for professional drivers in Hong Kong. He acknowledged the support of Swire Coca-Cola Hong Kong for this project from the stage of pilot testing. He also registered a vote of thanks to the Airport Authority Hong Kong and the transportation industry for supporting its use.

The vehicle installed with the Solar-Powered Air-conditioning System differentiates itself with solar energy panels made up of photovoltaic modules atop. As it moves along the roadside, it will automatically harvest solar energy for storage in a specially made battery system supported by an optimized control system.

The solar power collected will support a stand-alone electric air-conditioner which can be switched on when the car engine is not running. This sophisticated system can also operate during cloudy or rainy days because solar energy is automatically stored in the battery during sunny weather.

Earlier this year, Professor Eric Cheng and his team had won a Special Prize and Silver Medal for the Solar-powered Air-conditioning System at the 39th International Exhibition of Inventions of Geneva which was held in April 2011.