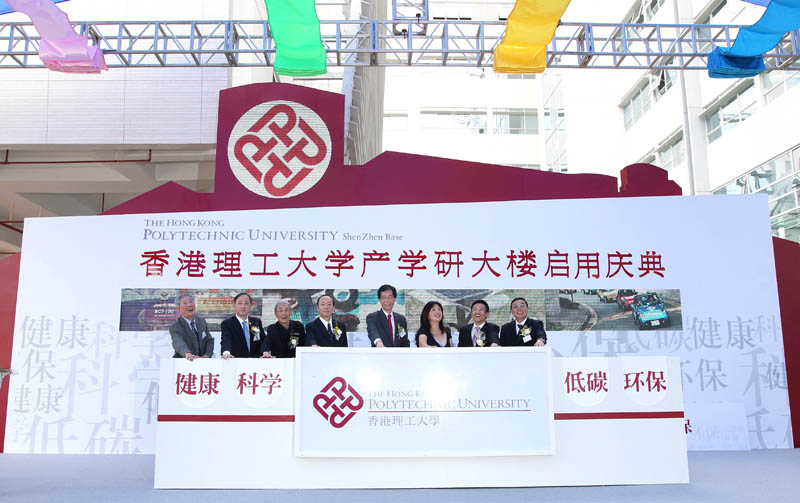 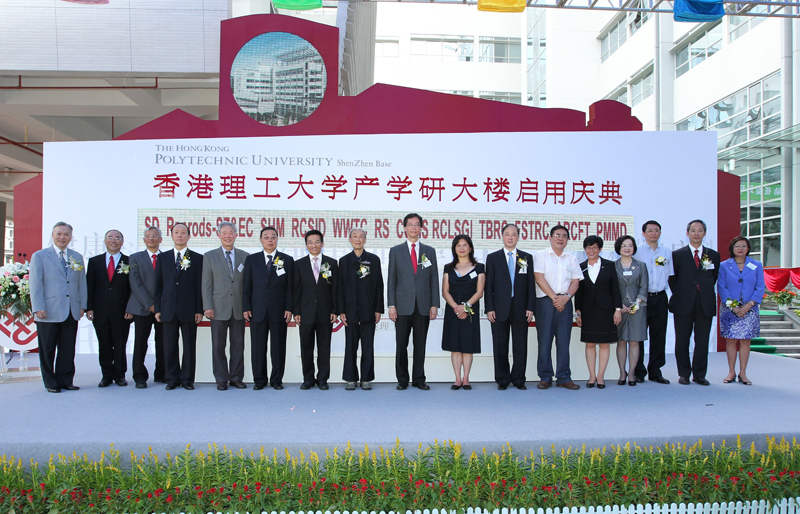 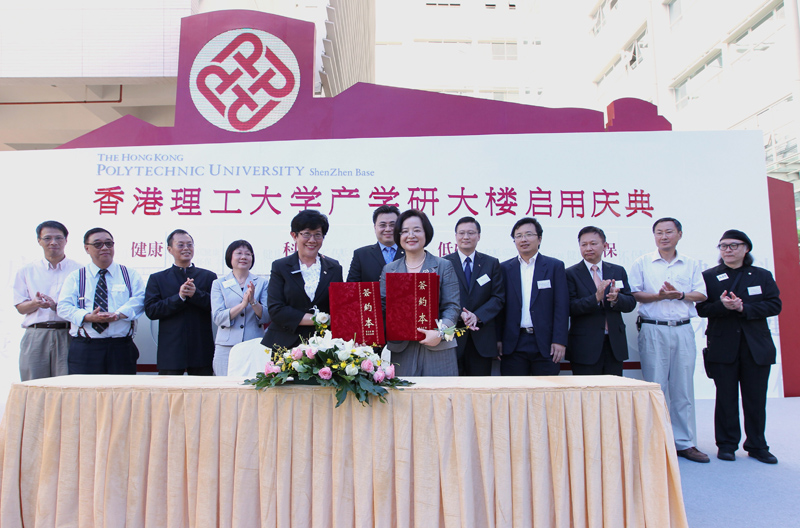 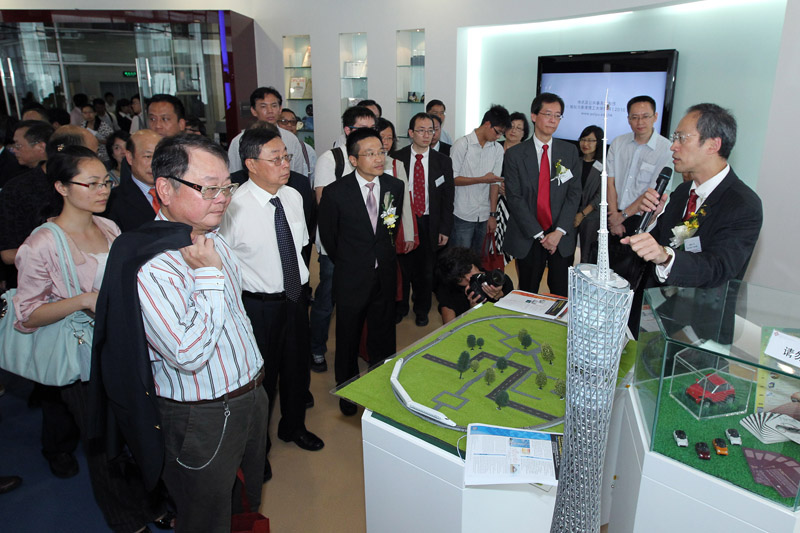 With the opening of its Shenzhen Base in the Nanshan District's High-Tech Industrial Park, The Hong Kong Polytechnic University (PolyU) is well poised to further strengthen its collaboration with enterprises in Shenzhen and the Pearl River Delta (PRD) region, nurture more professional manpower, and make further contribution to the PRD region's economic and technological development.

Addressing the ceremony, Professor Tong said, "The Chinese government is actively promoting innovation and technology development and has set up many large-scale research funds to encourage enterprises and tertiary institutions to work together. Moreover, with the incorporation of the ‘Framework Agreement on Hong Kong/Guangdong Co-operation' to the National 12th Five-Year Plan, PolyU will seize the opportunities arising from the State's research policy to advance innovation and technology development with our own strengths."

PolyU's Shenzhen Base has secured research funding from the Guangdong Provincial Department of Science and Technology to set up the "Guangdong-Hong Kong International Bioengineering Joint Research Centre". In addition, the Shenzhen Municipal Government has set aside funding to support other projects.

The Shenzhen Base has two important research platforms: "Low Carbon Technology and Sustainable" and "Health Science", each with six research centres (see appendix) under its aegis. The new premises will also become PolyU's base for nurturing the much needed talents for the enterprises and government departments of the PRD region.

The opening of the Shenzhen Base will facilitate further collaboration between PolyU and mainland enterprises on research development. Meanwhile, the Base has attracted five high-technology enterprises for R&D incubation as well as four enterprises for deep collaboration in the areas of special polymer materials, high-speed rail safety, biological textile materials and LED energy. PolyU has signed four related Memoranda of Understanding during the ceremony. The incubation units are also expected to provide internship opportunities for PolyU students.

PolyU's collaboration with Shenzhen has come a long way. In 2004, PolyU entered into an agreement with Shenzhen Virtual University (SVU) to set up its own research centres and training facilities in the latter's premises. Since then, PolyU became the first Hong Kong tertiary institution to have stationed in SVU State Science Park. The University also won the Municipal Government's support to build this dedicated premises.

The 7-storey new building covers a gross floor area of 12,500 square metres on a site of 5,600 square metres in the SVU Science Park. The new premises will house PolyU's existing administrative, training and research units under one roof. It also provides one-stop service in scientific research, training and enterprise incubation.