Monitoring and Manipulation of Atomic Interface in Catalysis 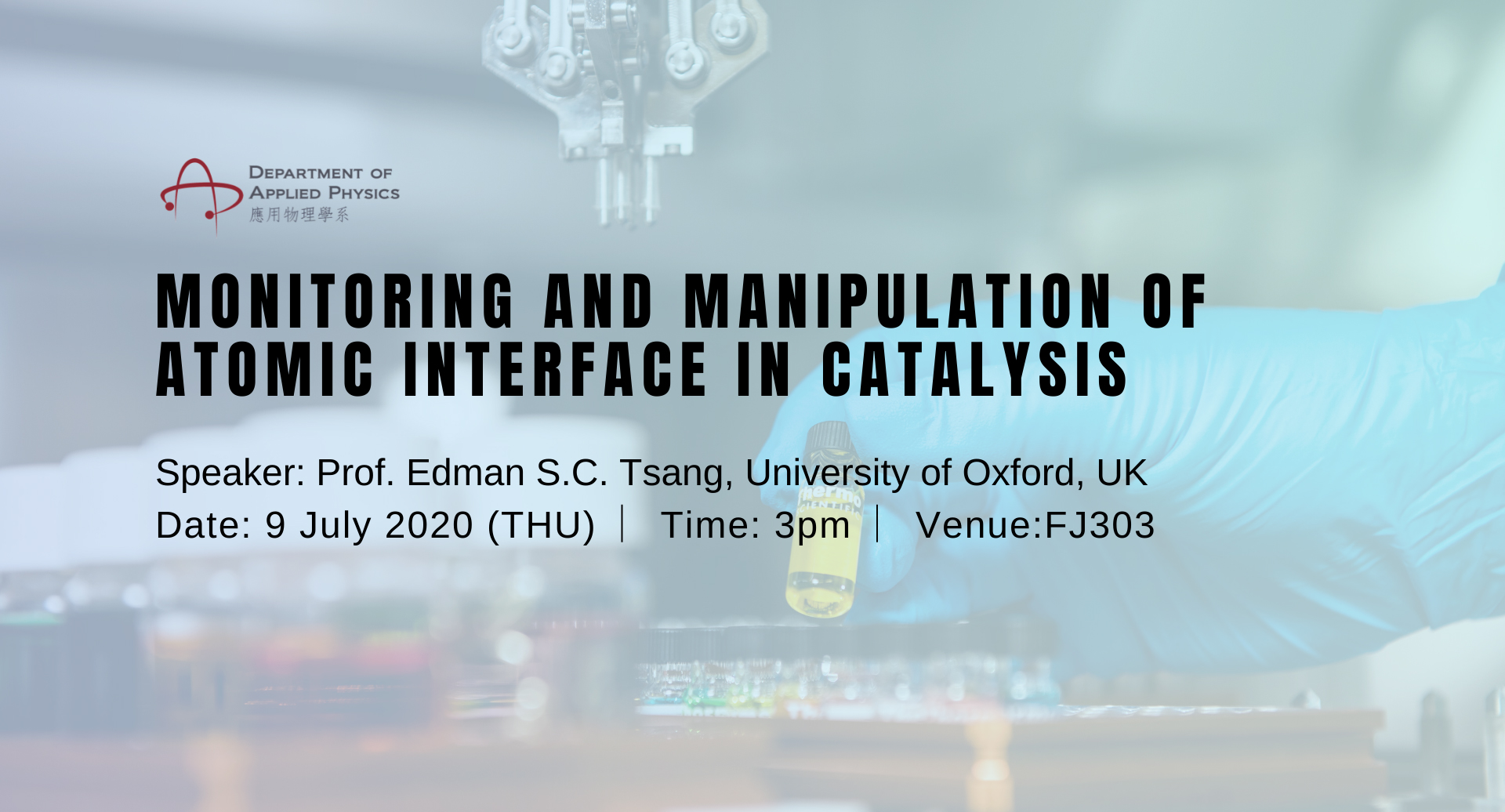 Recent developments in nano-science and novel analytical characterization have opened up new directions in chemistry to allow the synthesis of new catalytic materials which could not be obtained by conventional means. The current research shows that they exhibit many fascinating surface, size and shape dependent properties. The use of well-defined, characterized pre-formed catalytic materials is a new direction for many exciting applications. In this presentation, novel catalytic materials of controllable composition, size, morphology, surface and atomic interface and their characterization methods will be presented. Some of them show exceptional catalytic activity and selectivity towards desired products. Typically, I will show that by combining the skills in synthesis and characterization will allow creation of tunable interfaces to give high activity, whilst the undesirable reactions can be greatly suppressed. Such atomic arrangement can affect the reaction kinetics and mechanisms of selected catalysis. This work clearly demonstrates the advantage in engineering preformed interfaces via a bottom-up construction and illustrates that this route of catalyst design may lead to improved catalytic processes with reference to their mechanistic aspects. In this talk, I will particularly show that when small light atoms such as hydrogen, lithium, boron, carbon takes residence in palladium interstitial lattice sites, the adsorptive properties of palladium are significantly modified by the subsurface atoms and demonstrate ultra-selectivity in a number of challenging alkyne hydrogenation reactions, which outclass the performance of Lindlar catalysts. I will also discuss the importance of structural and electronic (quantum size) effects at the materials interfaces in a number of important catalytic reactions concerning greener energy provisions (for example, fuel cells catalysts, ultraselective reforming catalysts, photocatalysts)  and  CO2   activation  and  understanding  of  zeolite  chemistry  in  catalysis conversions, etc. Control modifications of structural and electronic properties using chemistry skills will also be described.