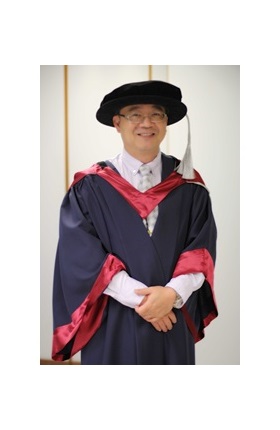 Associate Editor/Journal of Advances in Aerodynamics

Studies on the fascinating high-speed flow promote the development of super- to hyper-sonic vehicles, such as Supersonic Combustion Ramjet (SCRamjet), aerospace shuttle, as well as various hypersonic vehicles. The research team led by Prof. Chih-Yung Wen at the Department of Mechanical Engineering of the university focuses on a few key elements in this field: 1) the interaction of the detached shock with rain droplet during the reentry of a space shuttle; 2) controlling of boundary layer transition during hypersonic flight; 3) non-equilibrium flow in and out of a hypersonic vehicle where the real-gas effect has to be considered; and 4) interpreting the mechanism of detonation and pursuing its accurate simulation.

Both numerical and experimental platforms have been built and researches are proceeding based on them. The in-house CFD method has shown good performance in capturing shock waves and contact discontinuities in simulating compressible single- and multi-fluid problems and the method itself is under further development. Shock tube with shadowgraph visualization system has produced reliable shock/droplet interaction images which not only validated the numerical simulations but also facilitated other high-speed flow research. A boundary layer transition control strategy is conducted numerically on a Mach 6 flat-plate using heating or cooling strip, where an efficient way to stabilize the hypersonic boundary layer is obtained. Considering the vibrational nonequilibrium effect, a modified steady one-dimensional Zel’dövich-von Neumann-Doring detonation model has been proposed, which confirms its important role played in the detonation cell size change. Via extensive numerical simulation on detonation, the vibrational relaxation in the chemical reaction has also been testified to be a crucial mechanism.

Plasma actuators have attracted considerable attention in the aerospace industry due to their features of simple mechanism, easy maintenance, low cost and fast response, and they can be formed to various shapes of vehicles. The plasma actuator ionizes the gas molecules and forms the plasma. Electric field induces the motion of plasma and results in the ionic wind which alters the velocity profile inside the boundary layer through the particle collisions and finally changes the aerodynamic characteristics of the vehicle. The research team experimentally investigated the effects of Dielectric Barrier Discharge (DBD) plasma actuators on the aerodynamics of a slender delta wing. The leading edge vortex breakdown locations under both symmetric and asymmetric control forms and various control frequencies are summarized. The aerodynamic response to the controls suggests that the DBD plasma actuator is a promising technique for delta wing maneuvering. More investigations on the delta wing maneuvering will be conducted in the near future.

Fig.4 Smoke flow visualization results of the DBD actuators acting on the leading edges of a delta wing model with a 75-deg swept angle: (a)(b) DBD off (baseline), (c)(d) asymmetric control (The DBD actuator is installed on the right leading edge), and (e)(f) symmetric control (DBD actuators are installed on the both leading edges). Pictures in the left column represent top view of lase sheet arrangement for the longitudinal cross-section observation and pictures in the right column represent rear view of lase sheet arrangement for the vertical cross-section observation

Wilderness search and rescue entails performing a wide-range of work in complex environments and large regions. Given the concerns inherent in large regions due to limited rescue distribution, UAV-based frameworks are a promising platform for providing aerial imaging. The research team led by Prof. Chih-Yung Wen developed an all-in-one camera-based target detection and positioning system and integrated it into a fully autonomous UAV. It is capable of on-board, real-time target identification, post-target identification and location and aerial image collection for further mapping applications. A UAV communication relay solution was also developed by the research team to extend the communication range and bypass obstacles in complex environments. In the application of tail-sitter vertical take-off and landing (TVOL) UAV, a hardware-in-loop simulation environment is established which is capable of real-time dynamic simulation and supports a robot operating system (ROS)-based open-source autopilot. An independent ROS package is well prepared for data communication between a simulator and flight control computer. 2016 Taiwan UAV competition champion is awarded to Prof. Wen’s team. In the MAV field, autonomous control is well realized on a four-wing flapping MAV by which the clap and fling mechanism was proven to play a key role in the lift generation. The understanding of MAV structure and aerodynamics has promoted the designing of flapping MAVs.

Fig.5 Photos of a fixed-wing UAV and a tail-sitter VTOL